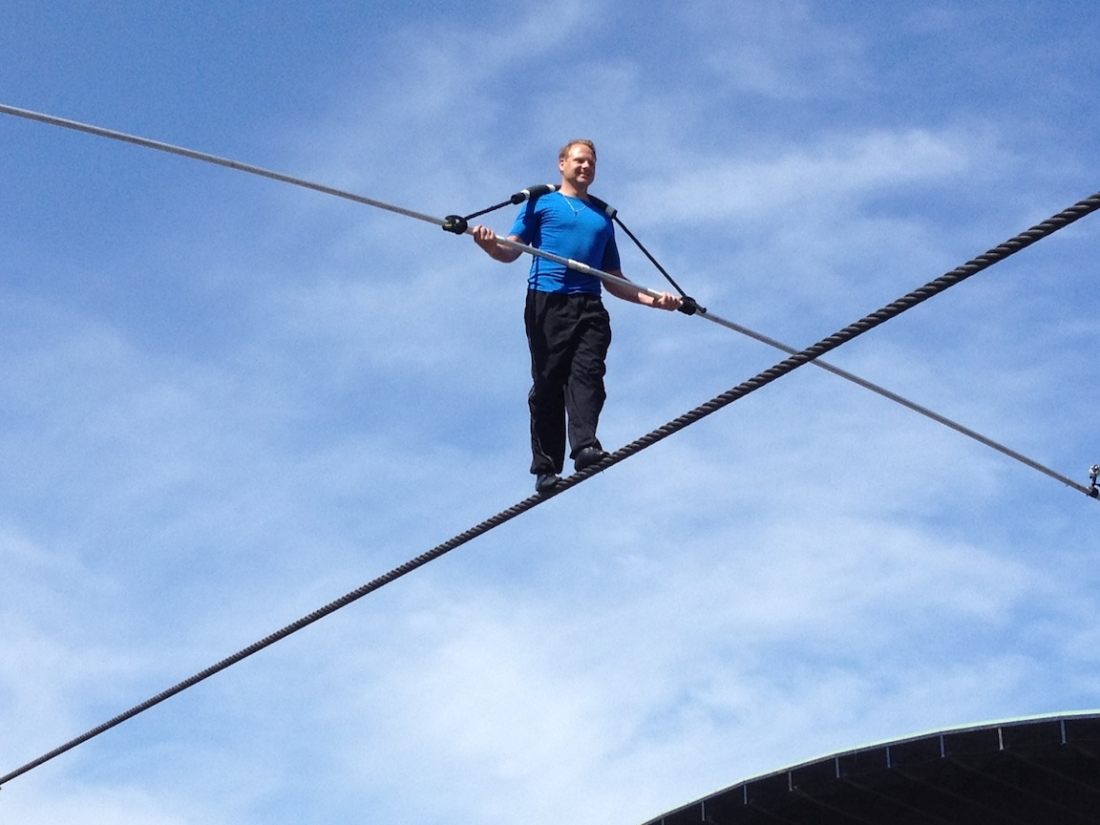 Daredevil Nik Wallenda returns to conquer his most dangerous highwire walk yet: Over active Masaya Volcano in Nicaragua

ABC and dick clark productions announced Nik Wallenda, seventh generation of the Great Wallendas, will return to the highwire for a daring 1,800-foot-long walk over the active Masaya Volcano in Masaya, Nicaragua. “Volcano Live! with Nik Wallenda” will air as a live two-hour special on Wednesday, March 4 (8 p.m. EST). This will mark Wallenda’s longest and highest highwire walk ever attempted and make him the first person to embark on the 1,800-foot-long walk over the famed volcano.

The date of this highwire special was first announced during ABC's telecast of "Dick Clark's New Year's Rockin' Eve with Ryan Seacrest 2020" from Times Square, the same location where Wallenda walked a highwire 25 stories above New York City in June.

Part of the famed Pacific Ring of Fire, Masaya encompasses multiple craters and is one of very few volcanoes to possess a lava lake. The extreme environment at Masaya will add an extra set of risks to Wallenda’s already daring walk. Throughout the televised event, Nik and his family will be featured in interviews about the rigging, planning and execution of the walk. Volcanologists and various professionals will also be on-site to lend their expertise.

“After spending years scouting and researching volcanoes, I fully realize why no one has ever attempted this feat: Mother Nature is extremely unpredictable. It is by far the most dangerous walk I have ever attempted, and that alone makes it very intimidating,” Wallenda said. “I am pushing myself beyond my comfort zone by the feat itself, but I know that I am up to the challenge. I must admit, it is scary.”

“We are thrilled to be able to showcase Nicaragua through an ambitious walk by Nik Wallenda, one of the most incredible highwire performers,” said the government of Nicaragua through Cinemateca Nacional, INTUR, MARENA and INETER. “We look forward to viewers witnessing the beauty of our country as Nik crosses the Masaya Volcano.”

In June, ABC aired Wallenda’s “Highwire Live in Times Square with Nik Wallenda,” hosted by Michael Strahan and co-hosted by Erin Andrews. Joined by his sister, Lijana, Nik’s triumphant walk took place 25 stories above New York’s illustrious Times Square. Nik and Lijana started from opposing ends of the wire, meeting in the middle and crossing over each other. The walk, which marked Lijana’s first since her devastating highwire fall, was finished successfully as the duo each ended on the opposite side of where they started.

“Highwire Live in Times Square with Nik Wallenda” ranked No. 1 in its two-hour time period in total viewers and stood as Sunday’s No. 1 TV show on the major networks among adults 18-49. “Highwire Live” built steadily throughout its telecast, surging by 3.3 million viewers and by 100% in adults 18-49 from its first to final half-hour.

In June 2012, Wallenda crossed Niagara Falls on a high wire.