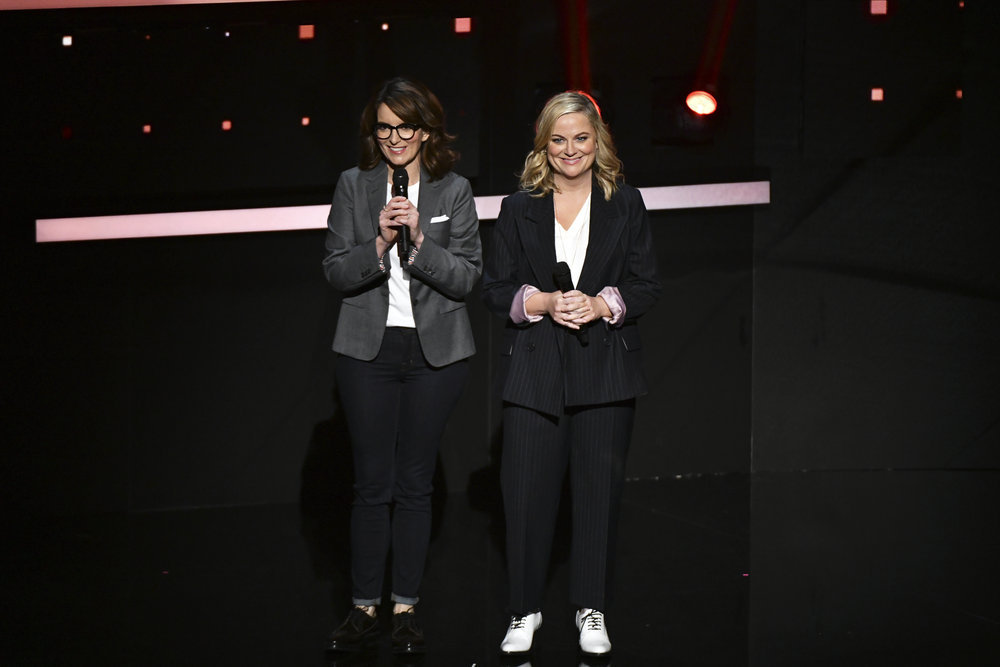 Award-winning comedy icons Tina Fey and Amy Poehler are returning to the Golden Globes as co-hosts for the 2021 telecast.

The announcement was made by NBC Entertainment Chairman Paul Telegdy during the network’s day at the Television Critics Association Tour in Pasadena, California.

The date of next year’s Golden Globes will be announced at a later time.

Fey and Poehler were critically applauded when they hosted the Globes from 2013-15, receiving universal praise for their witty on-stage banter and effortless rapport with one another.

“NBC has long been the home to two of the funniest people on the planet – Tina Fey and Amy Poehler – and we didn’t want to wait any longer to share the great news that they’ll be hosting the Globes once again,” Telegdy said.

“There’s no denying that Tina and Amy’s comedic chemistry is infectious,” said Lorenzo Soria, president of the HFPA. “We can’t wait to see the dynamic duo return to the Golden Globes stage.”

“Tina and Amy have provided Golden Globes viewers with some of the most memorable moments the show has ever seen,” said Amy Thurlow, president of dick clark productions. “We’re thrilled to welcome them back in 2021.”

Fey has won two Golden Globes and six Emmys for writing and/or acting for the multi-Emmy Award-winning comedy “30 Rock” and “Saturday Night Live.” Fey and Robert Carlock are also producers of the Netflix/Universal Television series “Unbreakable Kimmy Schmidt.” The show was Emmy nominated four times for Outstanding Comedy Series and an upcoming interactive special is due out later this year.

Poehler is a Golden Globe and Emmy winner, well known for her portrayal of eternal optimist Leslie Knope on NBC’s beloved comedy “Parks and Recreation.” She is currently an executive producer of the Emmy-nominated Netflix comedy “Russian Doll” and executive producer/co-host of NBC’s “Making It.” She also is an executive producer and co-star of the upcoming animated series “Duncanville” on Fox.

The Golden Globe Awards, often referred to as “Hollywood’s Party of the Year,” is one of the biggest nights on the calendar for live viewing. It’s also one of the few award shows that combine the honorees of both film and television. The 2020 Golden Globe Awards telecast averaged a 4.7 rating in adults 18-49 and 18.3 million viewers, according to Nielsen Media Research, and was the No. 1 primetime entertainment telecast on the broadcast networks in adults 18-49 since the Academy Awards on Feb. 24, 2019 (7.7 rating).