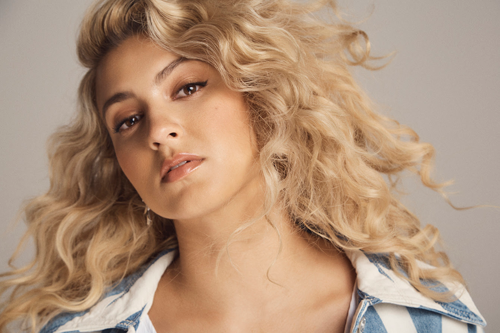 “Tori and I have met a few times at different awards shows, and I also connected with her husband, André, a while back over social media,” Asbury said of the new recording’s genesis. “He told me they loved my album and were really impacted by ‘Reckless Love.’ When we were brainstorming ways to reimagine the song, we decided to rerecord it with someone we really admire. I’m a massive fan of Tori’s talent and her name came up quickly. I reached out to André and he said she would love to do it, and she absolutely destroyed the vocal!”

“Getting to be a part of this beautiful song is so special for me. I have been a big fan of Cory’s music for a while and I have seen how his music has impacted people,” Kelly told Billboard.com. “I personally have had many experiences where I have cried tears of overwhelming joy while listening to ‘Reckless Love,’ and it has filled my heart with a sense of gratitude. It is such an honor to be able to join Cory on this new version of one of the most powerful worship songs of this generation.”

The duet marks Asbury’s return to the spotlight following a year-long sabbatical. His original recording of “Reckless Love,” which serves as the title-track of Asbury’s 2018 Bethel Music solo debut, quickly became one of the biggest hits in Christian music history. Written by Asbury, along with Caleb Culver and Ran Jackson, the single spent a total of 18 weeks at No. 1 on Christian radio charts. “Reckless Love” was also nominated for a 2019 Grammy Award for Best Contemporary Christian Music Performance/Song and took home Song of the Year and Worship Song of the Year trophies at the 49th Annual GMA Dove Awards in 2018.

Embraced around the world, “Reckless Love” was recently named Billboard’s No. 4 Christian song of the decade and has garnered more than 144 million combined streams on Spotify and Apple Music.

“When I reflect on ‘Reckless Love’ in the context of my past year – being totally off the road and just focusing on being with my family – I hear God say, ‘You’re not behind,’ ” said Asbury, who continues to serve as a worship pastor at Kalamazoo, Michigan’s, Radiant Church. “Walking away from all the success the song brought might have looked like a stupid decision, but he tells us to evaluate our lives by his thoughts and his word – that’s all that matters. For all of us, I hope hearing him speak amidst the anxieties we face in our workplaces will correct a lot of the accusations we feel on a daily basis.”

Bethel Music is an 11-time Dove Award-winning and Grammy-nominated Christian worship ministry formed as an extension of Bethel Church in Redding, California. Beginning in 2001, Bethel Music has grown from a local church music ministry to a global outreach comprising a collective of songwriters, artists and musicians. In 2019, Billboard named Bethel Music among the top record labels in Christian music.

To date, Bethel Music has released 14 corporate worship albums, seven of which reached Billboard’s top Christian albums chart, each carrying a unique expression of worship to inspire and unite the global church.

Along with the label’s 11 Dove awards, “This is Amazing Grace” was named ASCAP's Christian Music Song of the Year in 2015, with Asbury's "Reckless Love" earning the same honor in 2019. “Reckless Love” was also nominated for a 2019 Grammy Award and was Billboard’s fourth most popular Christian song of the decade.