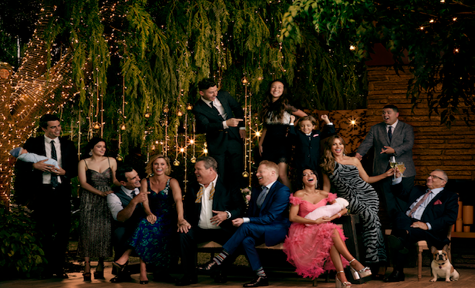 Fans can vote for their all-time favorite episodes of for a special ‘Modern Marathon’ to air Wednesday, March 11

The Pritchett-Dunphy-Tucker clan are ready to say goodbye – but not before giving fans one final night of belly laughs as one of television’s great family comedies.

Currently in its 11th and final season, ABC announced today that the Emmy Award-winning series “Modern Family” will air its series farewell episode on Wednesday, April 8.

In addition, ABC is giving fans the power to program an entire night filled with their favorite “Modern Family” episodes that will air Wednesday, March 11 (8-11 p.m. EDT). The night will kick off with the episode that started it all – the “Modern Family” series premiere – followed by five additional fan-chosen episodes, giving viewers a chance to gather their families for the ultimate “Modern Family” binge (and relive some of the Pritchett-Dunphy-Tucker clan’s most hilarious, jaw-dropping and monumental moments).

Critically lauded for revitalizing the television sitcom when it premiered in fall 2009, “Modern Family” also quickly cemented itself as a culturally defining series. The show featured characters who lived their lives on their own terms, broke down stereotypes and shared their biggest embarrassments, mishaps, tender and funny moments with the world.