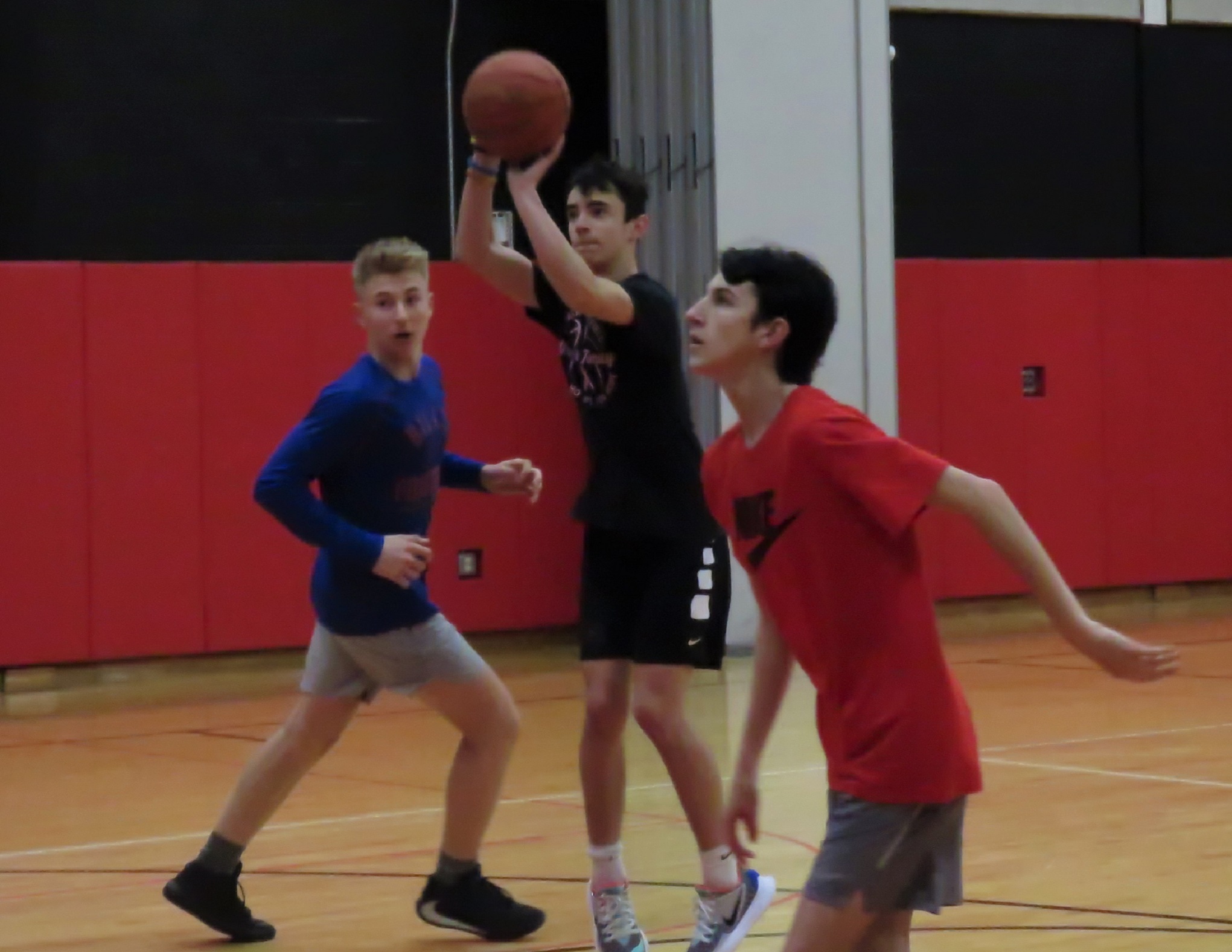 Those who have gone on a roller coaster know, the ride goes up, down and every which way. The Niagara-Wheatfield Falcons 2018-19 boys basketball season was (in a way) like the amusement park thriller. There were ups, downs, turns and bumps, but the main emotion of that roller coaster – it was a thrilling time.

After starting 2-5, the Falcons won eight of its next 10 games and rode a wave of confidence heading towards the Section VI playoffs.

After defeating league rival Kenmore West in the pre-quarterfinals, the team had another nemesis to deal with; one a bit closer to home – the North Tonawanda Lumberjacks.

The Jacks stood in the way of Falcons history – a trip back to Buffalo State College for the sectional semifinals, a feat last accomplished by Byron Mulkey and the Falcons 14 years prior.

After a slow start, the Falcons pulled a miraculous comeback on the NT court to advance. The ride ended in the semifinals with a loss to Williamsville East, but nevertheless, history had been made.

2019-20 is an all new roller coaster, though, and graduated seniors Raejaun Smith, Davon Ware, Roman Wright, Cam Miller and Zach Stanley will not be on for the ride. The fresh season will call for new faces, as the Falcons look to continue success gained from last year.

For Falcons coach Erik O’Bryan, he said it will be tough to adjust to the recent departures, and, even though those seniors will always be part of the “Falcons family,” filling in the missing pieces for the new season will be interesting.

“I think every year has its challenges. I don’t like to say replace, because those guys that played for you over the years I will never replace them,” O’Bryan said. “Trying to fill their shoes is a different topic and it’s difficult. Our team is up to difficult challenges.”

Stepping into those sneakers will present a new-look Falcons squad. The team returns five players, including sophomore guard TJ Robinson and senior Ben Salomon, who started on last year’s squad; Andy DeVantier, Ryan Mellerski and Joe Woroniecki. The five lived through last year’s season-ending loss to Williamsville East, and O’Bryan said there is willingness with the guys to succeed again this season.

“If you ever met Ben Salomon, that’s all he is. It’s like this fire that burns inside him all day. I can guarantee Ben and them are not happy we lost last year,” he said. “Ben is that guy for us. He’s that glue guy that you know what you’re getting every time he steps on the floor. Andy and TJ, I don’t have other guys that put in as much time (on their game) as they do. They’re here all the time. … They will have a good year, those guys.”

O’Bryan added that big things are expected from senior Jay Smith, Mellerski and Woroniecki. The coach said a year of going against players from last year’s squad benefited the trio and that the competitive practice was “outstanding.”

The 6-foot-4-inch Woroniecki is coming off a splendid soccer season, which the Falcons advanced to the Far West Regional for the first time in program history. The Section VI title winning Woroniecki has helped show what it takes to make a deep playoff run, O’Bryan said.

“He’s bringing a lot of that to us, meaning ‘Yeah, you can go far. … You just don’t get there on talent. You need talent, but you also need some other things to go your way. You need that chemistry, you need that effort every day.’ That’s been the big thing so far – making sure our effort is there,” O’Bryan said.

“I think he’s going to be fantastic. He’s going to be the real deal at some point. Now you’re talking (that) we have a freshman point guard and returning sophomore who started 23 games for us and averaged 13 to 14 points a game for us. … Now we have two guards that, by the time they’re done here, you’re going to be watching Wheatfield and see one of the best backcourts in Western New York. I really believe that. … They’re going to be one of the best by the time they are a senior-junior combination,” O’Bryan said. “I can just see where they’re going to progress to and we’re excited about that.”

And for Robinson, O’Bryan said he expected an even better season this year and added that the sophomore’s defense has vastly improved since the end of last season.

All coaches have expectations for their seasons, but O’Bryan said he didn’t want to think about later games, and that his team just needs to stay in the present.

“I tell our guys just to live in the moment. Let’s not get too high or too low about anything. Let our hard work and dedication and teamwork take over and put us in wherever it may. Our expectation is to play as hard as we can every possession, play as hard we can every game. … That’s how we’re approaching it,” he said.

In some early season contests and scrimmages, O’Bryan said he liked the effort his team showed and that it will take the team as far as it wants to go.

“You can do a lot of things when you have effort. X’s and O’s and all that stuff doesn’t matter. But if you don’t give or have effort, chances are those X’s and O’s won’t work anyways,” he said. “I like how we learn and ask questions. I think over the last couple years, each team has grown and I think it’s something that is learned. So, this is all learned behavior, and that’s the best behavior to have. … They’re becoming the behavior and the attitude that we want as a Niagara-Wheatfield basketball player.”

O’Bryan added that as nice as wins are, he enjoys seeing his players grow to become good, high character citizens in the community and academically.

“At the end of the day, that’s what we want. I want kids who are going to move on, graduate from college and be a success story. If we win games in the meantime, that’s a bonus,” he said.

After a season opening win over Wilson, the Falcons have dropped two-straight contests. N-W (1-2) hits the hardwood at 6:30 p.m. Friday, Dec. 13, versus North Tonawanda.