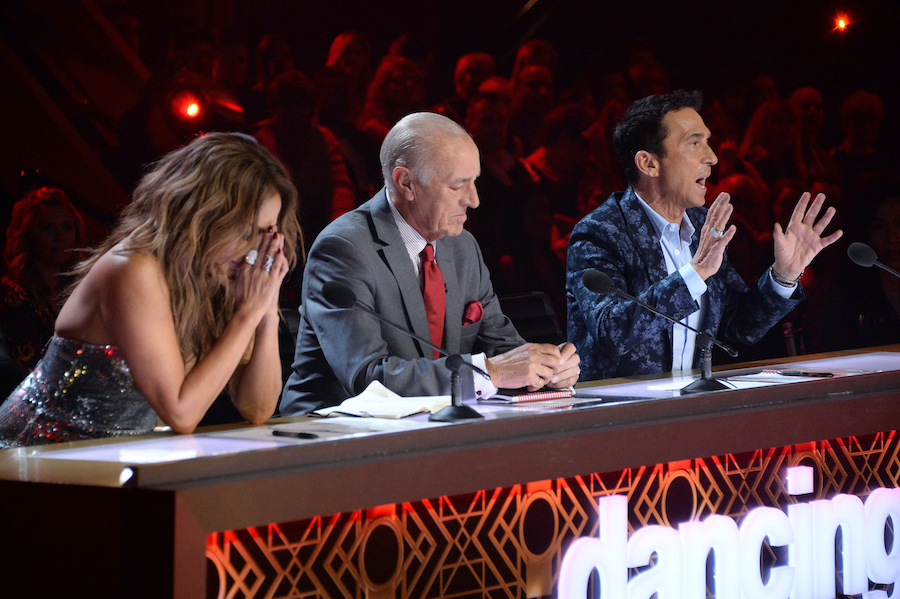 It all comes down to this: 4 celebrity and pro-dancer couples compete to win Mirrorball Trophy on ABC's 'Dancing with the Stars'

Five celebrity and pro-dancer couples returned to the ballroom to compete in the semifinals of the 29th season of “Dancing with the Stars” this past Monday on ABC. The stakes were high, as there were two rounds of competitive dance performances to get teams into the finals for the season finale.

Vying for America's vote, each couple danced to a variety of songs, including Kelly Clarkson's "Stronger," The Temptations' "Get Ready," Tim McGraw's "Humble and Kind," Hozier's "Take Me To Church," Vanessa Williams' "Save the Best for Last," Ed Sheeran's "Perfect" and Whitney Houston's "I Will Always Love You," among others.

In the end, James Van Der Beek was eliminated.

It all comes down to this as four celebrity and pro-dancer couples return to the ballroom to compete and win the Mirrorball trophy on the 11th and final week of the 2019 season of “Dancing with the Stars,” live, Monday, Nov. 25 (8 p.m. EST), on ABC (TV-PG, L). Episodes can also be viewed the next day on ABC.com, the ABC app and Hulu.

For this last week of the competition, the opening number will consist of the remaining couples dancing to “Last Dance” by Donna Summer. There will be two rounds of dancing where each couple will do one repeat performance from earlier this season. And in the last element of competition, the couples will perform the most anticipated dance of the season: the fan-favorite freestyle routine.

Mega-superstar Cher will perform her classic “The Beat Goes On,” while Pitbull and NE-YO performs “3 to Tango” and “Me Quedaré Contigo.” In addition, the ballroom and viewing audiences will have a first look at the new season of “The Bachelor,” and the winner of the “American Idol” fan vote will be revealed live. Eliminated celebrities from this season will return to the ballroom for a final number.

This week, the live vote (via abc.com, the ABC app and SMS/text) will be combined with the judges’ scores and tabulated in real time, determining the “DWTS” champion. The live votes will occur each week only during the live broadcast in the EST/CST time zones (but fans in all U.S. time zones may vote within that window).

The final four couples are dancing to the following:

Hosted by two-time Emmy Award-winning hosts Tom Bergeron and Erin Andrews, “Dancing with the Stars” is the hit series in which celebrities perform choreographed dance routines that are judged by a panel of renowned ballroom experts, including head judge Len Goodman, and dancers/choreographers Bruno Tonioli and Carrie Ann Inaba.