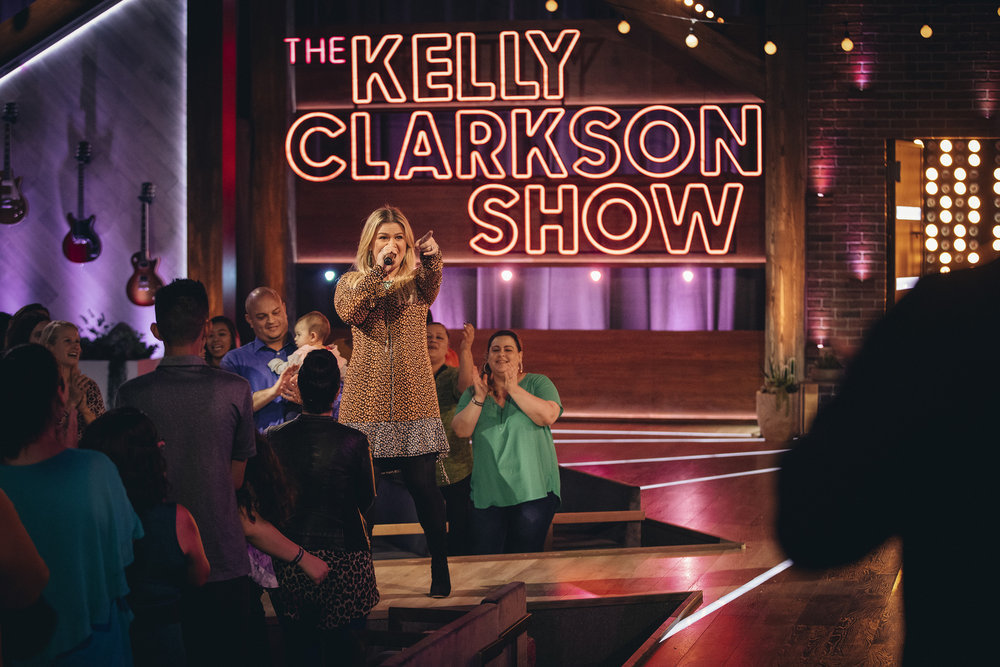 “The Kelly Clarkson Show,” the No. 1 new daytime show, has been renewed through the 2020-21 season by NBCUniversal, it was announced Monday.

The hourlong syndicated daytime show, produced and distributed by NBCUniversal Television Distribution, airs in 100% of the country on more than 200 stations.

“The Kelly Clarkson Show,” which debuted Sept. 9, is bringing in bigger ratings than any other newcomer in daytime and had the strongest start to any new first-run strip in seven years with an average of 1.9 million viewers per episode. The show is in fourth place among syndicated daytime talk shows that have been on the air for decades.

In digital, the show’s social platforms have gained more than 1.5 million subscribers since September.

“‘The Kelly Clarkson Show’ is connecting with viewers in a unique way and we are so happy to build on that momentum, bringing Kelly’s brand of humor, heart, and, of course, the incredible ‘Kellyoke,’ to stations for a second season,” said Tracie Wilson, executive vice president, creative affairs, NBCUniversal Television Distribution. “It is a privilege to be in business with Kelly and our production team, led by Alex Duda, who have a clear creative vision and a talent for storytelling and creating quality entertainment that invites you in for a good time and leaves you feeling happy.”

Clarkson kicks off each episode with “Kellyoke,” a segment where she covers a recent or classic song by artists that her audience feels a connection to. “Kellyoke” covers include “Juice” by Lizzo, “Think” by Aretha Franklin, Taylor Swift’s “Delicate” and “Alone” by Heart, among others. After the performance, Clarkson interviews a panel of guests that includes a mix of celebrities and everyday people. Some notable celebrity guests have included Chance the Rapper, John Cena, Ellen DeGeneres, Jennifer Garner, Kevin Hart, Dwayne Johnson, John Legend, Jay Leno, Jason Momoa, Tyler Perry and Blake Shelton. She has also performed duets with multiple guests, including Garth Brooks, Cyndi Lauper and Ben Platt.

Segments range from doing the first original “American Idol” reunion show, featuring Simon Cowell, Paula Abdul and Justin Guarini, to giving back to everyday community heroes. In her first week on air, she helped to transform the lives of music teachers across the country with a Universal Studios “Tram of Dreams” surprise. “Good Neighbor,” “Rad Human” and #WhatI’mLiking segments shine the spotlight on veterans, foster care and local heroes beating the odds.

“The Kelly Clarkson Show” is produced and distributed by NBCUniversal Domestic Television Distribution. Duda is executive producer and showrunner. Clarkson and Brandon Blackstock are also executive producers. The show is taped in front of a live studio audience on the Universal Studios lot in Universal City, Calif.

For where to watch, check your local listings.

For information on tickets, visit “The Kelly Clarkson Show” website.

Clarkson recently announced a Las Vegas Residency, “Kelly Clarkson: Invincible,” which kicks off on April 1, 2020. Her critically acclaimed Grammy-nominated eighth studio album, “Meaning of Life” is the latest in a career that has netted total worldwide sales of more than 25 million albums and 36 million singles.

The Texas-born singer-songwriter first came to fame in 2002 as the winner of the first season of “American Idol.” Clarkson’s debut single, “A Moment Like This,” followed and quickly went to No. 1 on Billboard’s Hot 100, ultimately ranking as the year’s best-selling single in the U.S. Further, Clarkson is one of pop’s top singles artists, with 18 singles boasting multi-Platinum, Platinum and Gold certifications around the world, including such global favorites as “Miss Independent” and “Because of You.”

Clarkson has released eight studio albums (“Thankful,” “Breakaway,” “My December,” “All I Ever Wanted,” “Stronger,” “Wrapped In Red,” “Piece By Piece” and “Meaning of Life”).