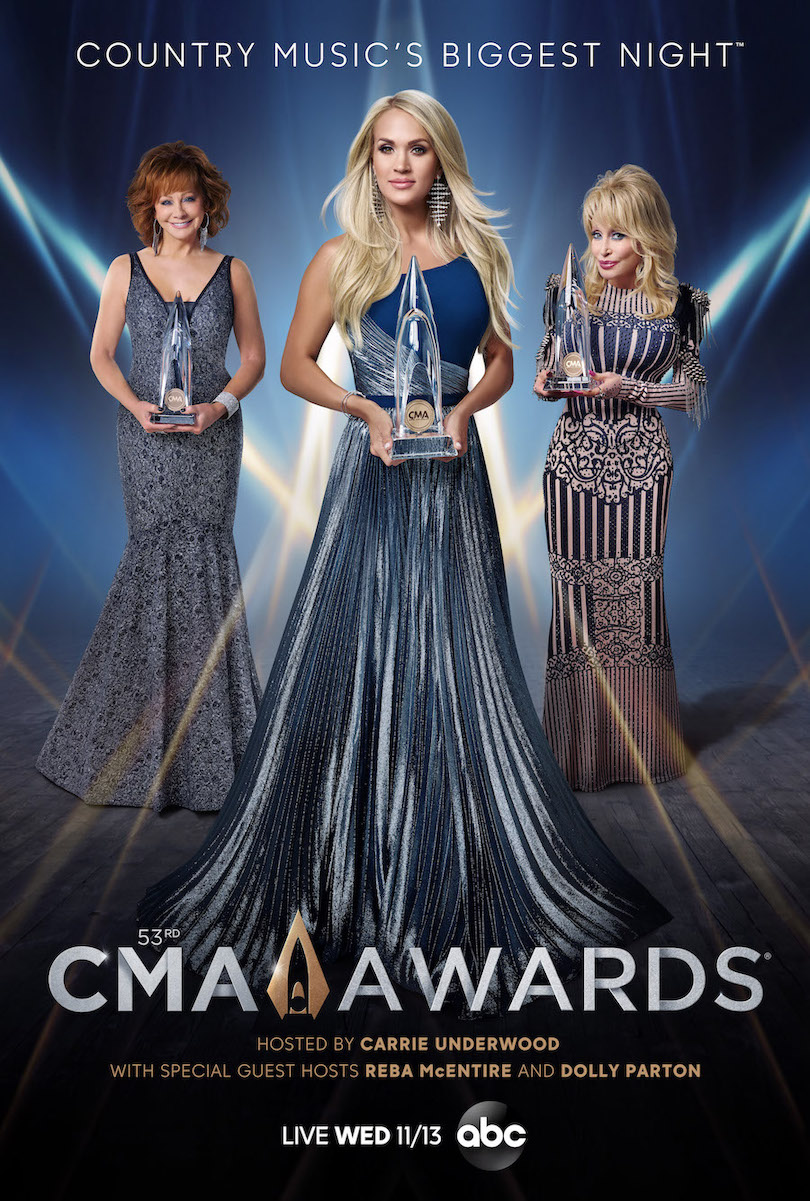 A three-time nominee this year, Musgraves welcomes long-time friend and 10-time CMA Awards-winner Nelson to the CMA stage to perform what a press release called “a heartwarming collaboration that fans will soon see has been decades in the making.”

Nelson last performed on the CMA Awards stage in 2012 in honor of receiving the inaugural CMA Lifetime Achievement Award.

Old Dominion, reigning CMA Vocal Group of the Year and nominee again this year in the category, will bring their hit “One Man Band” to the CMA Awards stage, while Rhett, a two-time nominee this year, will perform “Remember You Young” from his CMA Album of the Year-nominated album “Center Point Road.” In addition to his performance with Brooks, Shelton will also hit the stage to perform his three-time-nominated single “God’s Country.”

Nine-time CMA Awards winner Parton will welcome for KING & COUNTRY and Williams to the CMA Awards stage for the first time ever to perform an inspirational gospel medley of “God Only Knows,” “There Was Jesus,” and Parton’s not-yet-released new song, “Faith.”

In an epic collaboration, Stapleton, a three-time nominee this year, will join P!nk to perform their duet, “Love Me Anyway.”

With three nominations this year, Church will perform his hit “Some Of It” from his CMA Album of the Year-nominated album “Desperate Man.” Combs, the reigning CMA New Artist of the Year and three-time nominee this year, will take the stage performing fan favorite “Beer Never Broke My Heart.”

In addition to her guest host appearance, McEntire, a six-time CMA Awards winner, will perform her classic hit, “Fancy." McEntire last performed the song during the CMA Awards opening number in 2016 during “The 50th Annual CMA Awards.” Lambert, nominated for CMA Female Vocalist of the Year this year, will bring her rising new single “It All Comes Out In The Wash” to the CMA Awards stage, while Morris will perform her three-time nominated hit, “GIRL.”

Morris is the top nominated artist this year with six total nominations.