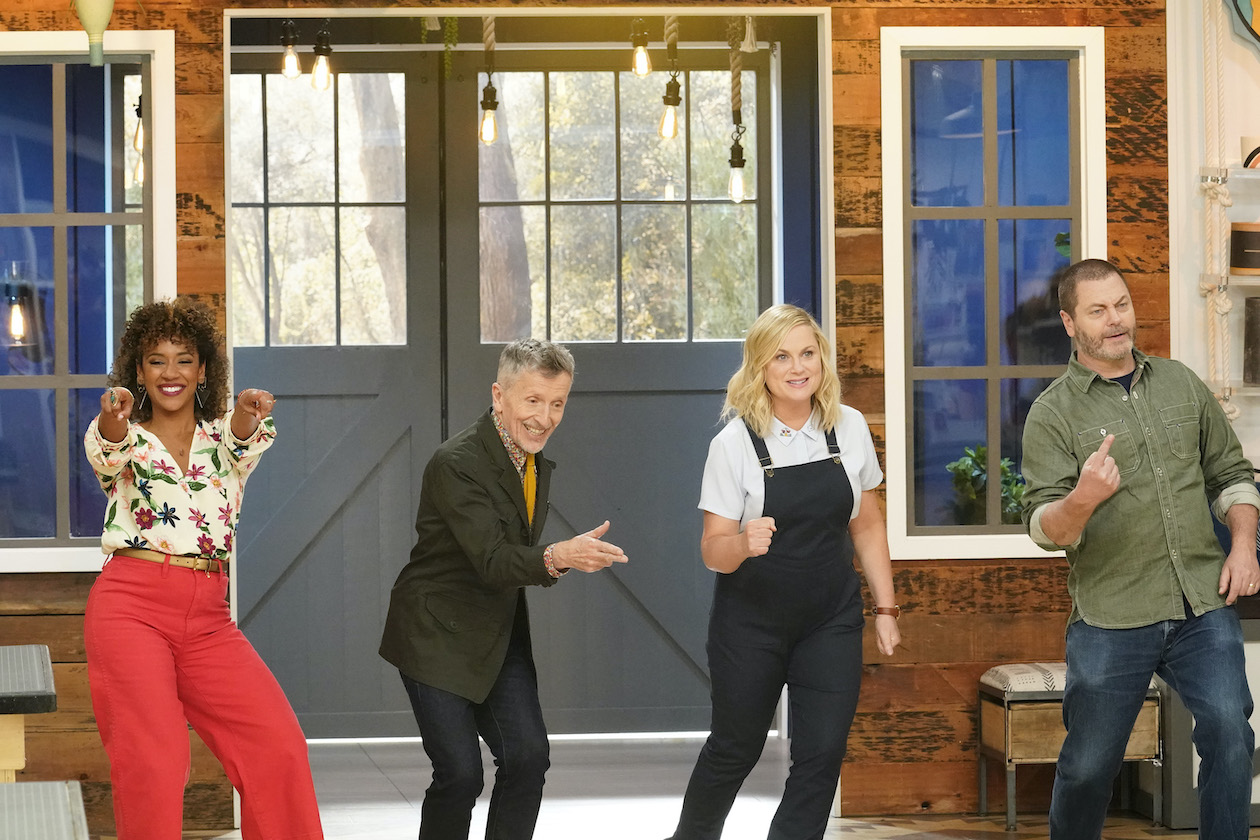 Grab your glue guns and get ready to laugh, as NBC’s “Making It,” from executive producers and hosts Amy Poehler and Nick Offerman, returns with a multi-night crafting event beginning Monday, Dec. 2 (10 p.m. ET/PT).

“I’m so happy to be back in the barn for season two of ‘Making It’ with my pal Nick, where the Makers create masterpieces and everyone continues to aggressively like each other,” Poehler said.

“I’m so excited for America to see our new crop of crafting champs,” Offerman said. “Their creativity and pluck make my job feel like I’m getting paid to cheer at the Olympics.”

The wow factor is raised in season two as the country’s most imaginative Makers from Miami to Portland take fans on a journey through everything from office makeovers to three-dimensional holiday creations. Working with mediums from food to felt, and no shortage of electricity, this season’s Makers vie to impress returning judges Dayna Isom Johnson, Etsy trend expert and Simon Doonan, creative ambassador for Barneys New York.

During its first season, “Making It” averaged a 1.2 rating in adults 18-49 and 4.9 million viewers in “live plus seven day” Nielsens, which made it the summer’s most-watched new series. Season 1 of “Making it” ran undefeated in its timeslot versus regular broadcast competition in the key adult 18-49 demographic (“live plus same day”).

On digital platforms, the show’s July 31 premiere was NBC’s strongest launch of an alternative series on record.

Only on the NBC App can fans now catch up on season 1 of “Making It.” On both the NBC app and Hulu, season 2 episodes will begin streaming the next day as part of NBC’s “Oh, What Fun!” holiday lineup.

Each episode will revolve around a central theme with the Makers completing two crafts based on current trends in DIY and anchored in America’s love for all things handmade. The first, a “faster-craft,” gives the Makers a limited time to execute their personal take on each theme. Next is the more in depth “master craft,” challenging each Maker to display their respective expertise while combining originality, imagination and quality finishing to move on to the next round of the competition. In the end, the winning contestant will be crowned “Master Maker.”

Poehler and Offerman share a love for craftwork, each bringing unique and often comical perspectives to the table. Poehler, a self-proclaimed crafting novice, desired to create a show that she and her family could enjoy that would inspire viewers young and old to make things, together. Offerman is a New York Times bestselling author in the woodworking space.

Returning to a light-filled and scenic barn, this season’s Makers bring along some surprising craft mediums and equally compelling background stories that led them to the Maker community, from solar metrology, to interior design, to aerospace engineering.

The $100,000 grand prize comes courtesy of Bluprint, “the ultimate online destination for crafters.” Visit mybluprint.com to start a new hobby or reconnect with an old one.