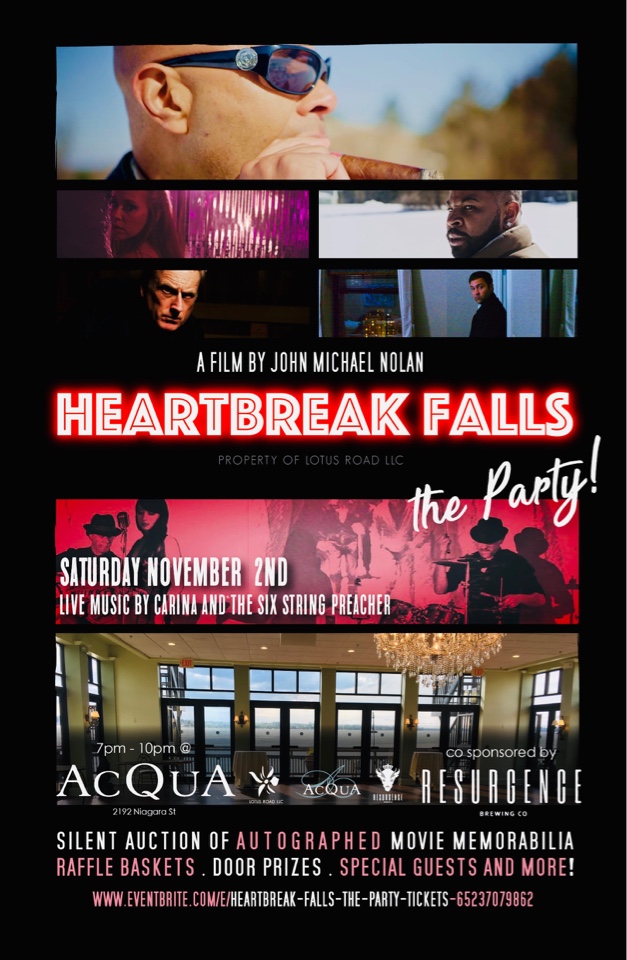 Production on the film “Heartbreak Falls” is expected to begin in the early spring of 2020 in places around Buffalo/Niagara Falls (including AcQua Banquets, William Kays and the Giacomo Hotel).

The film is a modern-day ensemble piece set against the backdrop of a crumbling mob empire. It is centered on the lives of two dissonant brothers. Both are lost personally and seeking redemption for love lost with two downtrodden dancers. The brothers confront their past and present while embracing the deteriorating health of their grieving father.

Organizers said the event will feature a one-of-a-kind silent auction with authenticated autographed posters and photos from "Game of Thrones,” "The Dark Knight Trilogy,” "Star Wars,” "The Sopranos” and "The Natural.”

Carina and the Six String Preacher will perform. The act is described as a spicy blend of Latin and pop, with a signature sound that is a current jazz noir with a twist. The band was formed by singer/songwriter Carina M. and guitarist/songwriter Vincent James Mastrantonio.

Tickets are $17 presale or $25 at the door and include a free Resurgence beer sampling and one free drink during cocktail hour (7-8 p.m.). Each ticket also grants entry for one of many door prize raffles. Refreshments will also be provided.

VIP tickets (presale only) are $75 and includes early entry to the event (6:30 p.m.), two free drink vouchers for cocktail hour, a sheet of raffle tickets, and a special “Heartbreak Falls” gift.