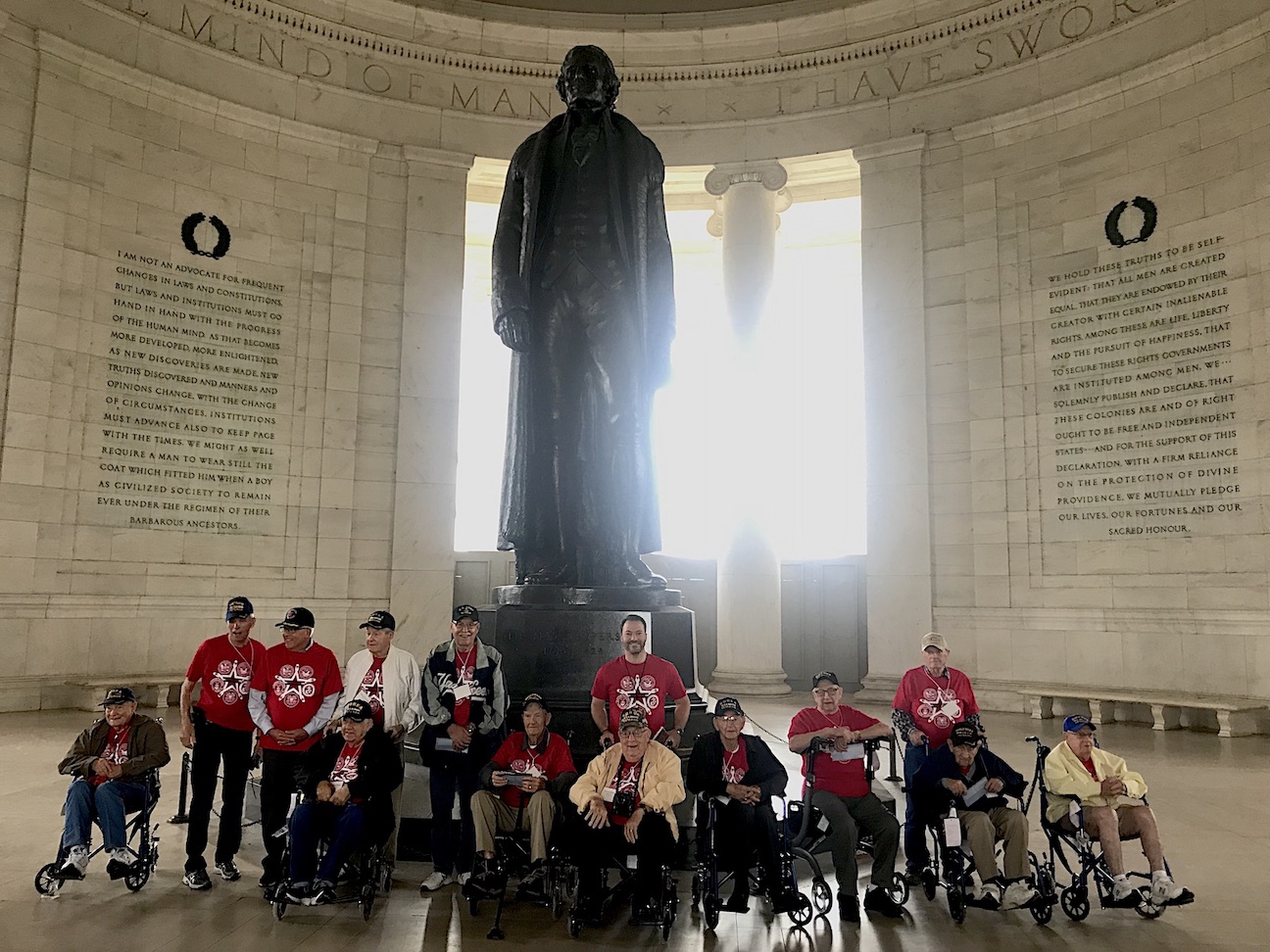 On Thursday, New York State Sen. Rob Ortt hosted 20 veterans on a flight down to Washington, D.C., to visit the various war memorials and pay respects to the men and women who have perished in service to this nation.

“This is one of those events that I cherish as an American and as a public official,” said Ortt, a Bronze Star recipient of Operation Enduring Freedom. “Many of these veterans haven’t had the opportunity to come down and see the memorials that have been built in their honor. Bringing these heroes to the memorials – where they can pay their respects to their fallen brothers and sisters – is something that I see as a duty of mine. Having the ability to do so is really special.”

The trip came at no cost to any of the veterans or guardian volunteers who accompanied them on the trip thanks to sponsorship and funding by Walmart.

Along with visiting the war memorials, the group had the opportunity to place wreaths at the World War II and Korean War memorials. Veterans and guardians also visited the Jefferson Memorial, the Lincoln Memorial and the Washington Monument.

“It is always a very emotional trip for the veterans who join us and also for myself as a veteran,” Ortt said. “Because of the sacrifices of these heroes, we are able to live in the greatest country in the world and that is something we should all be extremely grateful and thankful for.”

Those interested in joining Ortt for the WNY Warriors Flight next year can call his office at 716-434-0680 and ask to be placed on the contact list.