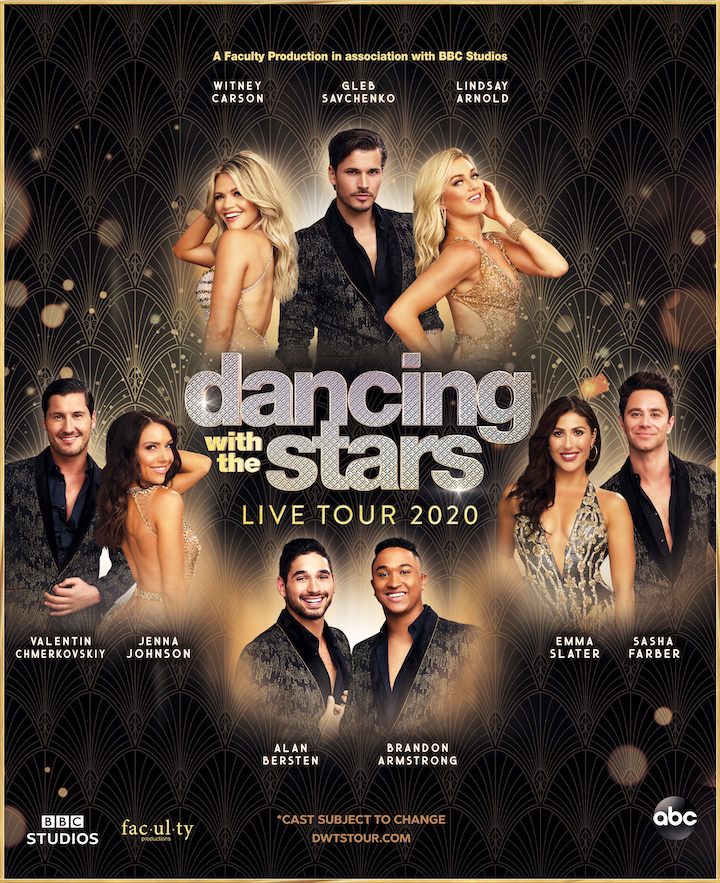 Fitz and The Tantrums, 'Dancing with the Stars' booked for Fallsview

Two big shows just announced tour stops at Niagara Fallsview Casino in the new year. “Dancing with the Stars: Live! – 2020 Tour” will heat things up on Jan. 30-31. Then, Fitz and The Tantrums’ "All The Feels Winter Tour 2020" will bring retro-indie soul to Fallsview Casino Resort on Feb. 22.

Celebrating the year 2020 in classic style, dancers from the hit ABC show “Dancing with the Stars” will light up the Fallsview stage with an evening of spectacular dance. The all-new production continues its legacy of wowing live audiences by performing fan-favorite routines from the TV series and new dance numbers choreographed just for the live audience. The performances will showcase a variety of dance styles ranging from tango to foxtrot, cha-cha to waltz and everything in between. Audiences will have the opportunity to experience the excitement, glamour and glitz they see in the ABC show.

Then in February, the Los Angeles-based band known for hit songs including “The Walker,” “Out Of My League” and “HandClap,” Fitz and The Tantrums will hit the stage. Performing for mass audiences on primetime television and sold-out concert venues across North America, Fitz and The Tantrums have been making their mark on the music industry since 2008. Known for combining the band members' diverse rock, alternative dance, and hip-hop influences, they create music that has a modern take on classic soul and funk, while mixing in an up-beat dance-pop sound.

“All The Feels,” the band's fourth studio album, was released last week and is one of the most emotional records they've ever produced. This album affirms Fitz and The Tantrum's longtime mission to uplift people and bring them together through music. Their live performances are like a joyful dance party with equal parts shimmy and shake, inspiring fans to sing along to pop hits.

"These are going to be energetic and vibrant shows you don't want to miss," said Cathy Price, vice president of marketing at Niagara Casinos. "Both shows will captivate audience members in an intimate 1,500-seat theater."

Tickets to the” Dancing with the Stars: Live! – 2020 Tour” are available now while Fitz and The Tantrums present "All The Feels Winter Tour 2020" tickets will be available starting at 10 a.m. Friday at the Fallsview Casino box office and all Ticketmaster outlets. Visit www.ticketmaster.ca for additional information.