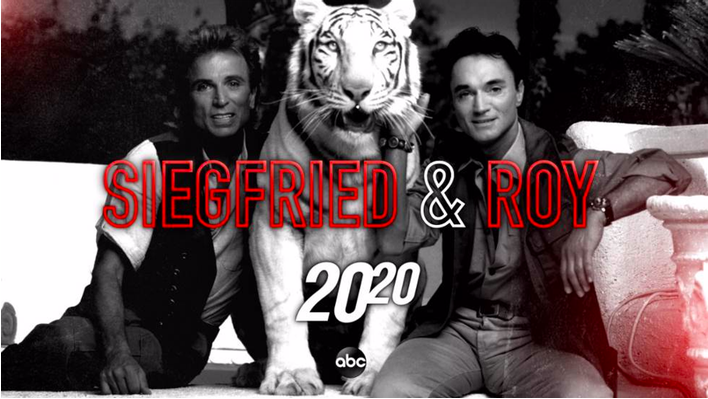 '20/20' premieres Friday, features first primetime interview with Siegfried & Roy in over a decade

The season 42 premiere of “20/20” features the first primetime interview with Siegfried Fischbacher and Roy Horn in over a decade. The famous duo, known in households across the world as Siegfried & Roy, open up about the infamous career-ending tiger attack that happened 16 years ago and nearly killed Roy; the recent allegations that the accident resulted from Roy’s mistake on stage, which the pair denies, saying the tiger was trying to help Roy after he suffered a stroke; and their storied career and the legacy of their Las Vegas residency.

“20/20” features new interviews with Curtis Rowe, the stagehand who recounts the harrowing story of how he helped save Roy’s life by plugging wounds with his fingers while waiting for paramedics; Kenneth Feld, longtime Siegfried & Roy producer; and Criss Angel, Lance Burton, and Penn & Teller, iconic Las Vegas magicians who reflect on Siegfried & Roy’s Vegas residency. “20/20” also takes a look back at the illustrious careers of Siegfried & Roy, featuring footage from the ABC News archives including Barbara Walters, Diane Sawyer and Elizabeth Vargas’ iconic interviews with the pair over the years.

Siegfried & Roy captivated audiences from all over the world for decades with magic and exotic animals in Las Vegas. But on the evening of Oct. 3, 2003, their act came to a crashing halt when Mantacore, a white tiger regularly featured in the act, mauled Roy by biting him on the neck and dragging him off stage, almost killing him and causing brain damage. In 2009, Siegfried & Roy took the stage one last time in a farewell charity performance before officially retiring.