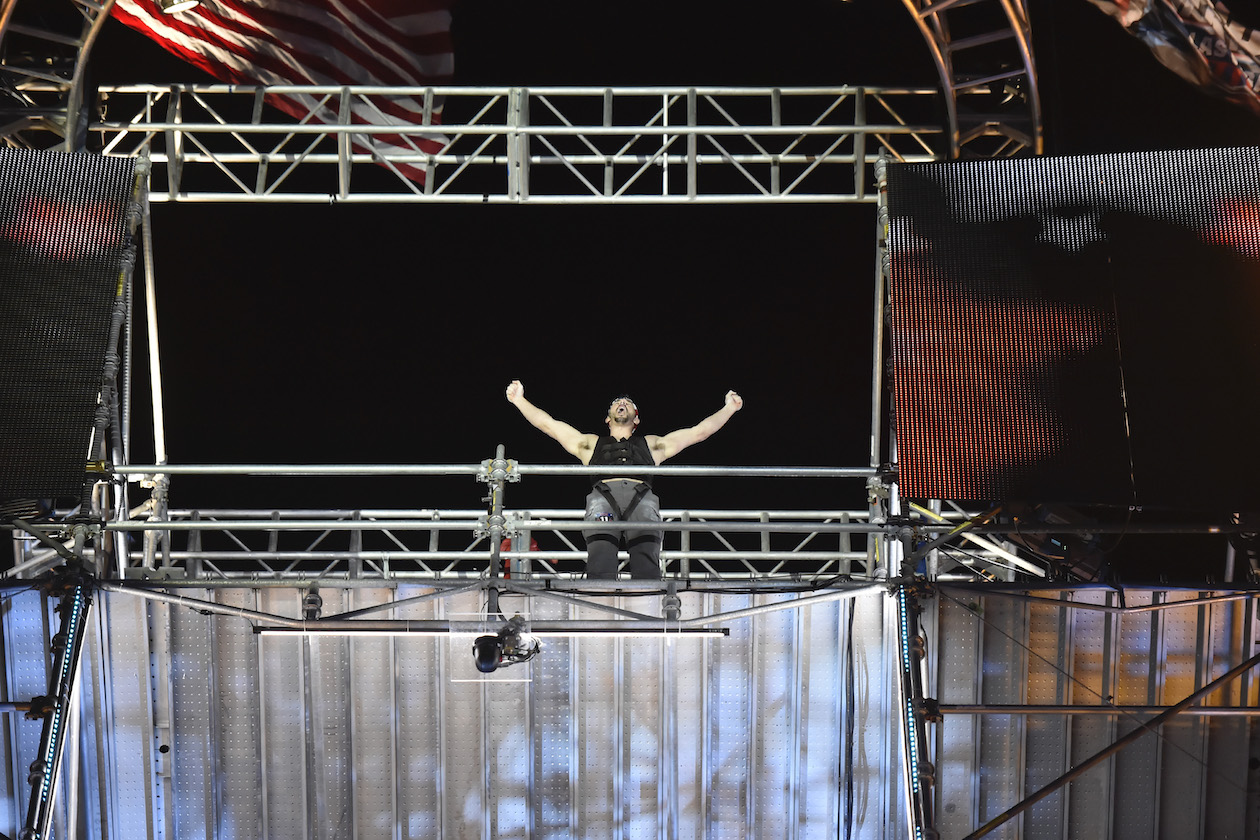 After nine years, the 30-year-old Drechsel has achieved his elusive goal. He faced tough opposition this season competing alongside more than 600 other ninja hopefuls, including veteran Daniel Gil, who also advanced to stage four at the National Finals.

The National Finals course consists of four stages and 22 total obstacles. The competitors must successfully complete all three stages before tackling the stage four tower, which stands at eight stories tall with a 75-foot rope climb. Competitors have 30 seconds to scale the rope. Drechsel scaled stage four in 27 seconds while Gil missed the time limit by five seconds, reaching the top in 35 seconds.

With his win, Drechsel took home $1 million and the title of “American Ninja Warrior.”

“I've been competing for nine years and I feel like I've been capable of this victory for so long,” Drechsel said. “It’s such an honor to compete alongside my fellow ninjas and have a community of support behind me. Even though I won, my goals remain the same: continue to inspire the next generation of ninjas and return to compete again, because you know I'm coming back for more!”

The “Safety Pass” served him well when he slipped off the tire run obstacle during stage one of the show’s national finals in Las Vegas, shocking the crowd. Drechsel used his “Safety Pass,” making it through stage one on his second attempt and then successfully completing the rest of the multistage finals course.

Drechsel recently opened his third ninja gym and is expecting his first child this fall with girlfriend April Beckner.

Season 11 runner-up Gil is an impressive five-time competitor who has been a top performer for each of his seasons on the show. Always one of the fastest finishers, Gil ran in the Oklahoma City qualifying and city finals this season. Gil also scaled the 18-foot “Mega Warped Wall,” both this season and last. Gil is a motivational speaker and worship leader as well as a ninja coach at the popular Iron Sports gym in Houston. He recently published his first book, “The Little Ninja: Go Ninja Go,” and is working on a second. Gil and his wife, Abigail, live in Houston.

So far this summer “American Ninja Warrior” is averaging a 1.1 rating in adults 18-49 and 5.4 million viewers overall in “live plus seven day” Nielsens, and is growing after 35 days of digital and linear delayed viewing including encores all the way to a 2.1 rating in 18-49 and 9.5 million viewers overall. “ANW” has risen in recent weeks to score as Monday’s most-watched program on the “Big 4” networks with each of its last three telecasts (“live plus same day”). It’s also one of the summer’s strongest family attractions, ranking No. 2 among kids 2-11 among all primetime summer shows (“most current”).

Matt Iseman and Akbar Gbajabiamila serve as hosts for “American Ninja Warrior” while Zuri Hall is the sideline reporter. This season the show traveled to six cities, including Los Angeles, Atlanta, Oklahoma City, Seattle/Tacoma, Baltimore and Cincinnati. Based on the global hit “Sasuke,” from Tokyo Broadcasting System Television, the original series is now in its 36th season in Japan.

Fans can visit the official show site at http://nbc.com/american-ninja-warrior.

For the latest “American Ninja Warrior” news, videos, and photos: