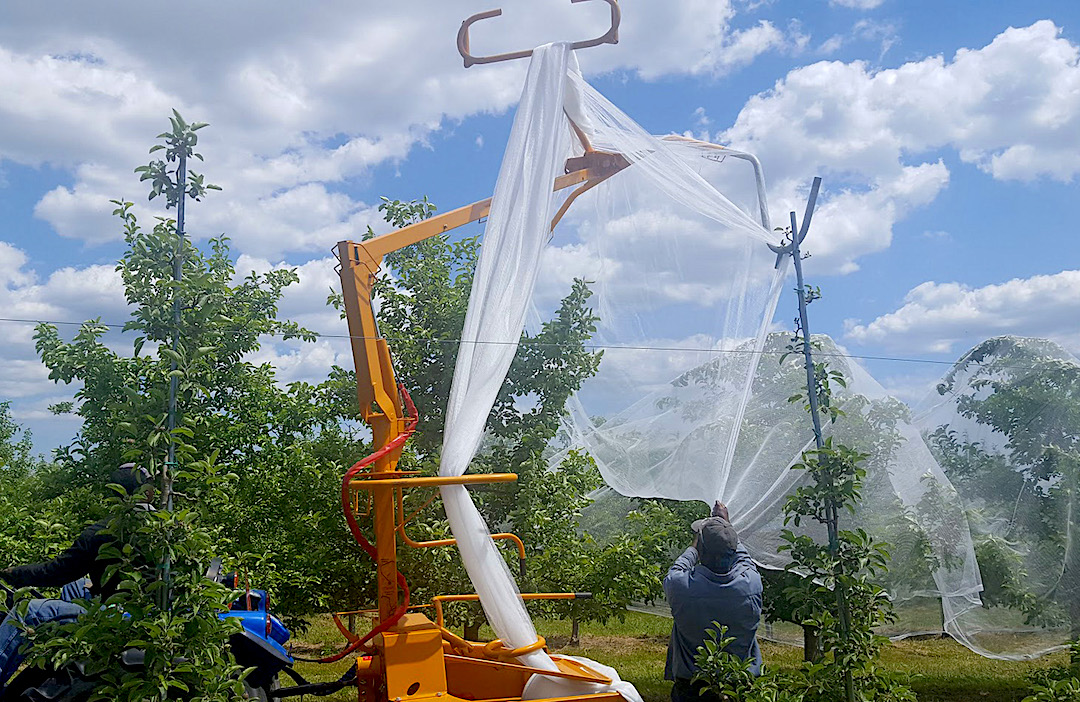 Real-time, regional, in-orchard research funded by the farmer-driven Northern New York Agricultural Development Program is helping apple growers quickly respond to pests with the latest management practices. It also provides insight into practices that may or may not work to protect the Northern New York apple crop conservatively valued at $57 million.

A series of hailstorms in 2017 damaged the regional apple crop. One grower reported more than 60% of his acres suffered damage.

Basedow said, "Growers selling hail-damaged fruit for juice that would otherwise have sold at retail prices can see as much as a 98% decrease in the economic value of their crop."

He worked with commercial growers in Clinton and Essex counties who had installed hail netting. Trials in France and Quebec, Canada, had shown success in limiting damage by codling moth and other orchard pests, but the use of drape-style netting had not been well-evaluated under Northern New York orchard conditions.

"We are constantly looking at ways to increase the use of integrated pest management practices that allow us to produce a commercially viable crop while also making the best use of growers' time, labor and money. We wanted to see if the hail netting might be an effective practice to add to our apple growers' IPM toolbox," Basedow said.

"Results from the trial showed that traps in the trees under the netting caught significantly fewer of the four key pests compared to the unnetted trees,” Basedow said, "However, the pest pressure levels in 2018 for three of the four key pests was such that the feasibility of using hail netting for pest exclusion is still uncertain. The netting may help reduce pest numbers enough to reduce the total number of orchard sprays needed for some pests, such as apple maggot, where spray decisions are based on well-established economic thresholds."

Basedow noted the sites with the most effective pest exclusion were those where the hail netting was tightly tied to the lower limbs and trunks of the apple trees. The orchard with the best control applied the netting to trees grown to a tall spindle training system with the netting secured tightly to the trunks.

This Northern New York Agricultural Development Program project provided more than 450 orchard businesses in Northern and Eastern New York with the weekly pest scouting data during the 2018 growing season. A like number of growers and fruit specialists attended meetings that include mention of this hail netting pest exclusion research. The full project report is posted on the NNYADP website at www.nnyagdev.org.