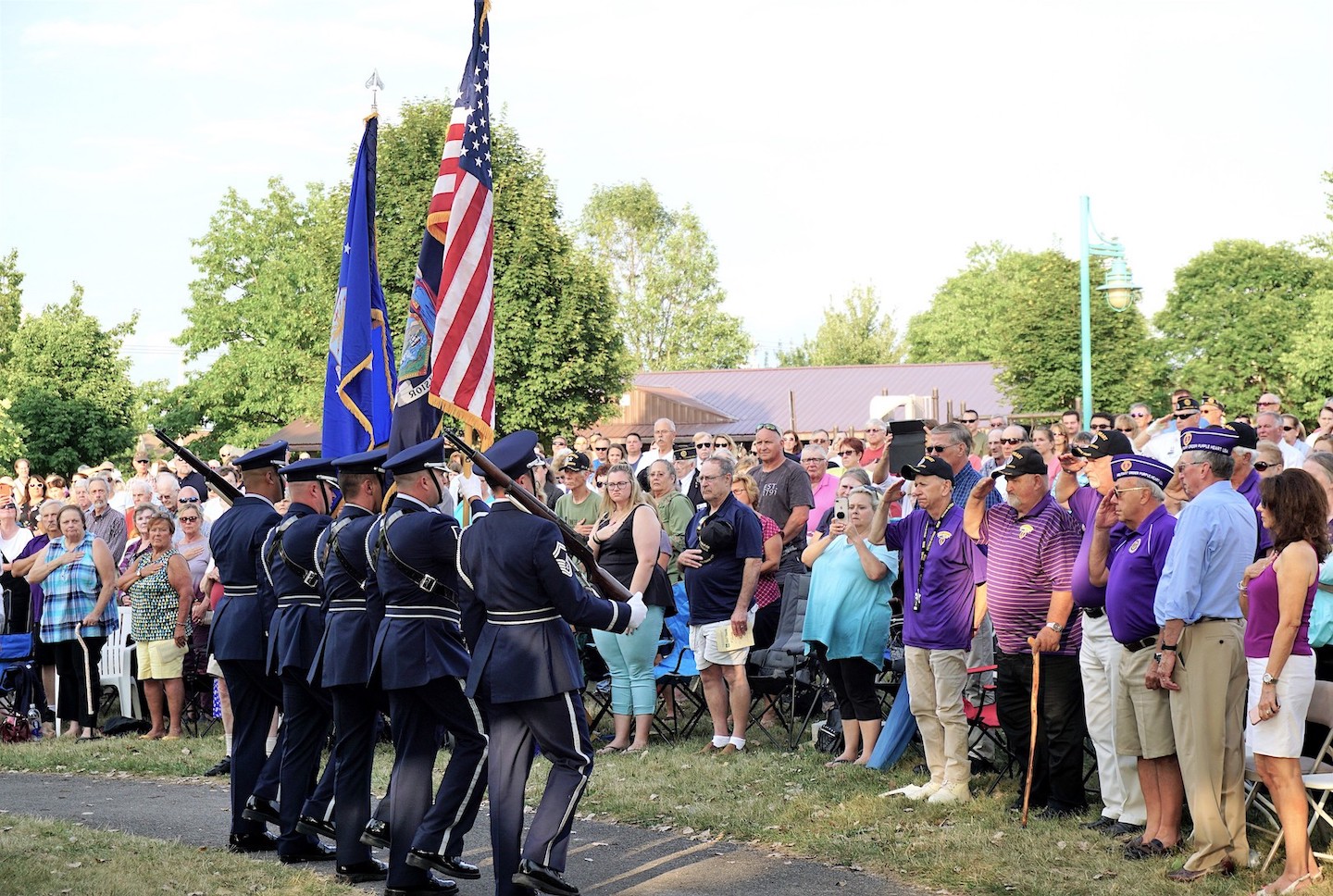 Guests from across the county packed into North Tonawanda’s Raymond Klimek Veteran’s Park to honor area combat veterans who earned the prestigious medal. The Purple Heart is awarded in the name of the president to members of the military who are wounded in combat, or to the soldier’s next-of-kin if they are killed in combat. It is the oldest military award presented to American service members.

The ceremony began with a musical performance from the American Legion Band, which was then followed with an official flyover by the “Whiskey 7,” a C-47 transport aircraft that was part of the airborne invasion of Normandy on D-Day.

The names of roughly 300 Purple Heart recipients, both living and deceased, were read aloud during the ceremony. A bell tolled for each soldier who was killed in action. Living recipients who were able to attend Wednesday’s event were each presented with a commemorative pin and coin. In addition, a memorial “Book of Honor” that includes the names of all honorees was presented by the Niagara Falls Air Reserve Station Honor Guard. The book will be displayed in the Niagara County Courthouse rotunda.

Niagara County Legislator Rich Andres, who served as the event’s emcee, is a history teacher at North Tonawanda High School. He said he teaches his students about the cost of war – of which the Purple Heart is a reminder.

“I remind my students of those men and women, very much like themselves, who had their whole lives ahead of them, found themselves thrust on the front lines of conflicts all over the world,” Andres said. “I remind them of the sacrifices they made for the benefit of all of us, allowing us the freedom we have today through the grit and determination of the American soldier.”

The ceremony closed with a presentation of the American flag to the family of Frank J. Gaffney, a native of Lockport who enlisted in the U.S. Army during World War I. Gaffney was awarded both the Medal of Honor and the Purple Heart for his actions in a battle near Ronssoy, France, where he captured an enemy machine gun and took 80 prisoners. 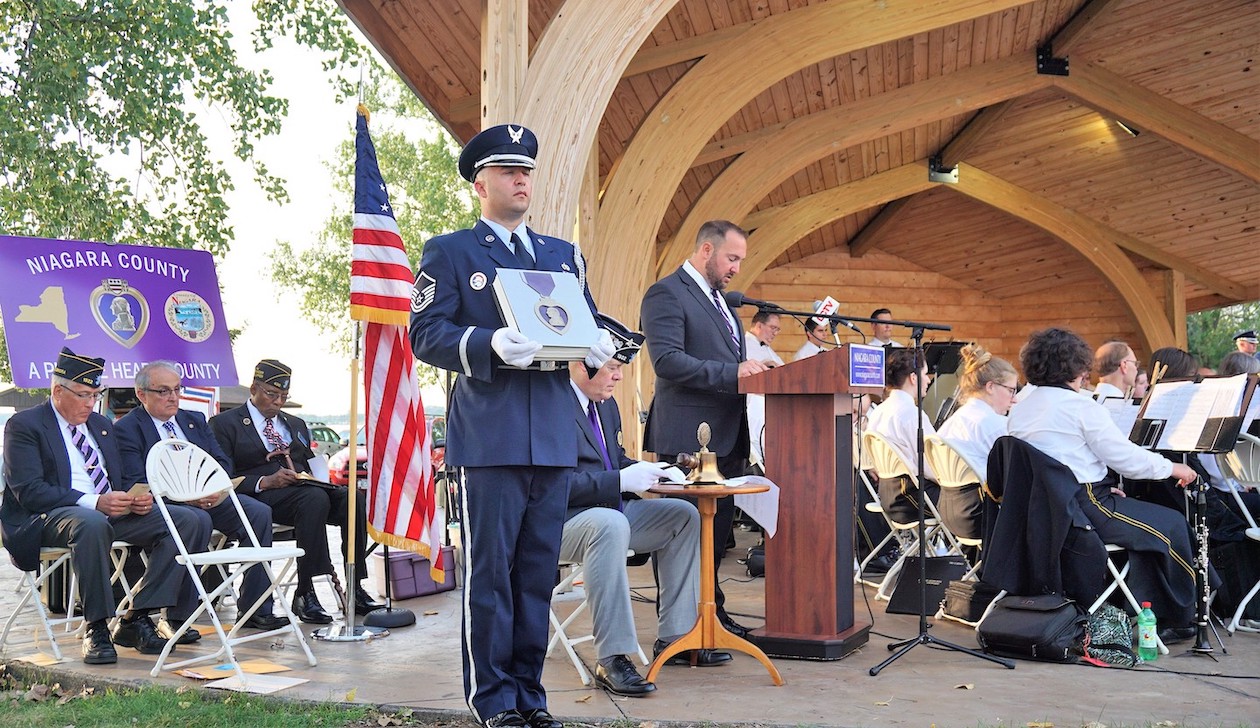