The game gave this past June’s graduating class of football players one last chance to don their school’s colors before heading off to college.

The locals played for the North All Stars, and, although, the game didn’t end as planned – a 30-20 loss versus the South All Stars – players such as Parks, Sionko and Wilkes worshipped playing one last game wearing their school’s colors.

Wilkes said, “It was sad. It’s heartbreaking. I played two years (with) four years of dedication. The whole time putting in hard work with Cam. Just moving to the Island and playing football with Cam was just a blessing honestly.”

Parks noted, “It felt great. Got a little injury (during the game), but we’re gonna overcome it. But it was great to get out here and play with the guys we were competing against all year. Just having my friends here, knowing they were here for me, people I played with, too, it feels great.”

Wilkes spent majority of his time on the defensive side of the ball and was in on several plays, including a tipped pass that he nearly intercepted in the third quarter.

Sionko was behind center for periods during all four quarters. The Vikings QB executed a perfect two-minute drill before the end of the first half. On the drive, Sionko had a rush for 14 yards and passes for 35, 23 and 29 yards, the last being a touchdown to give the North its first score of the day.

Other than two tough interceptions, Sionko made the most of the night with two touchdown passes and unofficially over 200 yards passing. The Vikings alum gave it his best shot for North offensive MVP, but the award went to Kenmore West’s Joe Stewart, who had a stellar outing at wide receiver.

Parks spent time at wide receiver and as the main kick returner. He turned it a couple of returns of 20-plus yards.

Frerichs started and split time with Sionko at quarterback and threw a touchdown to Stewart in the third quarter.

Gawel and Spina were the beneficiaries of several of Sionko and Frerichs’ passes. Spina scored the first touchdown on a 29-yard pass from Sionko with time winding down in the first half.

Other players such as the Wolverines’ Young and Montgomery made their presence felt on defense. The two were in on an abundance of tackles, and Montgomery recovered a muffed punt during the game. Montgomery also served as a captain for the North squad alongside Powers of the Lancers.

For some, it was the last game they would put the pads on. For players like Wilkes, he said he cherished the opportunity for one last grind on the gridiron.

“This was my last game, so it was a great feeling honestly,” Wilkes said. “It’s just the best feeling ever.”

From left, quarterbacks Steve Frerichs of Wilson and Cam Sionko of Grand Island throw during warmups. 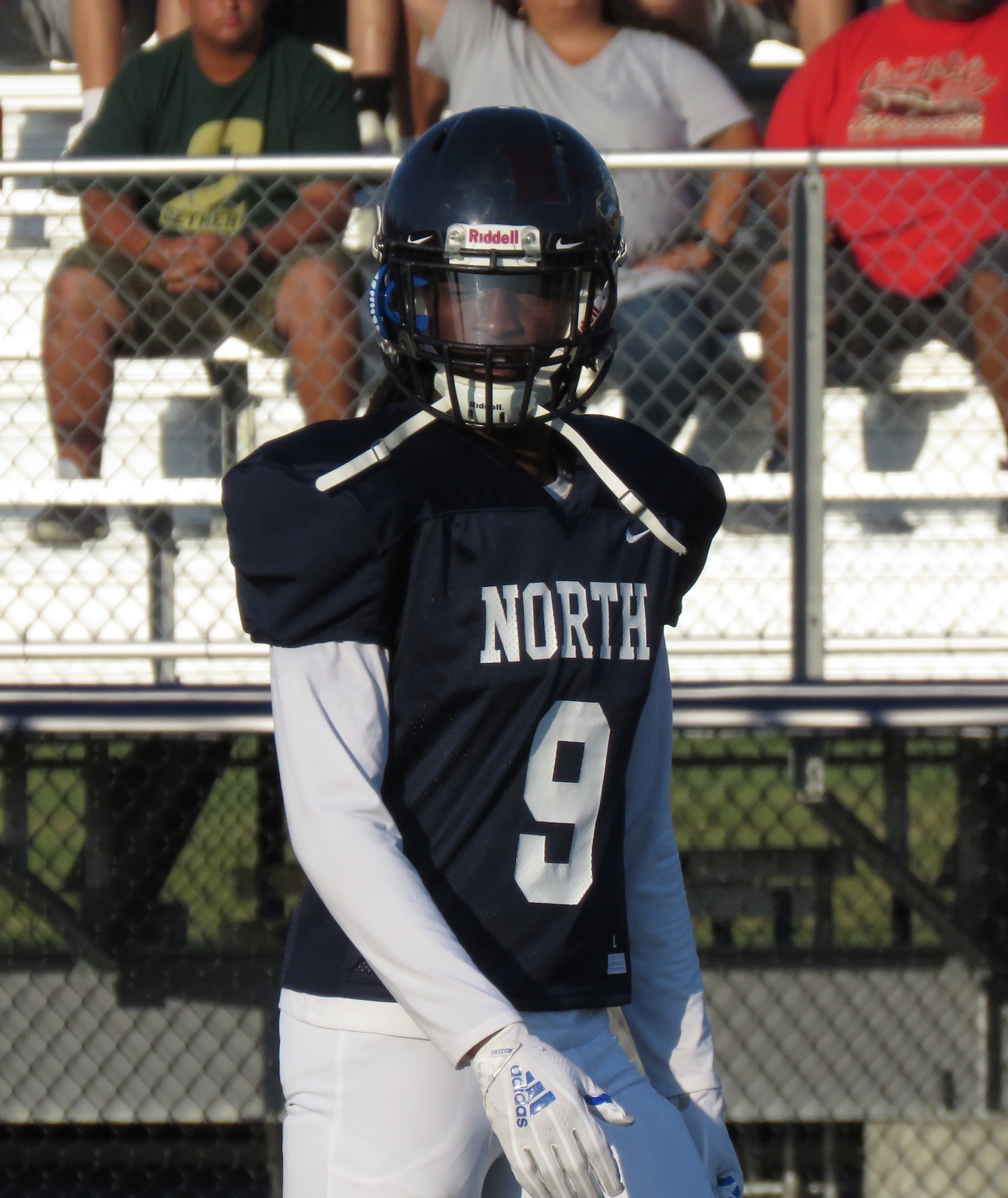 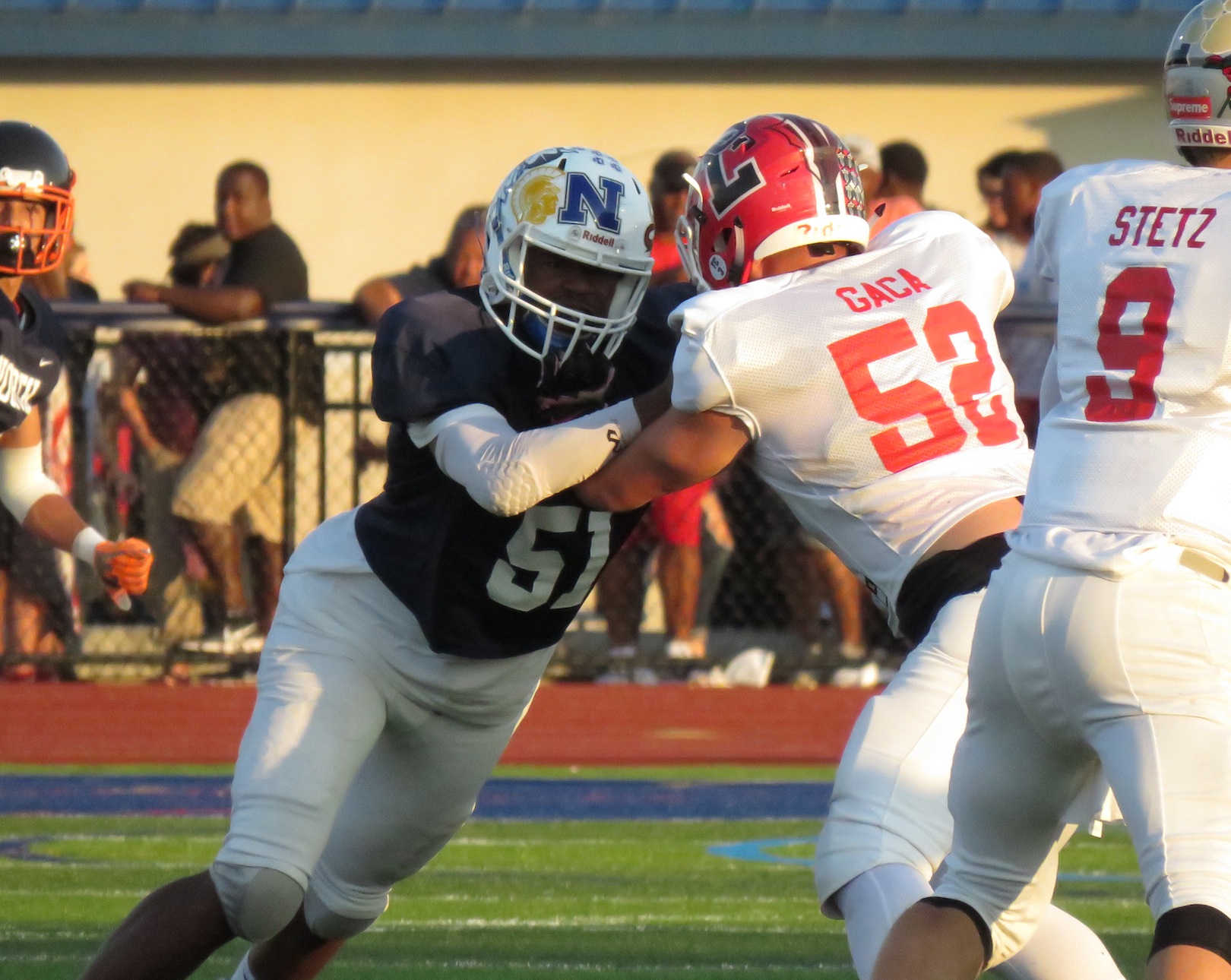 Jeremiah Wilkes IV, in blue, looks to get pressure on the quarterback.