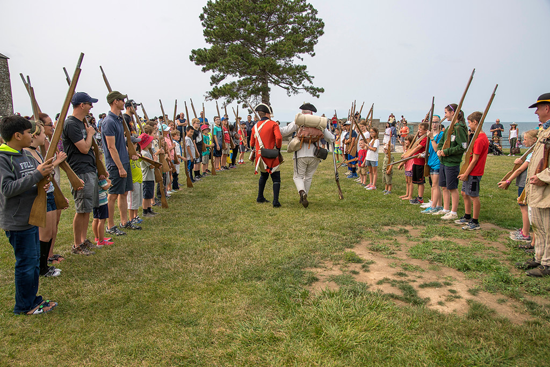 Meeting and talking to re-enactors is always a highlight at Old Fort Niagara events. At "Soldiers of the Revolution," visitors can interact with British, Native and colonial American settlers in their camps. Music and games also are fun additions to the re-enactment activities. (Photos by Wayne Peters)

The Niagara Frontier in the midst of the American Revolution will be the theme of re-enactment activities at “Soldiers of the Revolution” at Old Fort Niagara, Aug. 10-11.

Visitors will have opportunities to meet soldier and civilian re-enactors from the American and British camps, watch artillery and battle demonstrations, join a tour and learn about the conflict, listen to fifes and drums play period music, peek in on British justice practices and Native ransoms, pick sides for a mock wooden-musket battle, and play period games.

Activities begin at 10 a.m. and continue throughout the day.

During the American Revolution (1775-83), Fort Niagara was a strategic location for the British and their allies on the Niagara Frontier. It also served as a safe place for British-aligned Native Americans and British loyalist settlers who were threatened and ousted from their communities by the Continental Army and its allies.

“The history of Fort Niagara as a strategic planning hub and safe place for refugees will be woven into the re-enactment activities,” said Robert Emerson, executive director of the Old Fort Niagara Association. “This event is a great way to learn about our region’s role and alliances during the American Revolution and how they influenced the war.” 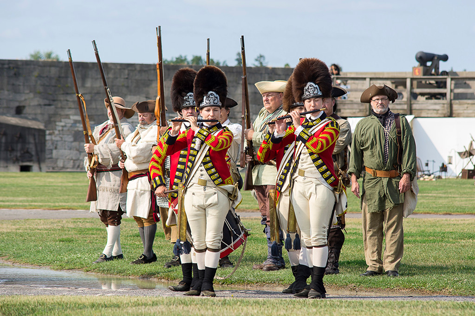 Visitors should arrive an hour before the battle demonstrations to allow time to get through admissions and to the viewing areas. The following schedule applies to Saturday and Sunday.

The Officers’ Club, just outside the fort's footprint, will be open during “Soldiers of the Revolution” from 11 a.m. to 4 p.m. for tours and access to the World War II display. The lighthouse will also be open from noon to 3 p.m.

Food, snacks, drinks and ice cream will be available for sale from 11 a.m. to 4 p.m. both days at the log cabin. 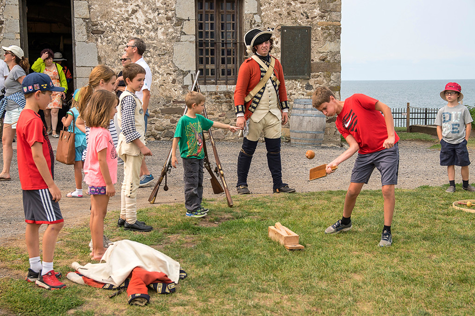 •War of 1812 Encampment, Aug. 31 and Sept. 1: The War of 1812 comes to life as British and American forces gather at Old Fort Niagara. The event features battle reenactments, living history camps, uniform programs and a Saturday night battle that recreates the 1813 British capture of the fort.

•Lighthouse open to the public, through Oct. 14 (noon-3 p.m. daily): Free admission for visitors; guests must be at least 4 feet tall and sign a waiver.