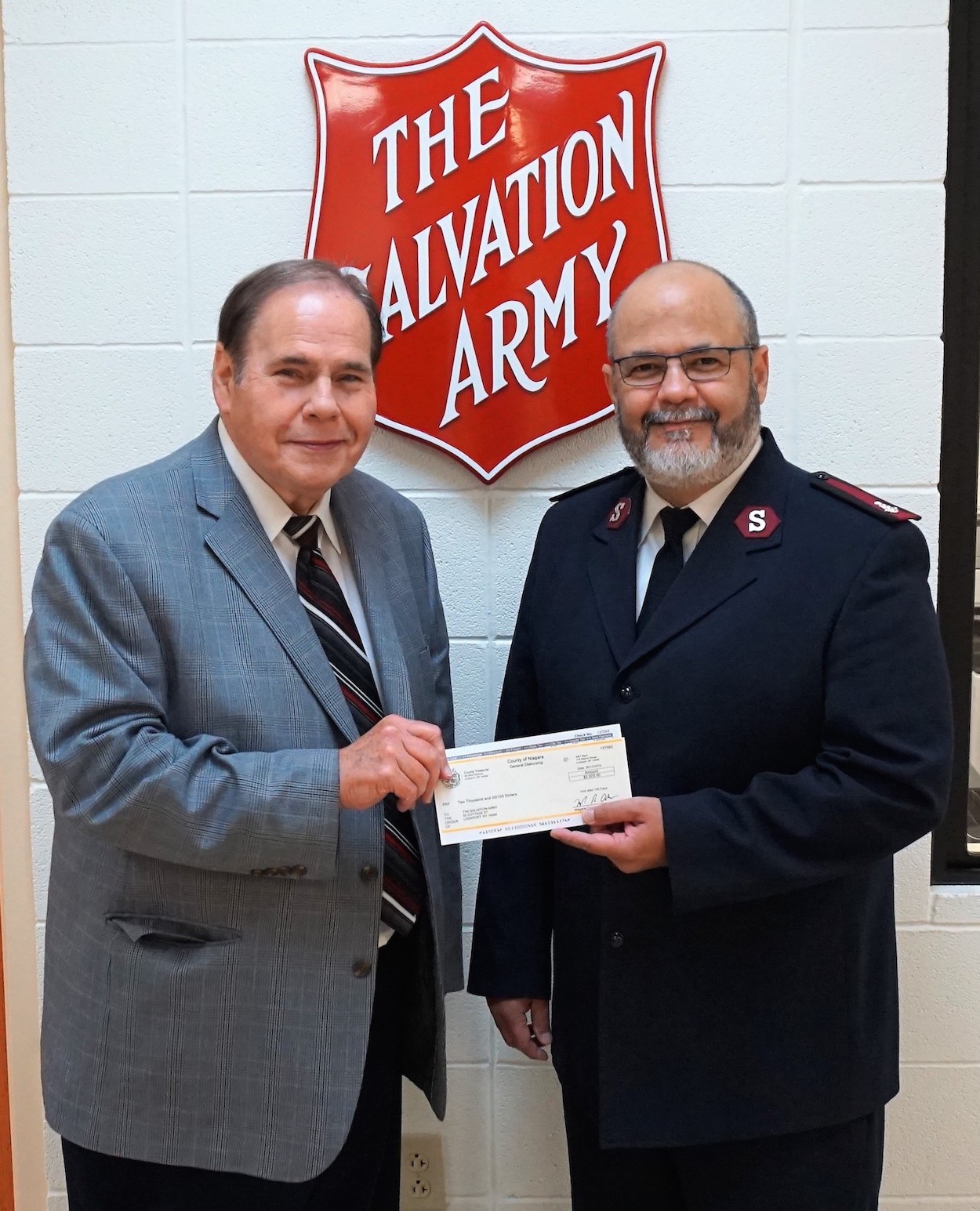 Niagara County Legislature Chairman Keith McNall met with Maj. José Santiago of the Salvation Army Lockport Corps. last week to present a $2,000 contribution. The donation was made official through a resolution after McNall learned the organization exhausted most of its Code Blue program resources.

This past February, temperatures dropped into frigid single digits while wind chills entered dangerously into the negatives. Subsequently, a Code Blue was issued for Lockport and surrounding areas. A Code Blue is issued when temperatures drop below 15 degrees and pose a threat of serious harm or death to individuals without shelter.

During that time, the Salvation Army of Lockport hosted its location to provide shelter for those in need, offering cots, blankets and refreshments. Santiago said his location on the corner of Walnut and Cottage streets offered these vital provisions for 16 homeless individuals for the 37 days a Code Blue was declared.

In need of replenishing supplies to prepare for the upcoming 2019-20 winter, Santiago reached out to McNall for support from the legislature.

“I felt it was incumbent upon us as the legislature to take swift action,” McNall said. “The consensus was overwhelmingly in favor of the resolution to allocate crucial funds for these potentially life-threatening situations.”