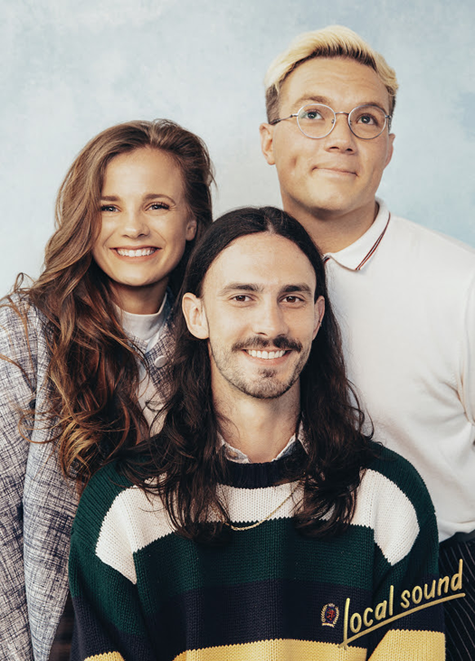 Local Sound is set to release their second EP, “Sunday School,” with Integrity Music on July 19. True to the title, “Sunday School” takes five of the group's favorite worship songs from their childhoods and puts a Local Sound pop-worship spin on each track.

The EP features some of the trio's treasured songs – Darlene Zschech's "Shout To The Lord" and Paul Baloche's "Open The Eyes Of My Heart" – plus the EP's first single to release, "I Could Sing Of Your Love Forever," available this week.

"I grew up listening to these songs," Local Sound's Emily Wyant said. "They are truly the soundtrack of my childhood. Though hundreds of new and wonderful worship songs have been released since then, these songs remind me of the childlike faith I am meant to live from. A faith that is purely based on worship and adoration of God without asking for anything in return. I am honored to be a part of a project that recognizes the beauty and importance of these songs."

Since the songs featured on “Sunday School” are globally known and have been sung in churches around the globe for decades, Local Sound has recorded the songs in both Spanish and Portuguese along with English. The group has been personally impacted by these cultures and wants to honor them with these translations as resources for their local church. The Spanish and Portuguese versions will release in August.

Founded and led by Jared Runion, Local Sound, which also includes Garrett Tyler and Emily Wyant, grew out of the Nashville college and young adult ministry MyLocal615 and sees itself as culture creators who support the work of the local church in the lives of young adults.

In April, the band released “The Free World, Vol. 1,” with Integrity Music, which was the follow-up to their 2017 “independent” EP.