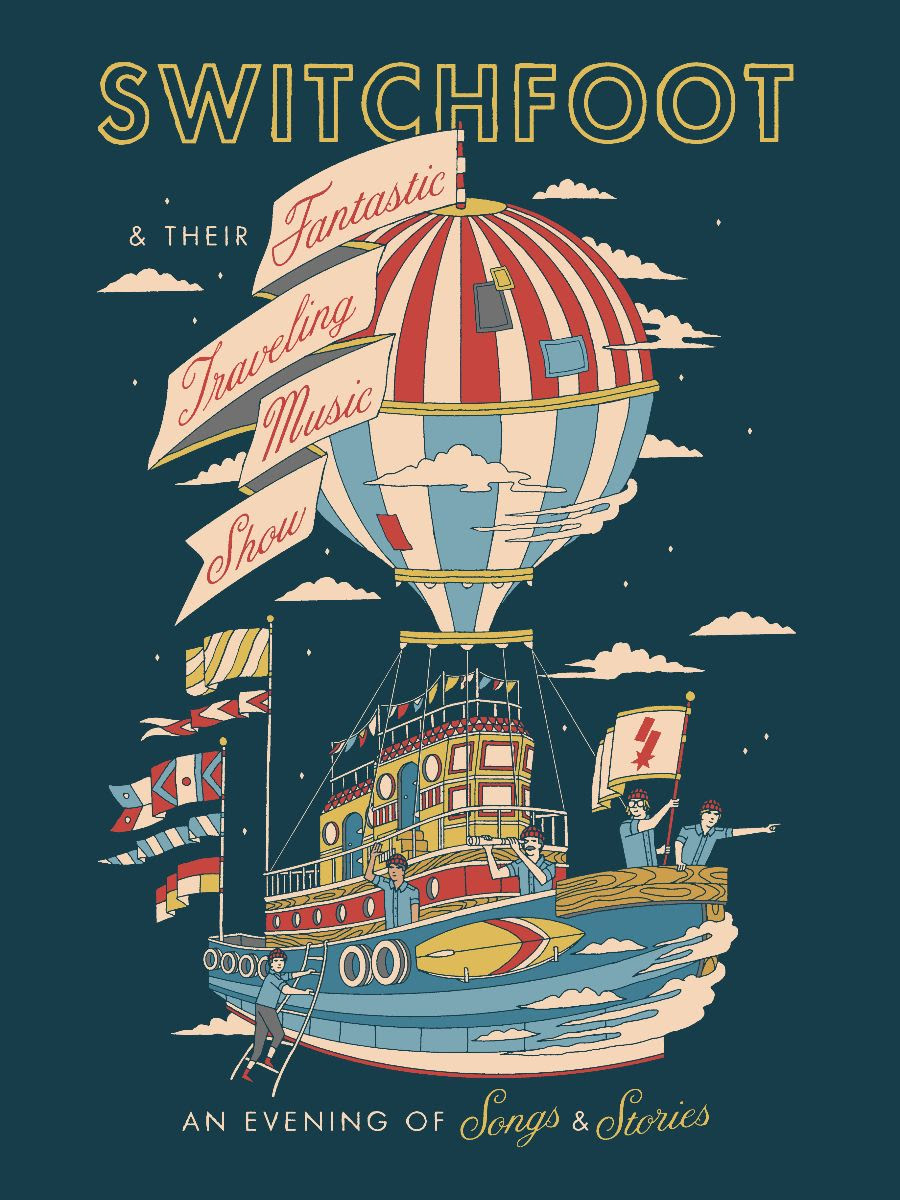 With this tour, Switchfoot promises a brand-new experience for their fans, with a deep dive into their catalog as well as playing hits old and new. Each night will consist of two sets back-to-back, the first a stripped-down acoustic set with never-before-heard stories woven throughout. That will be followed by a full-blown rock show to end the night.

When asked about the fire that fuels their acclaimed live performance, bassist Tim Foreman said, “We don’t play all these different shows all over the world to just bring people together. We play these songs to show that all along we never were that far apart.”

This tour follows the release of Switchfoot’s highly acclaimed 11th studio album, “Native Tongue,” which debuted at No. 2 on Billboard’s rock albums chart, and the “Native Tongue” spring 2019 tour, which saw the band perform to sold-out crowds at prestigious venues nationwide, including The Ryman in Nashville and The Wiltern in Los Angeles.

Last month, the band released the six-track “Live From The Native Tongue Tour” digital EP, which includes five live songs recorded during the band’s powerful performance at the Tabernacle in Atlanta, along with the original album version of “Native Tongue.” Switchfoot also shared live videos for “Native Tongue” and “Take My Fire,” which captured the quintet's signature high-energy performance and passionate connection with their fans.