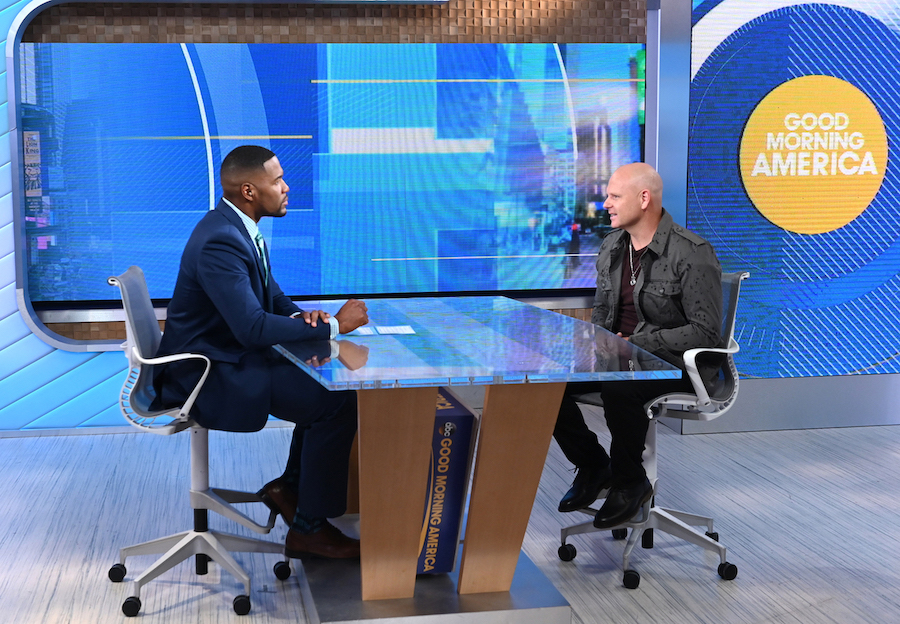 ABC and dick clark productions announced today that Michael Strahan, ABC’s “Good Morning America” co-anchor and host of “The $100,000 Pyramid,” will host “Highwire Live in Times Square with Nik Wallenda,” along with co-host Erin Andrews of FOX Sports. The duo will be live from New York’s iconic Times Square as Nik Wallenda and his sister, Lijana, seventh-generation members of the Wallenda family circus troupe, return to the highwire for a never-before-attempted walk of approximately 1,300 feet long and 25 stories above street level.

“Highwire Live in Times Square with Nik Wallenda” will air as a live two-hour televised event on Sunday, June 23 (8 p.m. EDT). The walk marks Lijana Wallenda’s first highwire walk since the 2017 accident where she, along with four others, tragically fell 30 feet off a tightrope during a rehearsal.

“So many factors are involved in an event of this magnitude, but it will all come down to the moment when Nik and Lijana step onto the highwire and we're covering every second live,” Strahan said. “This will be unlike any stunt you've ever seen, and the fact that it’s happening 25 stories above New York City’s Times Square makes this all the more captivating.”

“It’s exciting to be part of this incredible event, especially when Nik and Lijana are sending a message of strength and fearlessness in the face of the most tragic obstacle,” Andrews said. “Watching Lijana return to the wire after her near-fatal accident will truly be one of the greatest comebacks of all time.”

The 1,300-foot-long walk will take place 25 stories high between the famed 1 Times Square and 2 Times Square. Nik and Lijana will start from opposite ends of the wire, meet and cross in the middle of Times Square, and then continue to finish opposite of where they started.