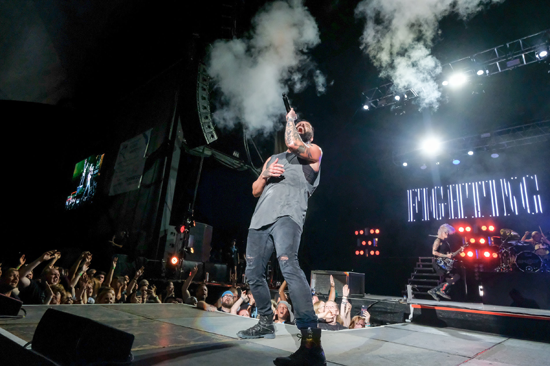 Kingdom Bound Ministries’ 2019 Kingdom Bound Festival will feature more than 50 artists and speakers from across the U.S. and Canada, including headlining performances from Grammy-nominated multi-Platinum rockers Skillet, Grammy winners and longtime attendee favorites for KING & COUNTRY, and worship veteran Crowder.

Joining them will be worship music pioneers Bethel Music and Passion Music, two of the leading worship groups in the country. They’ll be joined by “American Idol” finalist Danny Gokey, Christian radio hitmakers Unspoken, worship ensemble North Point InsideOut, along with Paul Baloche, We Are Messengers, I Am They, and Western New York’s own Brothers McClurg.

“Kingdom Bound celebrates 33 years in 2019,” festival director Donna Russo explained. “As I was preparing for the festival, I felt the Lord bring me to James 1:22, ‘But be doers of the word, and not hearers only.’ There are many of us who attend the festival and receive who need a gentle push to realize that God makes deposits in us calling us to invest back into our world and the people in it. It is that investment through serving others that changes lives.

"Don’t miss your opportunity to hear that message this summer – be a world-changer.”

Other festival events include kids programs for ages 4-8, the “Amped Tent” for 9-12-year-olds, a special morning program for high school students, and late night activities – including bonfires, dance parties and a showing of the breakout pro-life film “Unplanned.” The festival will also feature over 40 inspirational seminars, including national communicator Reggie Dabbs, Dr. Kevin Lehman, Ben Stuart and Carol McLeod.

Single-day tickets for the festival are $64 and include admission to Six Flags Darien Lake Theme Park and Waterpark. Four-day festival passes, including park admission, are available for $154. Tickets are available online at www.KingdomBound.org, by calling 716-633-1117, or in person at the Kingdom Bound office, 8550 Sheridan Drive, Williamsville. 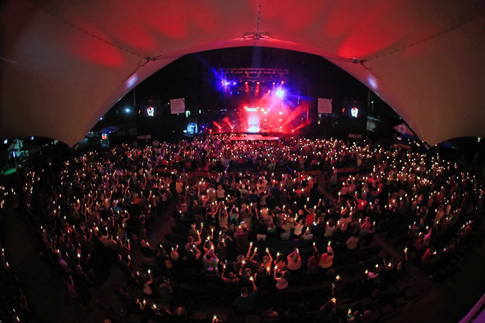 An overhead look at the Kingdom Bound crowd.

The Kingdom Bound Festival is one of the nation’s largest and longest-running Christian music festivals. Christian music fans from across Western New York, Pennsylvania, Southern Ontario, and beyond are expected to attend.

A limited number of on-site accommodations are still available, as well as full event and single day commuter passes. All tickets include access to all festival activities as well as admission to Six Flags Darien Lake Theme and Water Park.