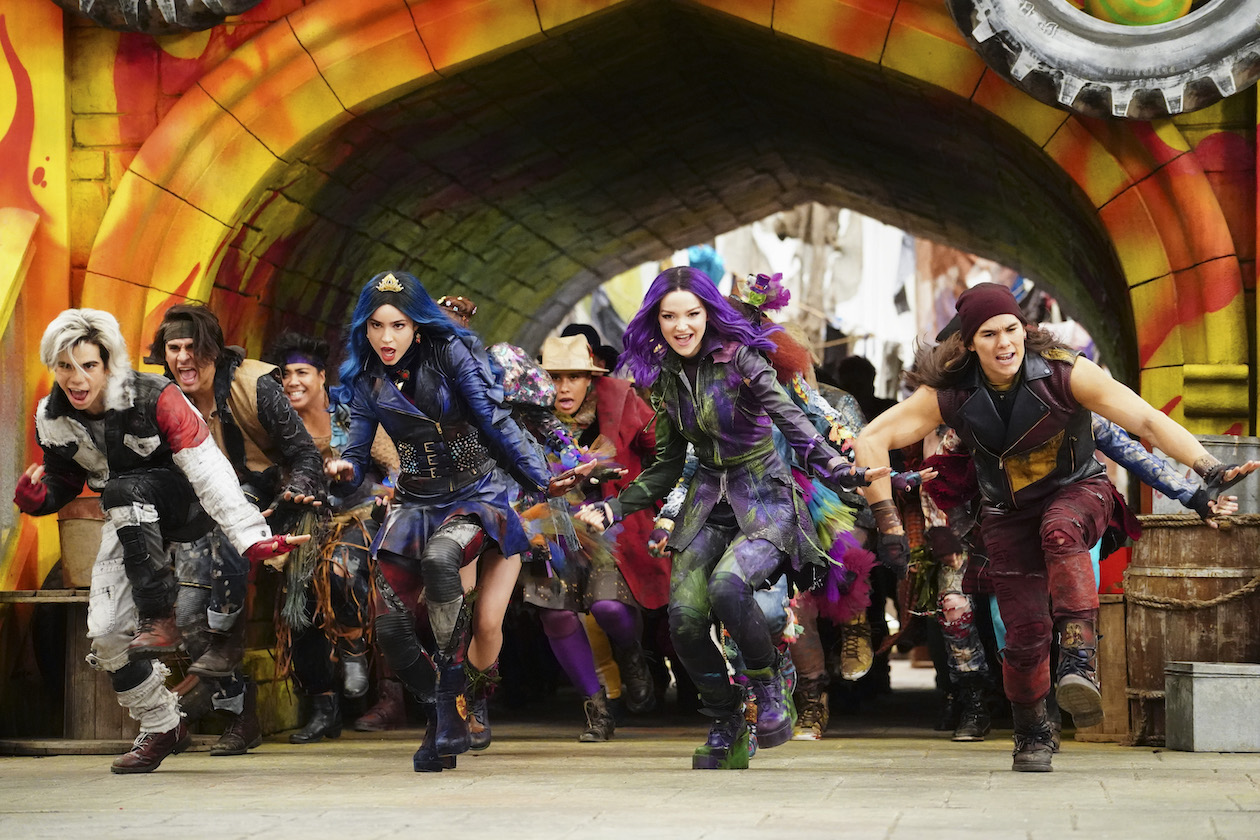 'Good To Be Bad' music video available now on DisneyMusicVEVO

"Descendants 3," the third movie in Disney's global smash franchise, is set to premiere on Friday, Aug. 2 (8-10 p.m. EDT), on Disney Channel and DisneyNOW.

Continuing the music-driven story that has thrilled kids and tweens around the world, "Descendants 3" is directed by Emmy and DGA Award-winning Kenny Ortega ("Descendants," "High School Musical") and choreographed by Jamal Sims (Disney's "Aladdin") and Ortega.

A preview of its opening musical number – the rallying anthem "Good To Be Bad," performed by Dove Cameron, Cameron Boyce, Sofia Carson and Booboo Stewart – is available on DisneyMusicVEVO. The song "Good To Be Bad" is also now available as a single, while the full "Descendants 3" soundtrack is available for pre-order from Walt Disney Records on digital music platforms.

The "Descendants" and "Descendants 2" music videos have amassed over 3 billion YouTube views and 1.3 billion audio streams to date. Both soundtracks are certified Gold by the RIAA.

Click HERE to view the "Good To Be Bad" music video from "Descendants 3."

Written by WGA Award winners Sara Parriott and Josann McGibbon ("Descendants," "Descendants 2"), the third movie portends to be the biggest kid and tween television event of 2019. The premiere telecasts of the first two "Descendants" movies (2015 and 2017) each ranked as the most watched cable movie of their respective years among kids 6-11 and tweens 9-14. The franchise expands on Disney heritage by telling the story of the teenage sons and daughters of Disney's most infamous villains, all friends who are wrestling with whether or not they have inherited the evilness of their parents.

"Descendants 3" unfolds on "VK Day" as fair-minded Mal, Evie, Carlos and Jay – the Villain Kids AKA "The VKs" – cross the barrier and return to their birthplace, the Isle of the Lost, to bring four deserving Villain Kids to the coveted Auradon Prep in a land where they have a chance at success, happiness and fulfillment. But, it's Mal who knows she must resolve to permanently close the barrier to the Isle of the Lost, fearing that nemeses Uma and Hades will wreak vengeance on her new home, the idyllic kingdom now ruled by her beloved King Ben. Despite her decision, an unfathomable dark force still threatens the people of Auradon, and Mal and her friends face their biggest challenge yet.

New to the cast is Cheyenne Jackson as Hades; Jadah Marie as Dr. Facilier's daughter, Celia; Jamal Sims as Dr. Facilier; and Christian Convery and Luke Roessler as Smee's sons, Squeaky and Squirmy.