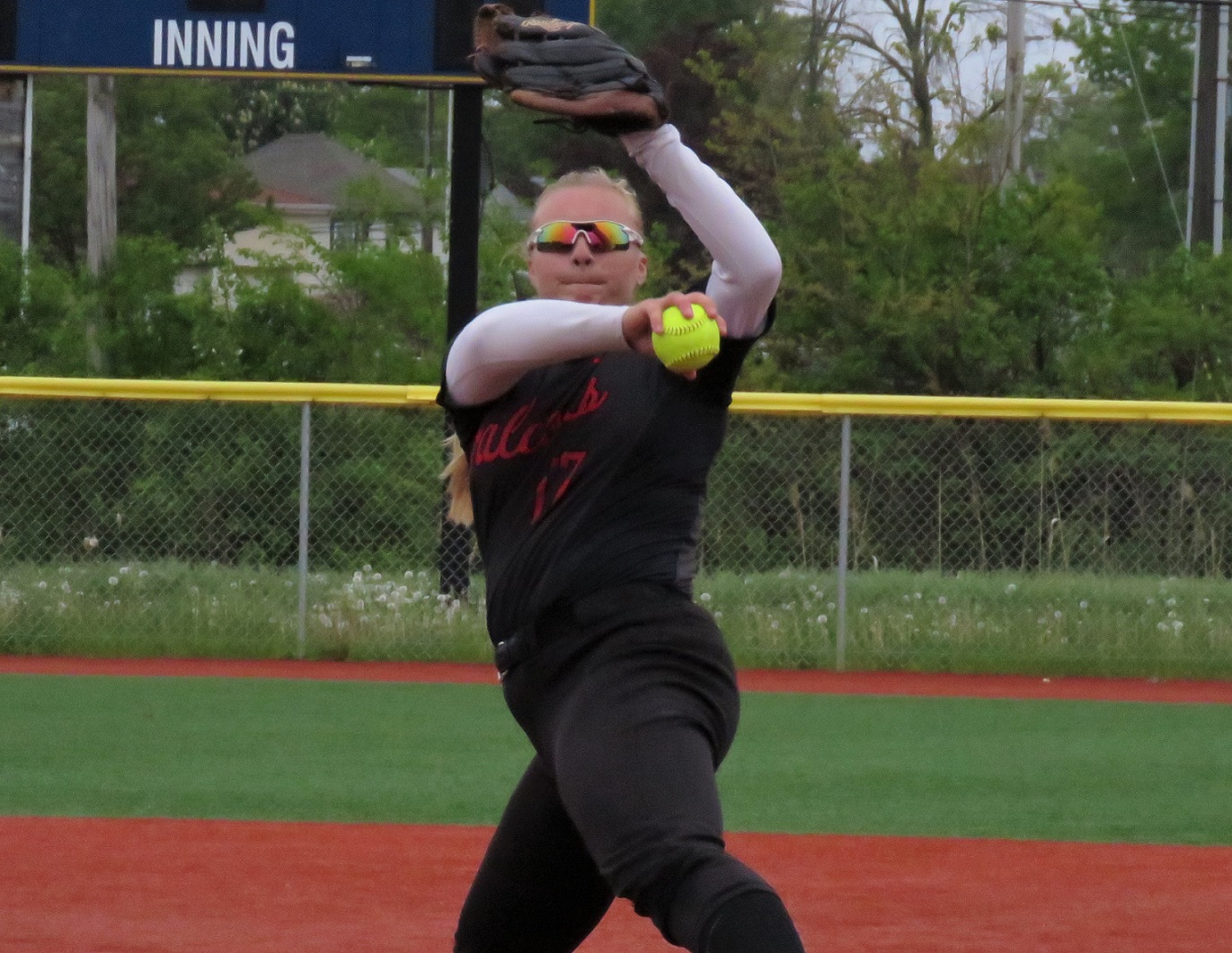 Quider does it all, guides Niagara-Wheatfield to Class A1 finals

The Niagara-Wheatfield Falcons softball team has been in its fair share of offensive battles. On Tuesday, in the Section VI Class A1 semifinals, the Falcons got it done on the defensive side of the ball, as N-W defeated Hamburg, 1-0.

All the offense came in the first inning from both teams, with the final six innings being highlighted by great pitching and astounding defense.

In the top of the first inning, Hamburg got its first and lone runner past second base via a fielder’s choice, but Falcons pitcher Mackenzie Quider got out of the jam with a strikeout.

In the bottom of the first, Maddie Evarts led off with a single and stole second base. With one out, Evarts advanced to third, after a ball hit by Mackenzie Franks was misplayed in right field. The following batter, Quider, came up and did something she hasn’t done much this season – bunt.

Quider’s squeeze bunt scored a sprinting Evarts, and the Falcons took a 1-0 lead, one it would hold the entire game.

From the first inning, Quider was dominant. The senior captain allowed just two baserunners from the second to sixth inning, both via walks.

On the other side of the field, Beth Eberhardt kept the N-W bats in check. Eberhardt allowed two baserunners for the rest of the game, while striking out eight batters.

Quider, in addition to her stellar outing in the circle, also fielded the position well, assisting on seven plays hit back to her.

In the top of the seventh, Hailee Kerins notched Hamburg’s second hit of the game, but Quider induced a ground out to the shortstop Franks, who ran to second for the force and that was it.

The win puts the Falcons in its second-straight Section VI title game. Last season, N-W was defeated in the Class AA final versus Lancaster. This season, the team classed down to A1 and will face Williamsville East. The Flames, according to the New York State Sportswriters Association, are currently ranked No. 1 in Class A of New York. East defeated Will South in the semifinals, 10-0, to punch its ticket to Thursday’s matchup with the Falcons.

For the Falcons, Quider had two of the team’s three hits, one of them being a double.

In the circle, Quider struck out six Bulldogs batters, and got a little help from her defense, which scooped up 13 ground ball outs.

The Falcons have been in tight games throughout the season, but not a 1-0 result. N-W coach Jim Proefrock said the first one couldn’t have come at a better time.

“It was a clean game; no errors,” he said. “They put it together today and showed the support that Q needed. Q threw a great game today and provided that solid bunt that got our only run in and that’s all we needed. The rest is history.”

Majority of the Falcons who played in last year’s finals loss versus Lancaster are back this season, and Proefrock said his team wants to seal the deal this time around.

“They had the experience from it last year. Not that they didn’t want it last year, but they want it even more knowing what the taste was like. It was nice to win the NFL (Niagara Frontier League), but I think they’ve always had their eyes on something a little higher. So, we’ll take it one game at a time, and these girls are hungry for it. Hopefully the result’s a little different than last year,” Proefrock said.

Of playing the No. 1 team in the state in the next round, Proefrock said, “It’s great and we’re ready. We’re ready to go.”

The Falcons will fight for its first Section VI title since 2011, at 4 p.m. Thursday at the turf facility of Williamsville North.