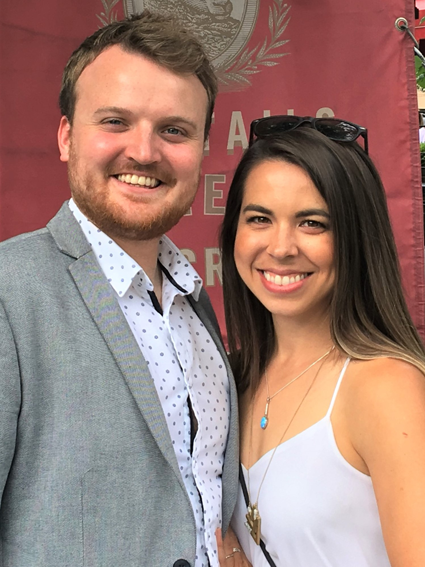 Margaret and Michael Lacki of Grand Island are happy to announce the engagement of their daughter Mary Elizabeth Lacki, to Patrick Michael John McFadden, eldest son of Helen and Mark McFadden of Eastbourne, United Kingdom.

Mr. McFadden is an alumnus of St. Bede’s Senior School, East Sussex in 2008, and graduated with a BA in politics and French from the University of Bristol, United Kingdom, in 2012. He is a management executive for an international airline in London, United Kingdom.