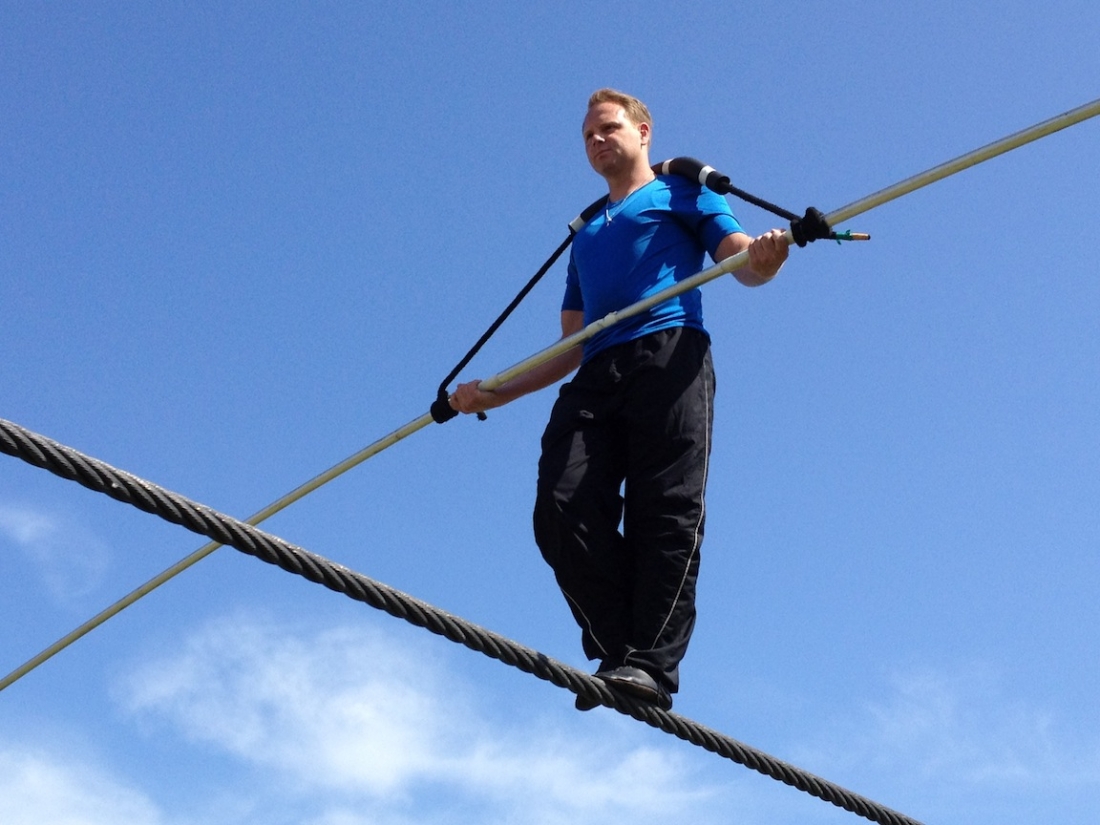 ‘Highwire Live in Times Square with Nik Wallenda’ is Sunday, June 23, on ABC

For first time since her well-publicized fall, Lijana joins her brother for a simultaneous highwire walk across heart of New York City

ABC announced “King of the Highwire” Nik Wallenda and his sister, Lijana, seventh-generation members of the Wallenda family circus troupe, will return to the highwire for a never-before-attempted walk of approximately 1,300 feet long and 25 stories above street level, across New York City’s iconic Times Square, live on Sunday, June 23 (8 p.m. EDT). “Highwire Live in Times Square with Nik Wallenda” will air as a live two-hour televised event.

The walk marks Lijana’s first highwire walk since the 2017 accident where she, along with four others, tragically fell 30 feet off a tightrope during a rehearsal.

This 1,300-foot-long walk will take place 25 stories high between the famed 1 Times Square and 2 Times Square. Nik and Lijana will start from opposite ends of the wire, meet and cross in the middle of Times Square, then continue to finish opposite of where they started. The must-see live event will also feature video footage of the Wallendas’ history, preparation and exclusive interviews.

“It’s hard enough crossing Times Square on the ground, try it 25 stories up,” said Karey Burke, president, ABC Entertainment. “ABC is the destination for big live events that become cultural moments, and Nik and Lijana will surely create one as they complete this never-before-attempted walk.”

“In 1928, my family performed at Madison Square Garden in the ‘City of Dreams’ for the first time in the USA,” Nik said. “And on June 23, I have the great opportunity to fulfill a lifelong dream of my own by paying homage to that performance as we return for my most exhilarating feat yet. I am beyond excited to be able to walk with my sister, Lijana, as she overcomes near-death injuries and continues the Wallenda tradition of never giving up!”

The Great Wallendas trace their roots back more than 200 years to the Austro-Hungarian empire. For Nik, every walk is an expression of honor to his great grandfather, the legendary Karl Wallenda, who brought the Wallendas to America from Germany to perform in The Ringling Brothers and Barnum & Bailey Circus. Nik’s previous live televised events include two hugely successful television events: walking across Niagara Falls in June 2012 and the Grand Canyon in June 2013. He holds 10 Guinness World Records.

Lijana was one of five performers who fell off a highwire tightrope while attempting an eight-person pyramid stunt during a Circus Sarasota rehearsal in 2017. She was severely injured and has been recovering ever since. The Times Square walk will be the first time she’s gotten back on the tightrope for a performance since her accident.