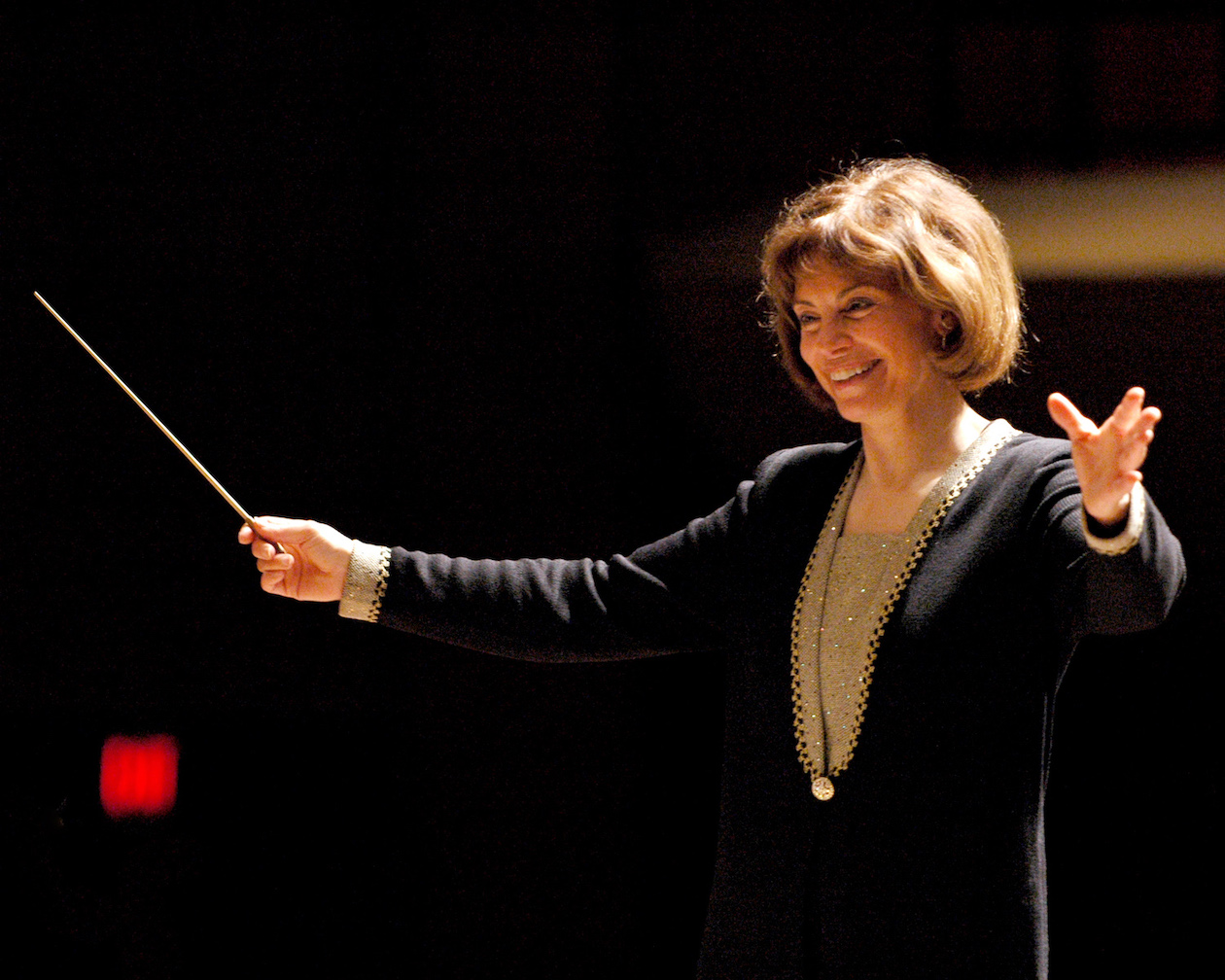 In the 20 years since JoAnn Falletta first stepped on to the BPO podium as music director, Buffalo has undergone a renaissance.

The Darwin Martin House, Richardson Olmsted Campus, and Canalside have been redeveloped and are now enjoyed by thousands of visitors from all over the world. A new Burchfield Penney Art Gallery has risen on Elmwood Avenue, transforming the museum from a small college gallery into a major cultural institution. Across the street, the Albright-Knox Art Gallery is about to undertake a remarkable, 30,000-square-foot expansion. The once-shuttered Studio Arena Theatre space has been reborn into Shea’s 710 Theatre, a new home for touring productions and hometown theater collaborations. With the construction of the Buffalo-Niagara Medical Campus, Main Street, Allentown and Downtown have thrived.

The Buffalo Philharmonic has also been transformed through the vision of its music director, JoAnn Falletta, with a strong donor and subscriber base that has allowed for tours to Florida, Carnegie Hall, and Poland, a revitalized recording program, commissioning projects, world premiers, and exciting seasons of music at Kleinhans Music Hall.

Hailed as a “leading force for the music of our time” for her work as a conductor, communicator, recording artist, audience builder, champion of American composers, and distinguished musical citizen, Falletta has served as music director of the BPO since 1999.

On Friday, Oct. 18, the Buffalo Philharmonic will lead a very special daylong celebration in honor of Falletta’s 20 years on the podium. The day will kick off with Classical 94.5 WNED, which will play one of Falletta’s 47-plus recordings with the BPO each hour on the hour from 6 a.m. until midnight. A “Coffee Concert” performance featuring the newest violin concerto of the great film scorist Danny Elfman, best known for his collaborations on such Tim Burton films as “Edward Scissorhands” and “The Nightmare Before Christmas,” will be presented at Kleinhans at 10:30 a.m., conducted by Falletta. The wildly popular pre-concert free coffee and doughnuts, beginning at 8:30 a.m., will feature a signature doughnut in her honor. Kleinhans Music Hall will be open for free tours by reservation following the “Coffee Concert” performance.

A full list of the day’s events will be available at bpo.org/joann20.

At 6 p.m., Falletta’s 20th anniversary dinner affair will begin. This black-tie event will be held at Hotel Henry on the Richardson Olmsted Campus, chosen both as a venue devoted to the arts and a landmark property symbolic of the transformation of the City of Buffalo over the past 20 years. Cocktails and hors d’oeuvres will be available on the third floor with live music representing the varied offerings of the BPO, along with an exclusive art and memorabilia exhibit celebrating the past 20 years in Buffalo and at the BPO. At 7 p.m., dinner catered by the hotel will begin in the fourth floor banquet room. A video piece, produced by WNED | WBFO, and guest speakers will pay tribute to Falletta throughout the evening. After dinner, guests will be treated to a musical performance by a special celebrity performer whose identity will remain secret until that night.

“JoAnn Falletta has forever altered the destiny of the Buffalo Philharmonic Orchestra,” said Daniel Hart, executive director of the BPO. “Under her direction, we’ve earned an international reputation as a force to be reckoned with. She’s gotten the orchestra broadcasting, recording and touring again. She’s helped to establish the International Guitar Concerto Competition, which has launched so many careers. The orchestra is on a solid financial footing and has a loyal following. We serve more than 50,000 students per year through our educational programs. There’s been so much to celebrate over the past 20 years. This gala will be truly special, unlike any the orchestra has presented before. We invite all of Western New York to come out and celebrate with us.”

Individual tickets to the Hotel Henry evening affair, a BPO fundraising event, are $1,000 and go on sale today. Proceeds support the BPO’s community initiatives and education programs. A portion of the ticket purchase is tax deductible. For more information, visit bpo.org/joann20.