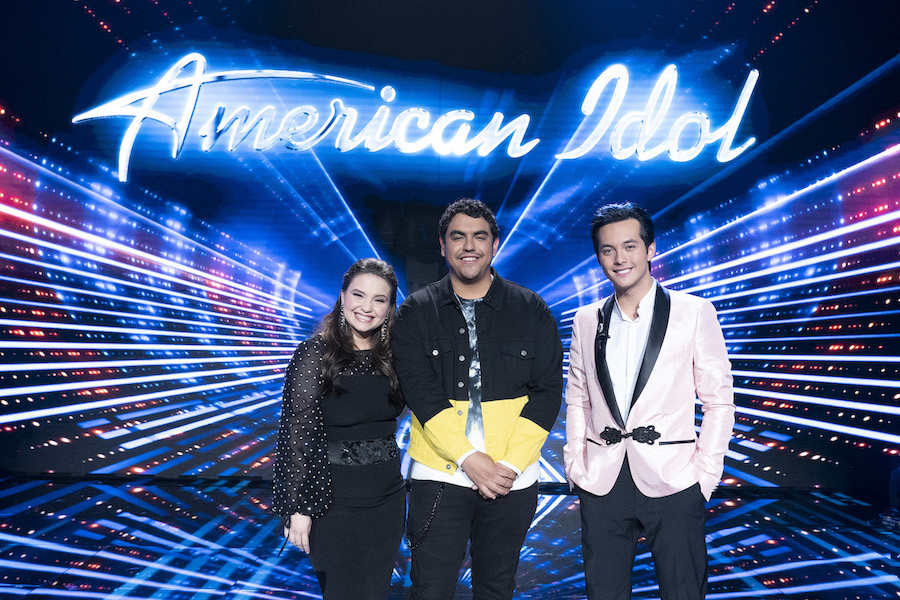 The journey to find the next superstar continued Sunday as the remaining five “American Idol” hopefuls left it all on the stage, singing their hearts out to win America’s vote and land themselves a spot in the season finale.

In the episode, each contestant performed three songs: a pick from in-house mentor, Bobby Bones; a song dedicated to their heroes in honor of Mother’s Day; and a selection from Elton John’s world-renowned catalog. To help prepare for this week’s theme, contestants were the first to watch the anticipated feature film “Rocketman,” an epic musical fantasy about the uncensored human story of Elton John’s breakthrough years.

Following each contestant’s three-song cycle, the results were announced: Madison Vandenburg, Alejandro Aranda and Laine Hardy advanced to this weekend’s season finale. That meant it was the end of the road for Wade Cota and Laci Kaye Booth.

For this episode, viewers were able to vote by text, via AmericanIdol.com/vote and on the “American Idol” app during the show. Results were revealed at the end of the show in real time, across all time zones.