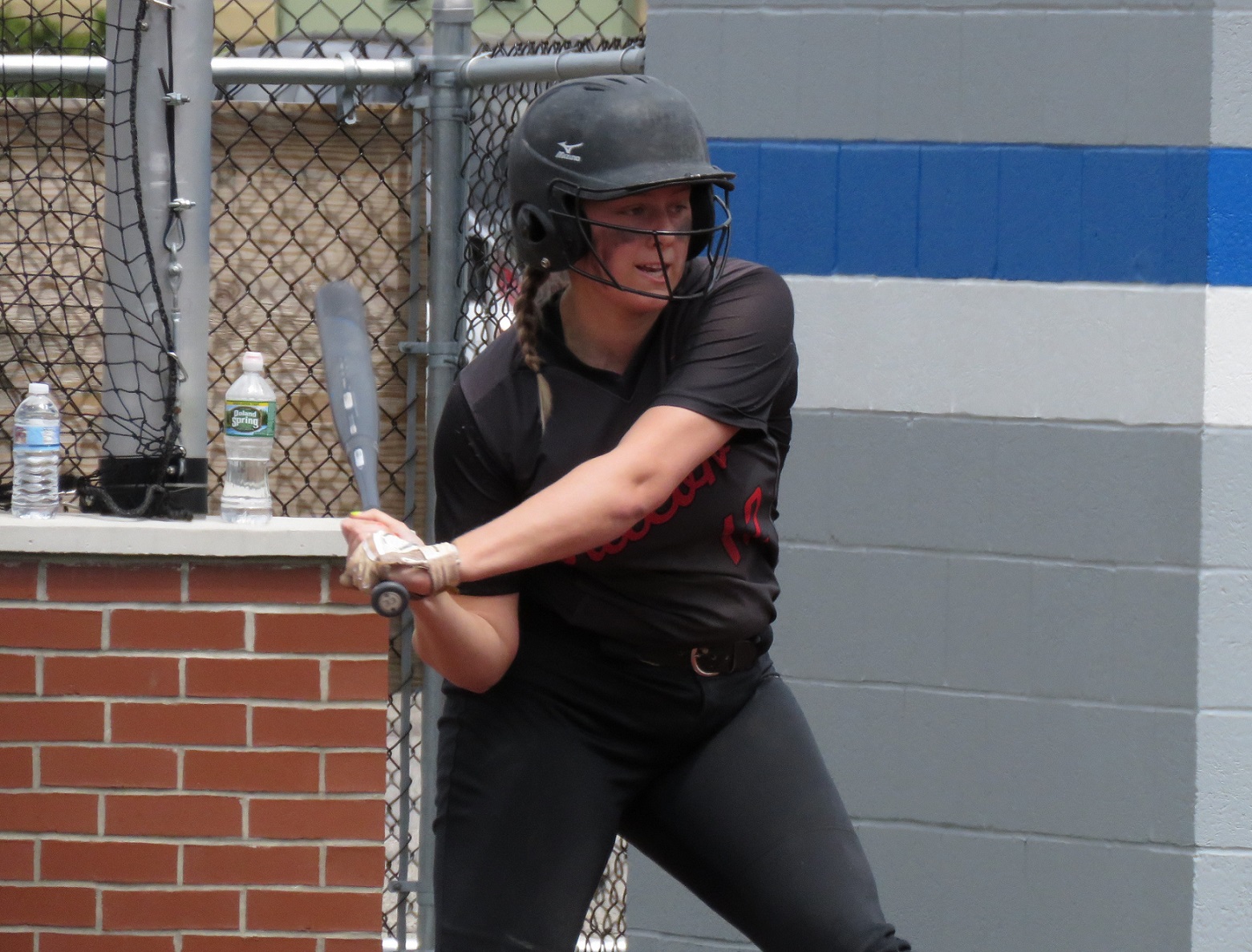 Saturday afternoon, on the turf of Kenmore West High School, the two Niagara Frontier League squads dueled in a second extra inning affair, with the Falcons defeating the Lancers, 6-3, in eight innings.

After the Falcons won the first matchup, 5-4, in nine innings, the game had some hyped behind it.

Lew-Port got on top early, 2-0, on two batted balls that didn’t leave the infield.

After Maddie Terrana led off with a walk, she advanced to second on a bunt by Maggie Waechter, then to third on a ground ball. With two down, Riley Crum’s groundball to second base was misplayed, allowing Terrana to score.

Following a single by Meghan Baio to advance Crum to third, Chloe Noah hit a short grounder to score Crum.

N-W answered in the second to cut into the lead, though.

Nikki Kwiatkowski drove in Elanna Lysiak from second base after a single into centerfield.

Lew-Port was quick to score its third run. After Meghan Pacana singled to start the bottom of the second, Terrana bunted her over, then after a fly out, Pacana advanced to third. With two outs, first baseman Larissa Reid poked a single into the outfield to score Pacana and make the score 3-1, Lancers.

Starting pitchers Quider and Crum got through the third and fourth innings with little to no trouble.

In the top of the fifth, the Falcons started a two-out rally. Leadoff hitter Maddie Evarts singled with two down, then stole second base. With two strikes, second baseman Corin Loughrey waited back on Crum’s changeup and poked a single into center to score Evarts. Loughrey’s RBI single cut the Lancers’ lead to 3-2.

Waechter led off the bottom of the fifth with a single for L-P, but Quider was able to keep her held on third base with two groundouts and a flyout.

The Falcons tied things in the top of the sixth, as Quider doubled in the right-centerfield gap to leadoff. After Quider was lifted for a courtesy runner, Katie Kostiw advanced to third on a groundout, then scored on a sacrifice fly to left field by Jenna Bailey. Bailey’s RBI tied the game at 3.

After Crum pitched her way through the top of the seventh with ease, the Lancers had a chance to end it in the bottom of the frame.

With one out, Waechter doubled to right-centerfield and advanced to third on a groundout. After back to back walks to Crum and Baio loaded the bases, Noah had a chance to win it for the Lancers. Quider was able to induce a flyout to right field to end the threat and send the game to extra innings tied at 3.

In the top of the eighth, N-W gained its first lead.

Of all ways to reach first base, Loughrey reached via dropped third strike to get a base runner on.

After a flyout, Quider sent a knuckling poke into right field that hit the turf and went completely sideways past the right fielder for an RBI triple. Quider’s lone RBI of the game gave the Falcons a 4-3 lead.

On the ensuing batter, Lysiak sent a deep and high flyball to right field that was misplayed. Lysiak wound up circling the bases on the error, advancing the Wheatfield lead, 6-3.

In the bottom of the eighth, Quider finished things with a little help from her defense. Brooklyn Langer sent a hard groundball to shortstop Mackenzie Franks’ backhand side, which Franks corralled and, from her knees, threw out Langer at first.

Quider then induced a groundball to Loughrey for the second out and finished it herself with a strikeout to seal the victory.

The win for the Falcons (9-2 NFL) is a confidence booster, as the team endured two losses this past week (Lockport and Kenmore West). With Lewiston-Porter looking for revenge, coach Jim Proefrock said the win was a big one for the red and black.

“I think it’s huge. I think we always knew we could do it. We had a little bit of a lull there,” Proefrock said. “We had a lot of ailments; some injuries we had to overcome, and the team is coming together. We know this is an important time of the season and they just really battled back here.”

Proefrock gave credit to his team for holding the Lancers in the bottom of the seventh with the bases loaded, then grabbing the lead in the eighth.

“I’m real proud of my girls, because it’s a lot of softball they’re playing in a short period of time. They’re really working out there and battling,” he said.

For the Lancers (7-4 NFL), Crum threw a complete game with six strikeouts. Offensively, Waechter went 2-3 with a double.

For the Falcons, Quider led the way at the plate and in the circle. Offensively, the senior captain went 3-4 with two doubles, a triple and an RBI.

In the circle, after an up and down first two innings, Quider finished with eight innings pitched, two earned runs allowed and two strikeouts as the winning pitcher. Following the second inning, Quider gave up no runs and three hits.

Proefrock said he’s used to Quider not getting rattled after a tough start.

“She’s very headstrong,” Proefrock said. “She settles in and she doesn’t let anything bother her. We all know how confident she is and we have all the confidence in the world that she’s going to come through. So I wasn’t worried at all. I just know how strong she is in those situations. She really thrives on that.”

Offensively, along with Quider, Loughrey, Lysiak, Bailey and Kwiatkowski all added RBIs.

Following the team’s first two league losses of the season, Proefrock said the set of defeats proved the Falcons were beatable, but the team has taken them in stride.

“Anything can happen, and we can lose. I think it’s good for them to know that we are beatable, and we have to come every single day to play and we can’t take any single play off,” he said.

Niagara-Wheatfield’s next contest is at 4:45 p.m. Monday versus Grand Island. The two squads will also finish a recently suspended contest that took place at GI.