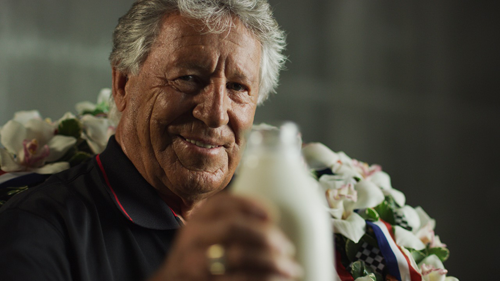 “Drive Like Andretti” – NBC Sports’ new film that celebrates the life of Mario Andretti and details his first-person account as a refugee, immigrant, cultural icon and racing legend – premieres this Saturday, May 11, at 2 p.m. ET on NBC, leading into NTT IndyCar Series coverage of the INDYCAR Grand Prix at 3 p.m. on NBC.

“Drive Like Andretti” follows Andretti – the only driver ever to win the Indianapolis 500, Daytona 500 and a Formula 1 World Championship – as he recounts his improbable journey, beginning as a war refugee in Italy and concluding as the most famous racecar driver on Earth.