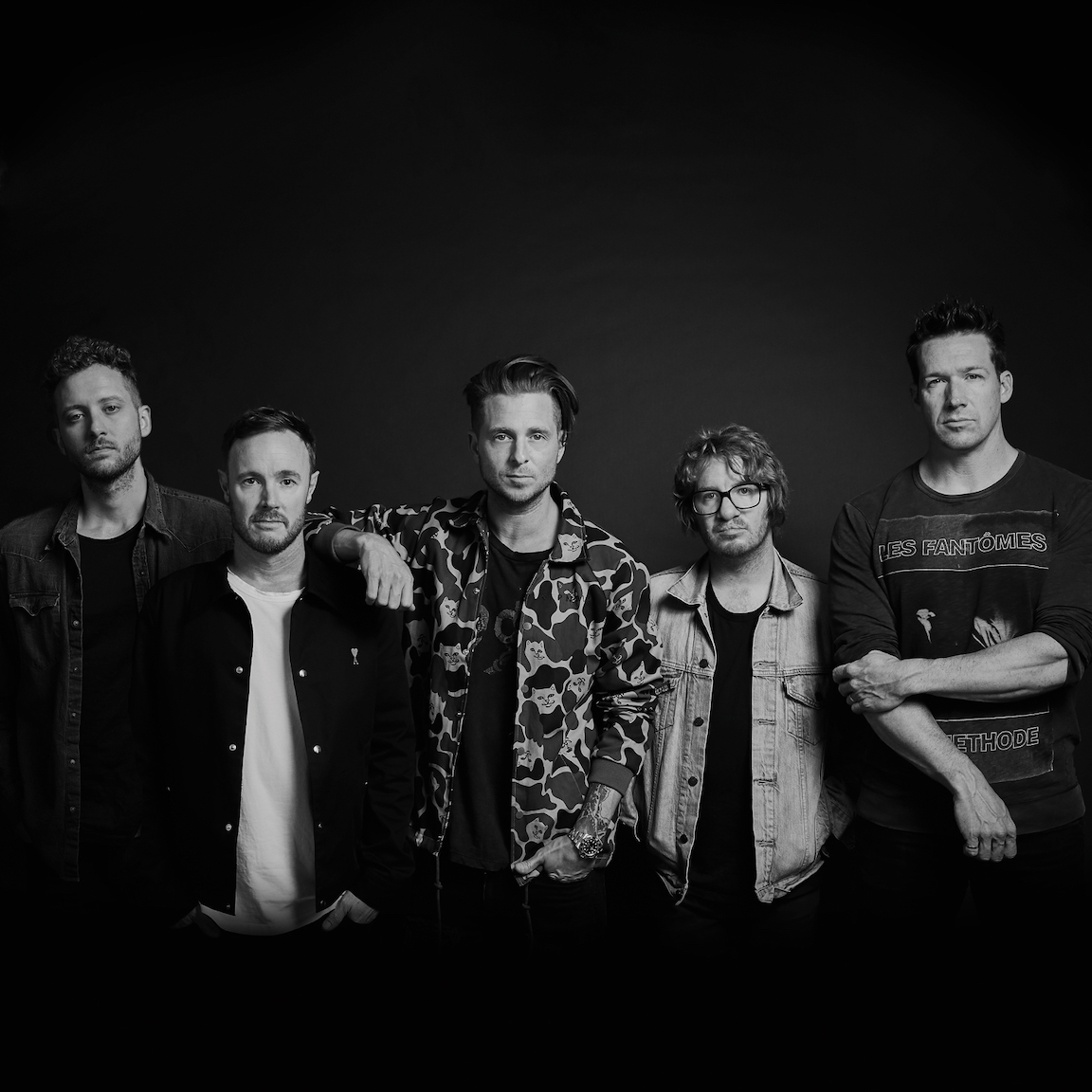 Fallsview Casino is turning up the heat this summer with award-winning entertainers, including OneRepublic, Jason Mraz, Jason Isbell and the 400 Unit, and Lyle Lovett and his Large Band.

Headlining July's entertainment is OneRepublic. Since releasing their first album in 2007, this Grammy-nominated band has sold more than 10 million records worldwide, gaining them international recognition. For two nights, July 25-26, this alternative pop-rock band will deliver chorus-heavy songs that have topped the music charts, including “Apologize,” “Counting Stars,” “Good Life” and “Connection.”

Starting the month off, Jason Mraz will hit the Fallsview stage July 4-5. This Grammy-winning singer-songwriter has sold millions of albums worldwide. With his soulful, folk-pop sound, he'll captivate the audience with hits such as “I'm Yours,” “I Won't Give Up,” “The Remedy” and “Lucky.”

Then, on July 6, Jason Isbell and the 400 Unit will perform for the first time at Fallsview Casino. Four-time Grammy-winner Isbell is known for gutsy Americana infused with elements of rock and blues. Influenced by his northern Alabama roots, he and the 400 Unit will showcase songs including “Maybe It's Time,” “Tupelo” and “Hope the High Road.”

Dancing Queen takes the stage from July 11-21. This ’70s disco dance extravaganza performs timeless hits of Abba, The Bee Gees and Village People, among others. This is chance to sing along to classics such as “Saturday Night Fever,” “Celebration,” “Y.M.C.A.” and “Thank You for the Music.”

Moving into the ’80s, Grammy-winning Lyle Lovett and his Large Band will bring together country, swing and blues on July 27, performing chart singles including “The Road to Ensenada,” “If I had a Boat,” “Natural Forces,” “Release Me” and “Pontiac.” 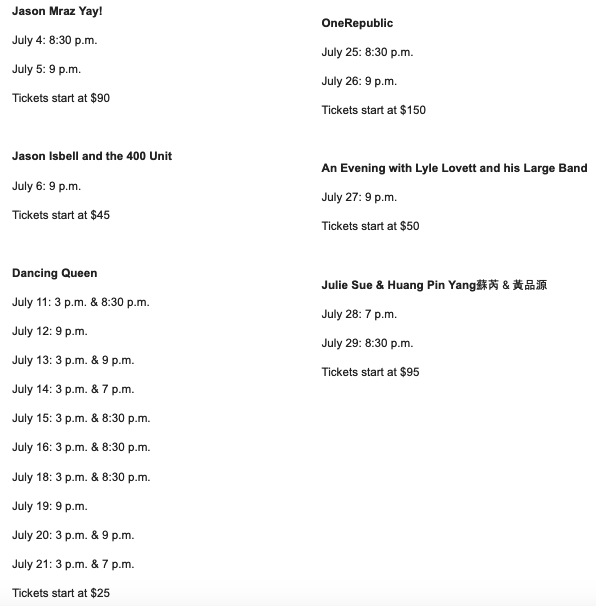 "Summer is the perfect time to see a concert," said Cathy Price, vice president marketing for Niagara Casinos. "Whether you want to rock out with OneRepublic, tap your toes to Dancing Queen or be inspired by Jason Mraz's soulful lyrics, Fallsview Casino is the place you want to be."

Tickets to the July shows will be available starting at noon on Friday at the Fallsview Casino box office and all Ticketmaster outlets. Call Ticketmaster at 1-877-833-3110 or visit www.ticketmaster.ca.