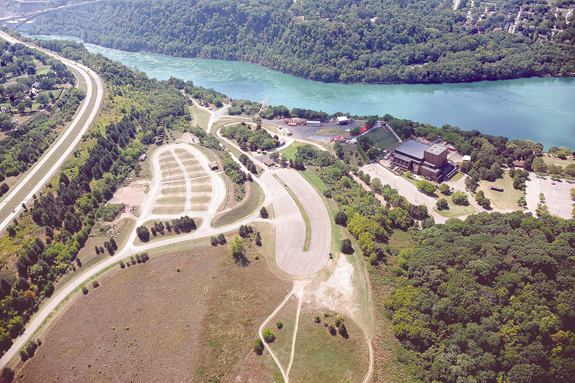 Artpark & Company announced the Ralph C. Wilson, Jr. Foundation will provide a $250,000 grant to fund the development for Artpark’s future planning. Money will go toward a master plan – a long-term phased transformation that will revitalize the park grounds, and improve connectivity with surrounding parks/trails/communities, facilities and programs.

“Artpark is a significant asset along the Niagara Gorge, as well as the shoreline trail,” said James Tighe, director of Parks and Trails Initiative at the Ralph C. Wilson, Jr. Foundation. “We’re thrilled to support this master plan and the revitalization of a regional cultural hub.”

A press release said that, “with the objective to maximize overall park usage and potential focus on visitor experience, technological advancement, and ecologically conscious cultural leadership, the Artpark master plan will be conducted on the highest level of modern design and technology. The plan will further develop Artpark as an internationally recognized, financially sustainable destination where ecology, technology and culture interact on a broad scale with unprecedented impact.”

The Town of Lewiston and Artpark & Company also received $100,000 in Empire State Development funds for the master plan project.

“Artpark is an important cultural institution that gives visitors to the Niagara Falls region another beautiful destination to see while they’re here, encouraging longer stays and more spending in the region,” ESD President, CEO and Commissioner Howard Zemsky said.

Artpark & Company Executive Director Sonia Kozlova Clark said, “Artpark is a unique destination where arts, nature and culture fuse into unforgettable experiences. Our vision is to ensure its long-term growth as a true cultural tourism destination in New York state. All of us at Artpark are thrilled to be receiving this tremendous support and votes of confidence from the Ralph C. Wilson, Jr. Foundation and the Empire State Development.”

The master plan is the next step in an extensive and multifaceted study Artpark commenced in 2017 with funding provided by the John R. Oishei Foundation, Cullen Foundation and Grigg Lewis Foundation.

“The profound transformation we are envisioning is going to take a deep level of careful analysis, visionary thinking and community involvement, and I am grateful for all the funders and the minds that have been supporting this process along the way,” Clark said.

Paul Hogan, executive vice president of The John R Oishei Foundation, said, “The transformation of Artpark is essential to development along the Niagara River and Lake Erie, and completes, in a profound way, what Western New York will be able to offer in cultural and natural heritage. It will restore the heart of the original vision of the park, and add in exciting aspects of technology, focusing much of it all on interpretations of ecology and the environment, all while expanding the scope of artistic offerings and opportunities for visitors to engage. It will be an outstanding evolution.”

Artpark & Company is an independent, 501 (c)(3) nonprofit corporation operating under a long-term collaborative agreement with the New York State Office of Parks, Recreation and Historic Preservation.