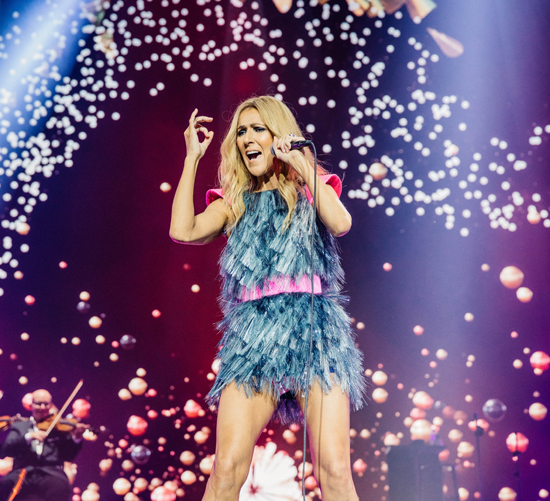 Celine Dion to perform in Buffalo

Coming to KeyBank Center on Dec. 5

One of the most immediately recognized and widely respected superstars in pop music history, Celine Dion, announced today she will embark on her “Courage World Tour,” set to kick off in the fall and visit KeyBank Center at 7:30 p.m. Thursday, Dec. 5.

The multiple award-winning artist made the announcement to a packed house of fans during a special live event at the Theatre at the Ace Hotel in Los Angeles. Unveiling a short video chronicling the end of her iconic Las Vegas residency, Celine surprised the audience with the news of the “Courage World Tour,” her first U.S. tour in over 10 years. Delighting her fans with a special performance of songs from her chart-topping catalogue, Dion closed the event with an intimate Q&A with the audience.

Dion said, "I'm so grateful to all the fans who have come to see my show in Las Vegas for so many years, and now I get the chance to create a brand-new show and bring it to them in North America, and around the world. I'm very excited about this tour, and my new album … coming later this year."

“We’ve been thrilled to be working with Celine for these last 16 years in Las Vegas, and we’re even more delighted that, for the first time in more than a decade, she will be bringing her show to her fans, all around the world, starting here in North America this September,” said John Meglen, president and co-CEO of Concerts West. “Celine is a treasure; truly a voice for the ages.”

Exclusive VIP packages will be available. All online ticket orders come with one CD copy of Dion’s new English album, scheduled for release this fall.

Tickets for the Buffalo show go on sale at 10 a.m. Friday, April 12, and range in price from $229.50 to $49.50 (includes $4.50 facility fee). They can be purchased at KeyBank Center box office, online at www.tickets.com, or by calling 888-223-6000. A random handbill policy will be in effect. A limited number of handbills are available now. All tickets are subject to applicable service charges and fees. No service charge applies at the KeyBank Center box office. Dates and times are subject to change without notice. 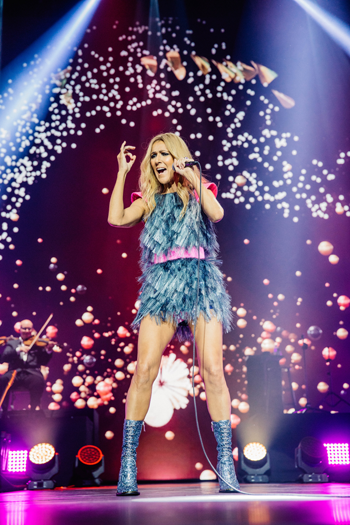 Vocal powerhouse Dion is one of the most immediately recognized, widely respected and successful performers in pop music history. She won numerous awards by the age of 18, dominated the pop charts in the 1990s, and has sold almost 250 million albums during her 35-year-plus career. She has earned five Grammy Awards, two Academy Awards, seven American Music Awards, 20 Juno Awards (Canada) and an astonishing 40 Félix Awards (Quebec).

She remains one of the most sought-after recording artists, receiving the Diamond award at the 2004 World Music Awards recognizing her status as the best-selling female artist of all time. In 2016, the Billboard Music Awards presented her with the lifetime achievement Icon Award.

Dion continues to break records with her Las Vegas residency at The Colosseum at Caesars Palace, which has played over 1,100 shows to more than 4.5 million fans. In June 2018, she took a two-month hiatus from her Las Vegas residency to head overseas for her sold-out tour “Celine Dion Live 2018,” playing 22 shows across 12 cities in Asia, Australia and New Zealand. The tour was one of the highest-grossing of the year, netting nearly $57 million for 260,000 fans. She also topped the U.S. dance club charts in July with the remix of her single “Ashes” from “Deadpool 2.” In September, Dion announced her iconic Las Vegas residency would come to an end on June 8.