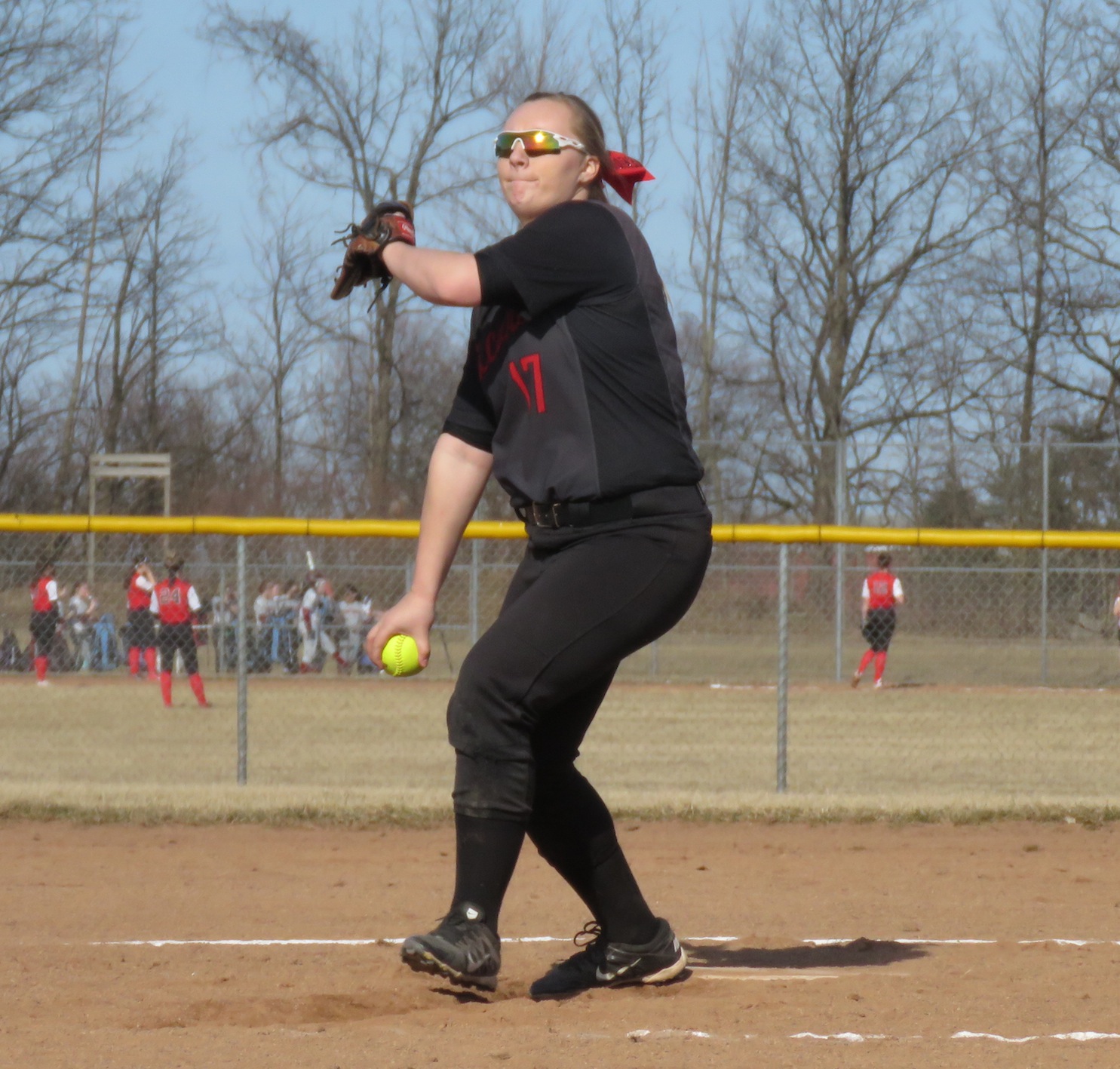 Niagara-Wheatfield senior Mackenzie Quider throws a pitch for the Falcons during the team's scrimmage versus Starpoint last Friday. (Photos by David Yarger)

Last spring, the Niagara-Wheatfield Falcons softball team was close to winning its first Section VI title since 2011. The team fell short versus Lancaster but, for the 2019 spring season, the Falcons return a majority of the 2018 roster that guided the team to the finals.

The spring sports season itself has gotten off to a slow start thanks to Old Man Winter hanging on for dear life, but the Falcons have two scrimmages under their belt. This is essential, as some squads in Western New York won’t touch the field until the first game on the schedule.

The team’s first regular season game versus Niagara Frontier League rival Niagara Falls was postponed Monday and rescheduled to Tuesday. As the season’s slate begins, N-W coach Jim Proefrock said it’s a good feeling to return as much talent as the Falcons will this season.

“It feels great. I’m expecting good things from the returning players. We got a couple six-year starters for us, a bunch of four-year starters for us, then we got some young ones – some newbies coming up and fill in the gaps and try to earn a spot on the squad. They’re all talented and I think we have a lot of depth this year. I’m looking forward to it,” Proefrock said.

Returning for the Falcons included six-year varsity starters and captains center fielder Madison Evarts and shortstop Mackenzie Franks. Additionally, the Falcons will have pitcher and third baseman Mackenzie Quider back. Evarts and Quider were selected as All-NFL First Team all stars last season, while Franks was All-NFL Second Team. Proefrock said the trio would be essential towards the team’s success.

“They’re instrumental in this whole team. They’re the leaders,” he said. “Between the three of them, there’s 16 years varsity experience. Obviously, you don’t see that often.” 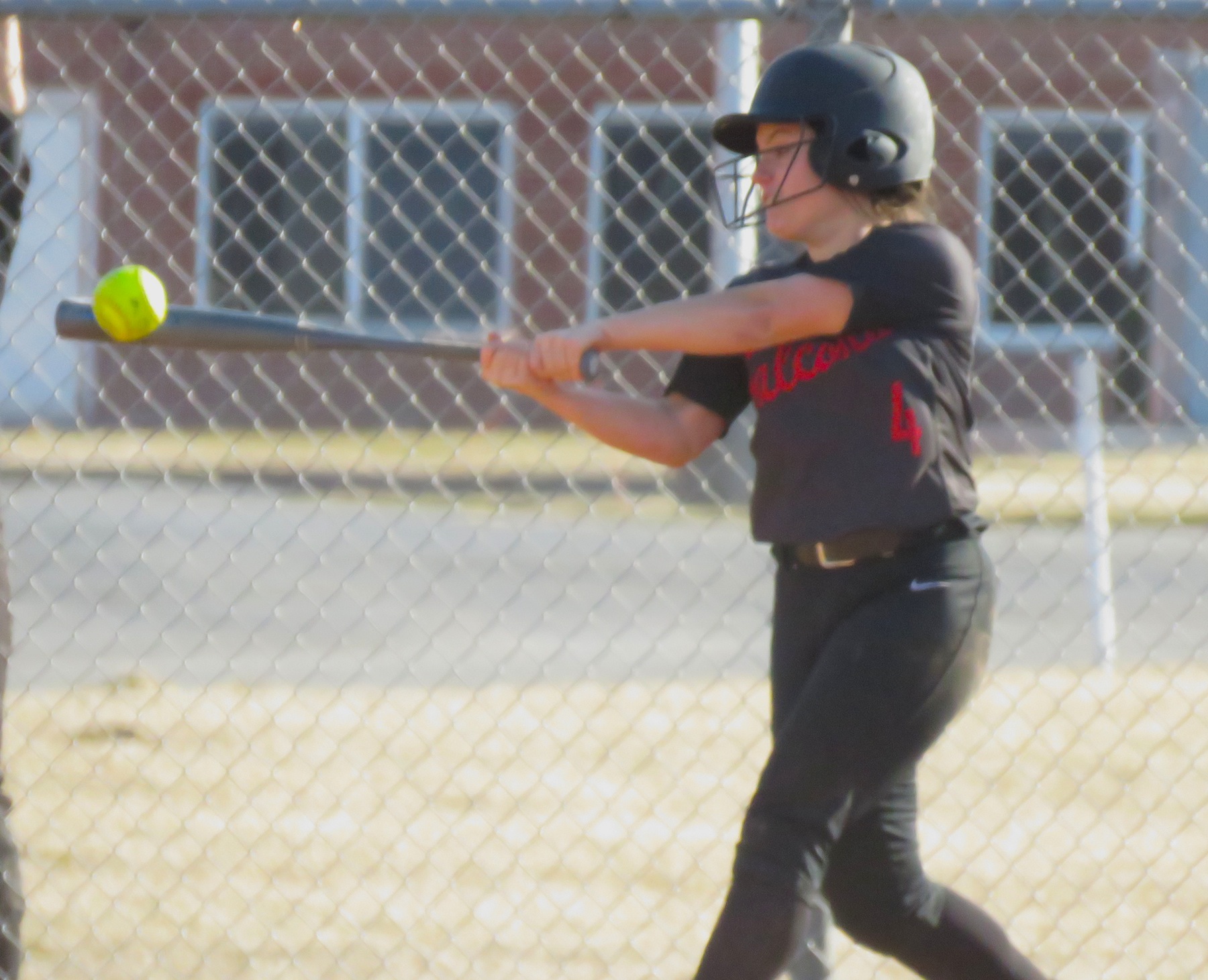 Madison Evarts lines a single through the left side during last Friday's scrimmage at Starpoint.

Coming off a 15-5 season and reaching the sectional finals, Proefrock said the bar is set high this season. However, the Falcons just need to take everything a game at a time.

“I’d say our expectations are always high every single year we come in. We come in with the same expectations to do our best and get as far as we can in sectionals and hopefully win sectionals and keep going. I’m not trying to put any added pressure on our players, but Niagara-Wheatfield softball has always had a target on their back, because we have a good program going. I think our girls are used to that and expect that type of pressure in a way,” Proefrock said. 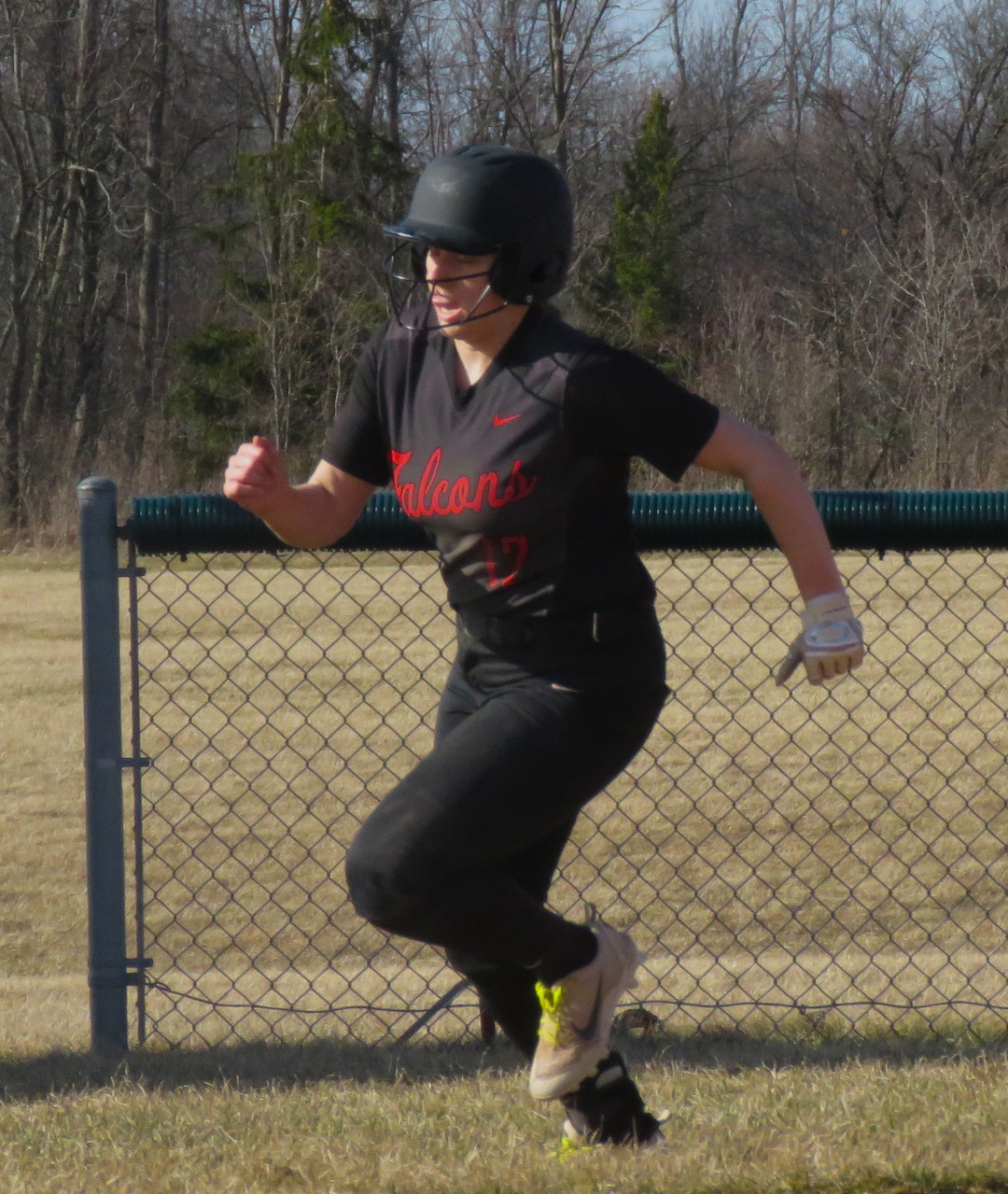 After losing in the title game, Proefrock noted that the Falcons are hungry to get back and hopefully seal the deal this year.

“I think every year we’ve gotten a little further in sectionals, and I can tell you that the girls really want it. They’re really focused this year. They’ve really set their goals and they know what they want this year. They got a little taste of it in the finals last year, now we just gotta finish it,” Proefrock said.

The team will have to fill some holes left from graduated seniors Mikaela and Carly Milleville, as well as Taylor Benton. The trio received All-NFL honors in 2018. Proefrock said, he’s seen players such as Corin Loughrey, Kostiw and Kwitchoff step up during practices and scrimmages. He’s looking for them to have big seasons. 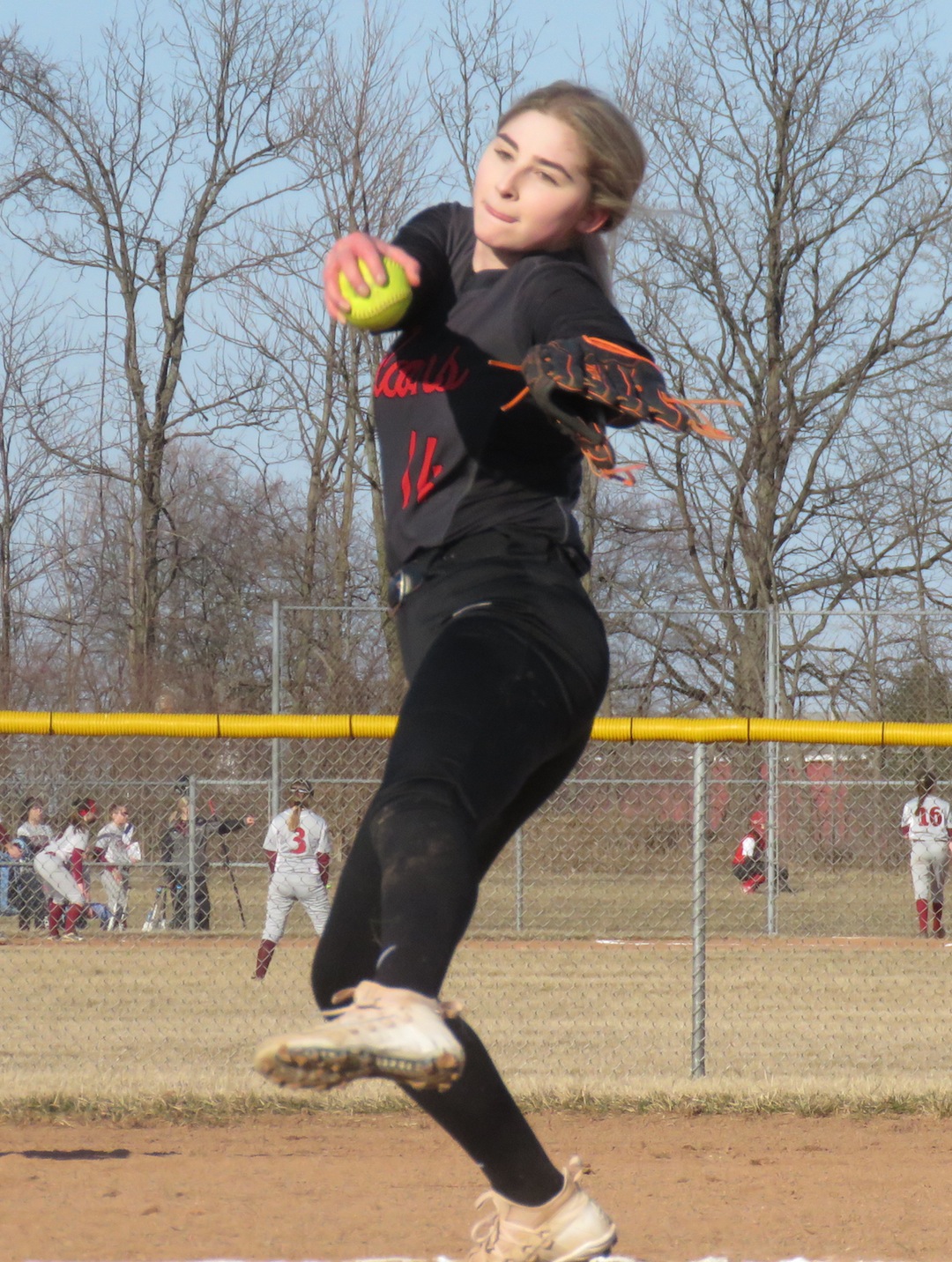 Senior Maddie Kwitchoff pitches from the circle during last Friday's scrimmage versus Starpoint.

Speaking of scrimmages, Proefrock said he’s seen good things from the Falcons to start the season, but added the team still has work to do.

“I just want to continue to be aggressive on the base paths, aggressive with our play; always being in it and focused. We have the tools to execute and we just have to make sure that, if we’re struggling, we have to manufacture runs and just keep getting them in,” Proefrock said.

The Falcons will play as the home team at 4:45 p.m. Tuesday at Niagara Falls High School.