The classic is a four-game showcase of graduating seniors from Western New York high schools. The NFL all stars faced the ECIC I all stars in the third battle of the day.

For the victorious ECIC I squad, Armondez Cleague of Cheektowaga was named Most Valuable Player for his team with 16 points. Zamari Mitchell of West Seneca East was named the Sportsmanship Player of the Game for ECIC I with 11 points.

Everyone on the ECIC I roster scored, including Adrian Baugh of West Seneca West with 15 points; Jacob Belote of Williamsville North with 14; Mason Goodridge of Springville with 13; Brandon Dunz of Frontier with 10; Jacob Jerebko of Lancaster and Noah Graber of Lackawanna with 8; and Nate Wereski of Orchard Park and Evan John of Sweet Home with 6.

For the players on the court, it was the last time they would don their respective school colors. Following the game, several locals said how it was nice to represent their soon-to-be alma mater and what they’ll take away from their time on the court.

Of his time at NFHS, Harris said he’ll remember how his coach Sal Constantino would always have the team ready, no matter what.

“Winning is one thing, but our practices were hard. I feel like the competition in practice and the level of intensity was definitely high. Sal definitely put us to work,” Harris said.

The MVP Scott, a First Team All-NFL selection, said, “It felt real good. I was at home putting on my jersey and I was saying to myself, ‘This is going to be the last time I’m going to suit up in this uniform.’ So, it was a good feeling getting out there and having fun with it, showing my talents and going to work.”

Scott added how much he cherished his time donning the Kelly green and white.

“(I’ll remember) everything,” he said. “The students, the fans, the family environment we had. It brought back a lot of memories when I was playing in this game today and it really felt good.”

Ware, a Second Team All-NFL honoree and three-year starter for N-W, said, “It was pretty exciting. I really enjoyed myself to come out and play one of my last high school games.”

Ware added, “These last few years one thing I learned is that growth is everything and I feel like I really progressed on and off the court with the help of coach (Erik) O’Bryan and some of the assistants there.”

Sionko, an All-NFL first teamer for the Vikings and coach Ron Krysztof, said, “It was awesome just to come out here and represent. I started playing with these guys (NFL all star teammates) when I first moved to the Island. I played at the Niagara Falls Boys and Girls Club, so it was cool to play with them again and not play against them.”

Of his time at GIHS, Sionko said he’d remember “The friendships and the brotherhood that will last forever.”

Smith, a Third Team All-NFL selection in his lone year as a Falcon, added how he enjoyed the game.

“It was fun. I like playing for my school and representing. My school showed me good support and I loved it,” Smith said.

Despite playing just one season with N-W as a transfer from Niagara Catholic, Smith said he’d remember “The family that we created. I loved every moment I played on the court with them and it was just fun.” 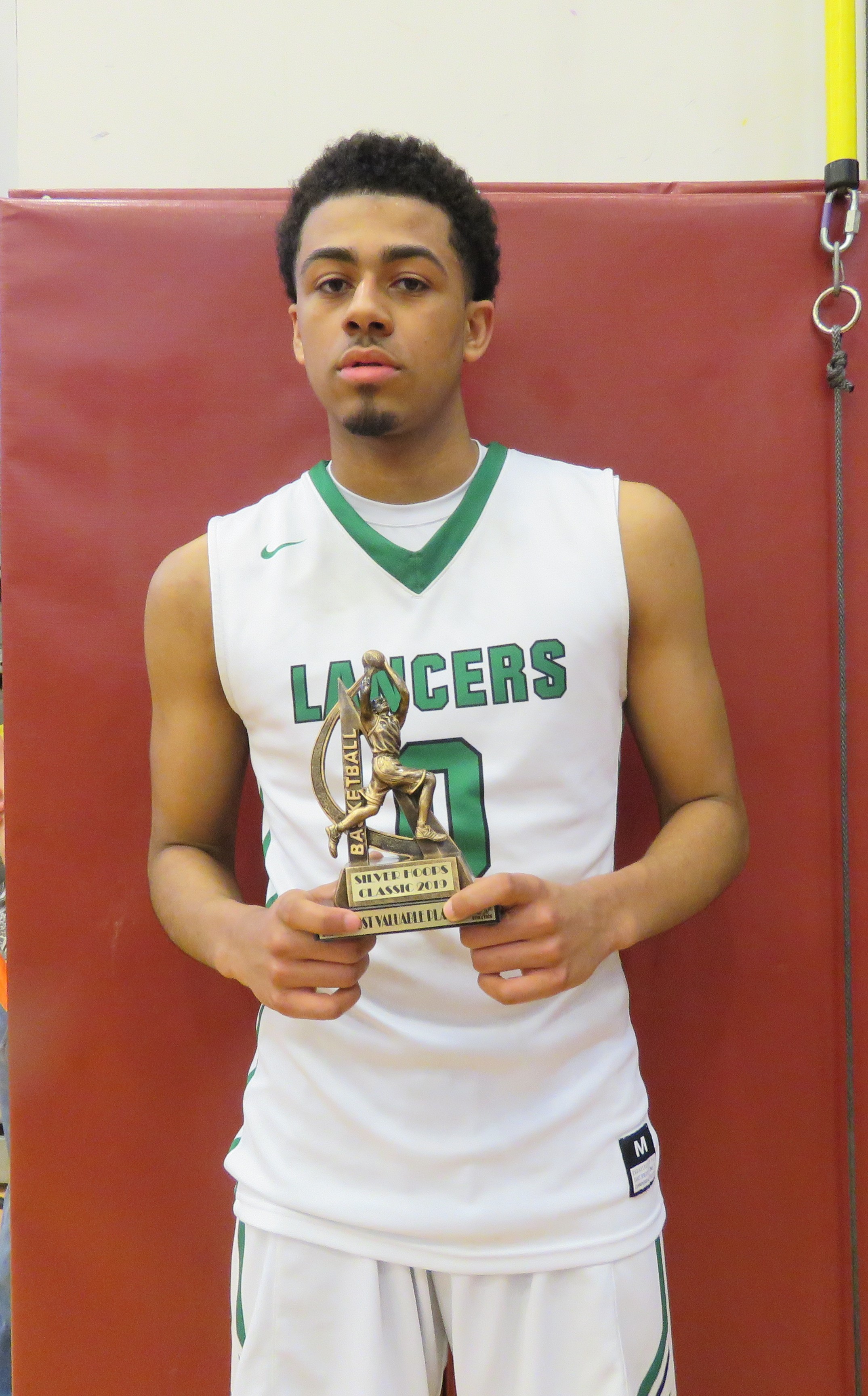 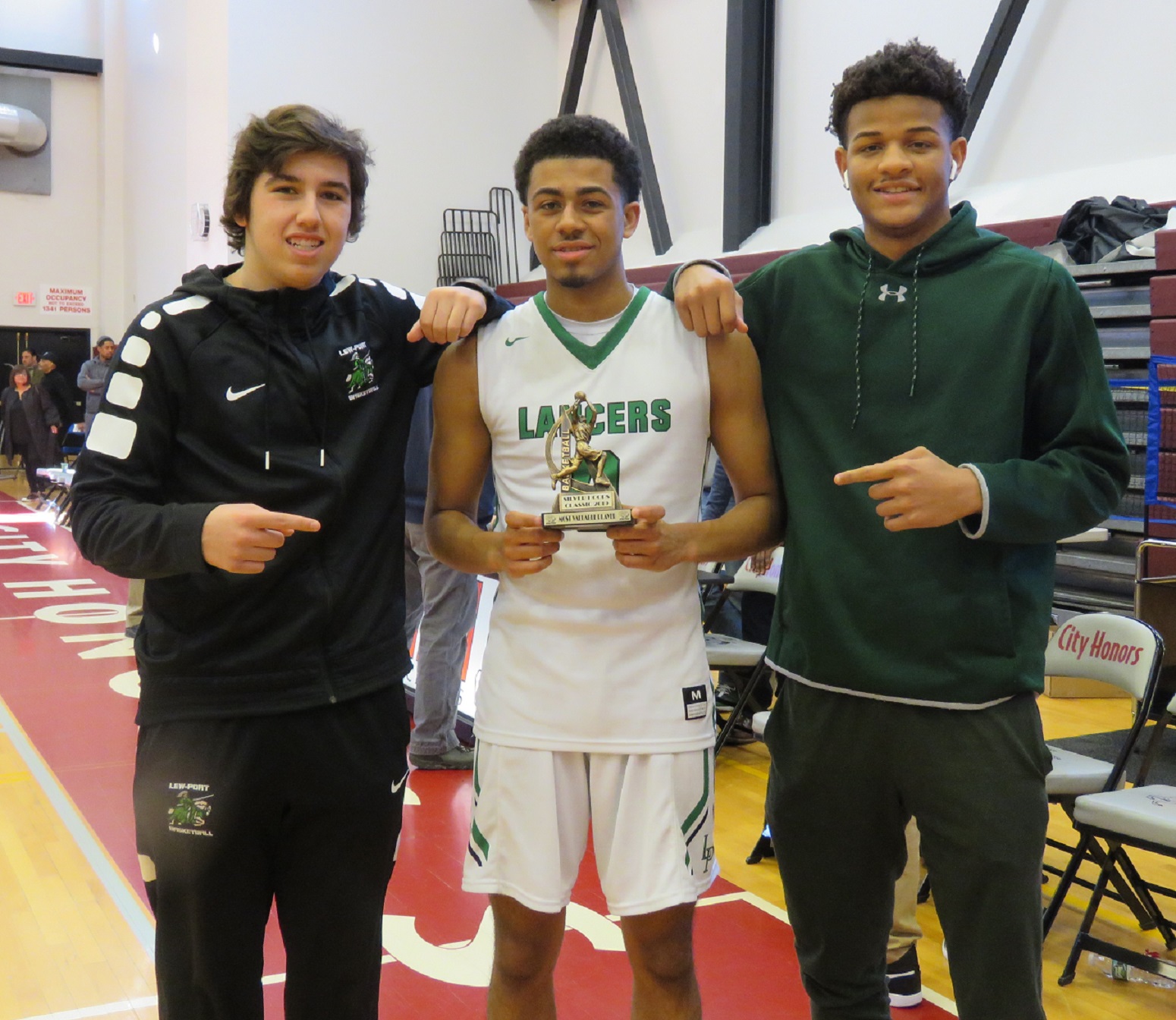