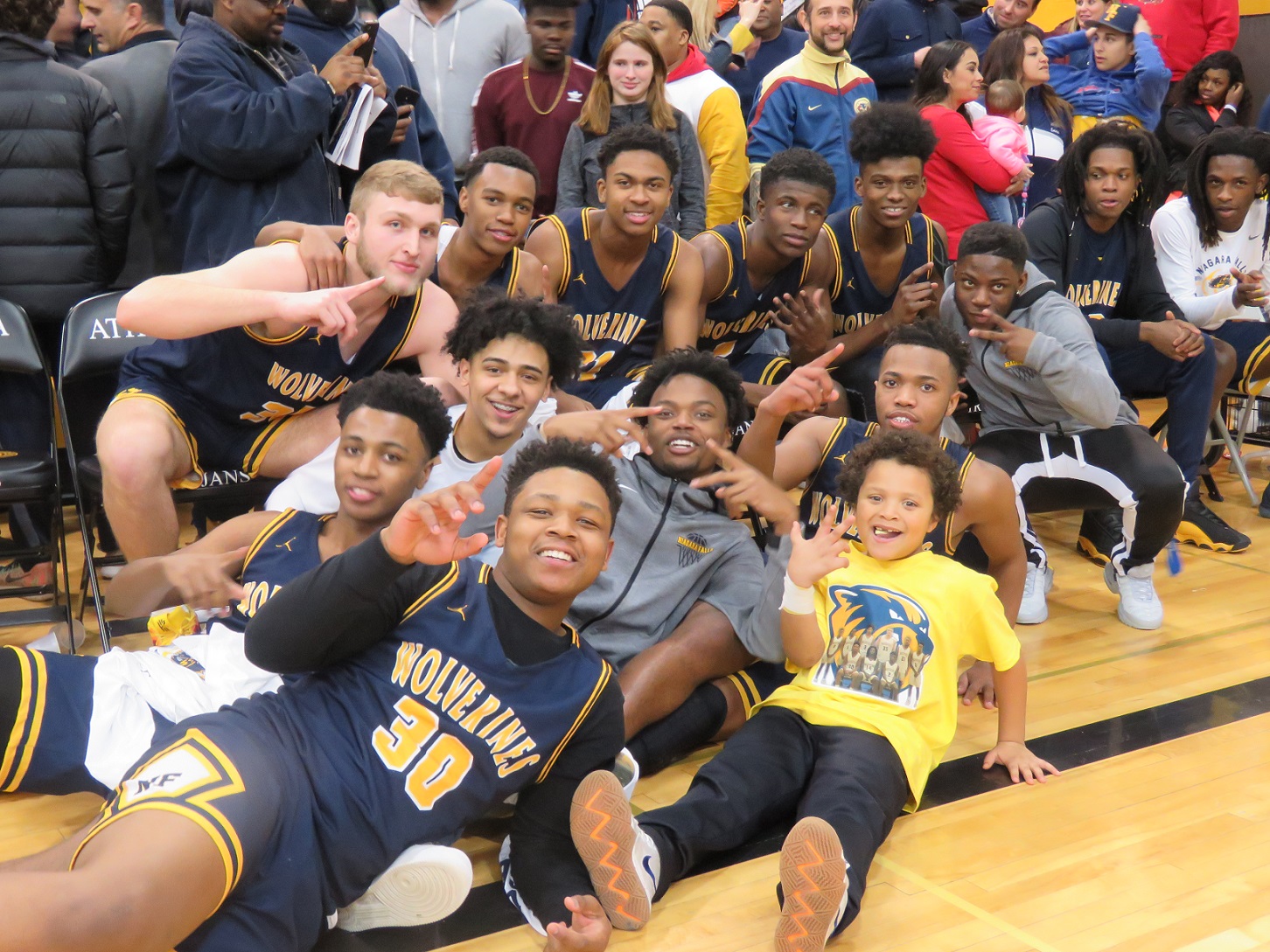 Niagara Falls Wolverines boys basketball head coach Sal Constantino has coached the historic program for nine years. One place he has not been in that time is the New York state finals tournament.

Saturday night, after a Far West Regional game against Section V’s McQuaid, Constantino can begin booking his first trip to the final four.

To get there, the Wolverines used another huge game from freshman Willie Lightfoot.

After going off for 39 points versus Williamsville North in the Section VI Class AA final to get to the Far West Regional, Lightfoot exploded for 32 Saturday night, including several big shots down the late stretch of the game.

The game was back and forth through out, as the lead swapped sides a plethora of times.

The first quarter was high octane and full of energy. Both teams brought along stellar fan bases, and with each squad trading buckets, the energy went from one team to another.

Lightfoot had 8 points in the first quarter, while a Josiah Harris 3-pointer tied the game at 18.

McQuaid added a bucket to close the quarter and led, 20-18.

In the second quarter, the lead went back-and-forth.

Harris' third trey of the game gave the Wolverines a 26-24 lead.

Down 34-32, near the end of the half, the Wolverines' Moran Montgomery added a bucket to tie it heading into the break.

To start the second half, the Knights came out with 4 straight points, but Naim Bradley's corner 3-pointer ended the bleeding. After another McQuaid 2-pointer, Harris nailed his fourth trey of the game to tie things at 40.

After two Montgomery free throws and a Knights bucket, a Jaemon "Mookie" Turner floater gave the Wolverines a 48-47 lead. Lightfoot followed that with a 3-ball.

In the fourth quarter, the Wolverines began to extend things and explode for a 33-point quarter.

Up 51-50, the Falls embarked on an 11-2 run, highlighted by 5 points from Lightfoot, 2 from Turner and 4 from the line by Jalen Bradberry.

McQuaid cut the game to six, but it's as close as the Knights would get.

Lightfoot added 5 straight points, then Turner added a tough layup while drawing a foul. Turner converted at the line to make it 70-61 with 2:33 left.

A little over half a minute later, Lightfoot netted a seemingly impossible reverse layup for an and one. He converted the free throw, and NF led,73-63.

Falls would add 9 more points from the line and a layup from Bradberry, and that was a wrap.

Along with Lightfoot, Bradberry added 16, while Turner, Harris and Montgomery had 14,13 and 6 points, respectively.

Following the game, Constantino admitted he was happy to reach his first state final four as a head coach.

"The monkey is off my back," Constantino said. "I'm the only guy that's lost this game four times or three times in-a-row. These kids here, (that) had nothing to with them. I'm really proud of them."

Lightfoot was also excited for Constantino and said, "It feels good. Sal is my guy, so words can't explain how happy I am right now. It's really emotional and … I'm really happy to get him one."

Of his second-straight big second half, Lightfoot said his internal switched flipped, once again, and credited his Kobe Bryant shoes. Wearing the "Kobe's" in the second half versus North, he scored 32 points. Versus McQuaid he had 22 in the second half.

Constantino had nothing but praise for Lightfoot following his second straight 30-plus-point performance.

"He's just letting the game come to him a little bit. And, again, he's got some great parts around him. Josiah makes some big shots, Jalen was great from the line tonight. We tell him to be our catalyst. … Tonight he led us," Constantino said.

He added that watching Willie go to work never gets old, and his heart was still pumping following the performance and every time the freshman touches the ball.

Fourteen points for Turner comes off a 16-point performance versus Will North last Saturday. Constantino called him a "quiet assassin."

Additionally, for the Wolverines, the win is revenge for an early season loss to McQuaid and a defeat in last year’s Far West Regional game.

Next up for the Wolverines is West Genesee in the New York State Public High School Athletic Association semifinals.

The matchup, which stands in the way of a possible finals appearance, begins at 5 p.m. Friday at Floyd L. Maines Arena in Binghamton. 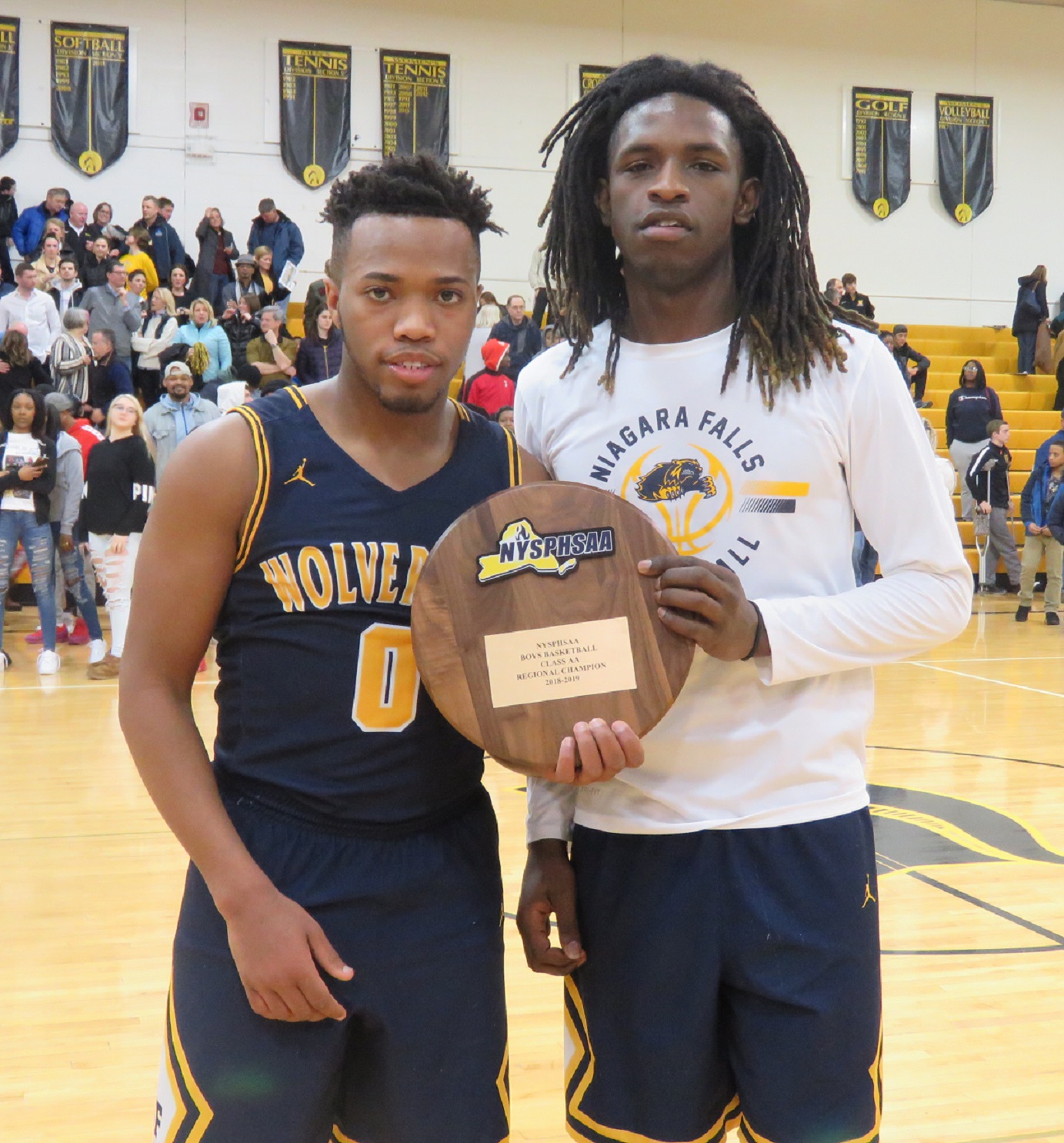