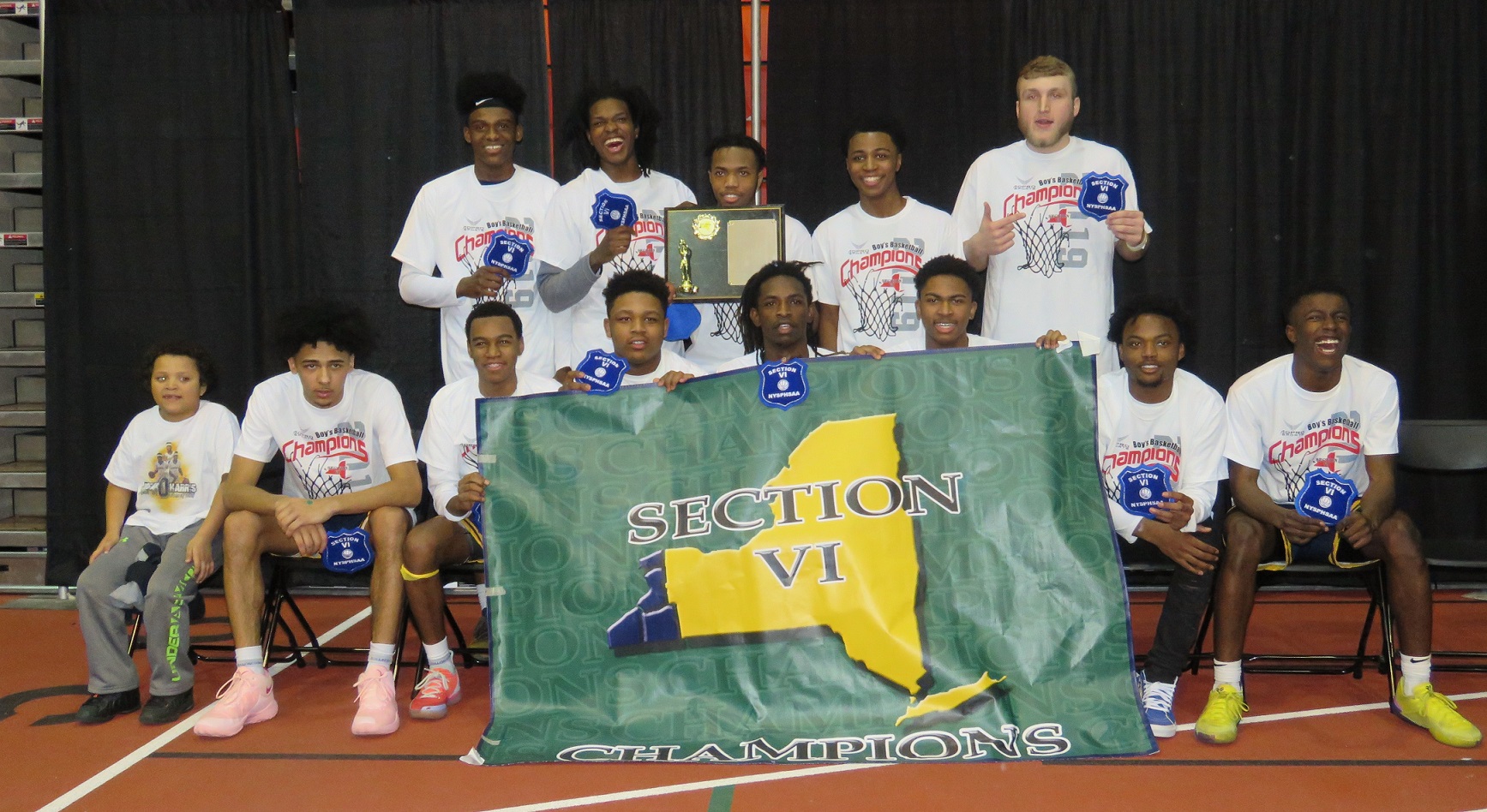 Saturday afternoon, there were times where it looked like the goliath Niagara Falls High School basketball team would fall to the Williamsville North Spartans in the Section VI Class AA title game.

Vying for a fourth-straight title and 13th since 2000, the Wolverines received the boost they needed from a freshman: Willie Lightfoot.

Lightfoot was the guy for NF, as his game-high 39 points led the Wolverines past the Spartans, 72-64, in overtime.

In the first half, after the Falls got off to a 5-0 lead behind a Lightfoot 3-pointer and two Moran Montgomery free throws, the Spartans began to gain momentum.

In the second quarter, a Josiah Harris jumper cut the Spartans lead to two, 24-22.

Once again, the Spartans had an answer, as the team went on a 10-2 run to end the second frame.

Jacob Belote nailed a jumper, then with 2.7 seconds left, the Wolverines turned the ball over, which led to an elbow jumper by Scott Hopkins. The run gave North a 34-24 lead at halftime.

In the second half, a switch flipped inside Lightfoot and the freshman couldn’t miss.

Lightfoot’s 12 third quarter points cut the North lead in half, 47-42.

In the final quarter, the Spartans extended the lead back to 10 points, and with sharpshooters Jalen Bradberry and Harris struggling, the team seemed as if it could be doomed.

But, that wasn’t the case.

With the score 57-50, Lightfoot began a streak of 20-straight points to guide a Wolverines comeback.

After a Falls turnover and layup with 44.5 left, Lightfoot nailed a trey to make it 61-60, North.

The Wolverines fouled, and Belote went 2/2 from the free throw line.

With 8.2 seconds left, Lightfoot dribbled down the court, pulled up behind the 3-point line with two guys covering him and nailed it to send the crowd into a frenzy and the game into overtime.

The shot left the Spartans stunned.

In overtime, Lightfoot gave the Wolverines its first lead since the score was 8-6 with his sixth 3-pointer.

Lightfoot would add two more layups to finish out his 39 points, and Bradberry nailed two free throws to clinch the Wolverines the Class AA crown, 72-64.

Lightfoot of his big second half flip-of-the-switch said, “I didn’t wanna lose. I don’t like losing. I’m a winner, so that’s what it was.”

Lightfoot said he knew he’d get double covered on the last shot in regulation, but said the hoop was looking huge for him all second half.

Niagara Falls coach Sal Constantino has been around to see the likes of Jonny Flynn and Paul Harris, but he said of Lightfoot’s performance, it was truly something incredible.

“That was special,” Constantino said. “That was special to be a part of and he really took over the game at a certain point. It’s really one of those situations - even in timeouts and in huddles - guys were trying to get to where we could get Willie the ball. It’s the nature of this team. They’re so unselfish with each other.”

Down 10 at halftime, Constantino said that good teams don’t always play ahead, and sometimes you have to learn to come from behind and those games only help your team figure out its character.

The team has won four straight Class AA crowns. The last team to “four-peat” in Class AA was also NF from 2003-07. Constantino said, “It was really an exciting game to be a part of. I really feel for the Will North guys, because they put out a great effort. As far as the four in a row, I remember the relationships. I remember the kids that we’ve had. It was nice we were taking the pictures and seeing ex players there supporting. … I like to think that’s what the program is built on. … At the end of the day, having that family atmosphere is big for us.”

The Falls now heads to the Far West Regional game to play the winner of UPrep and McQuaid. Constantino said he planned on watching the streaming of the game online to see who his team faces next. 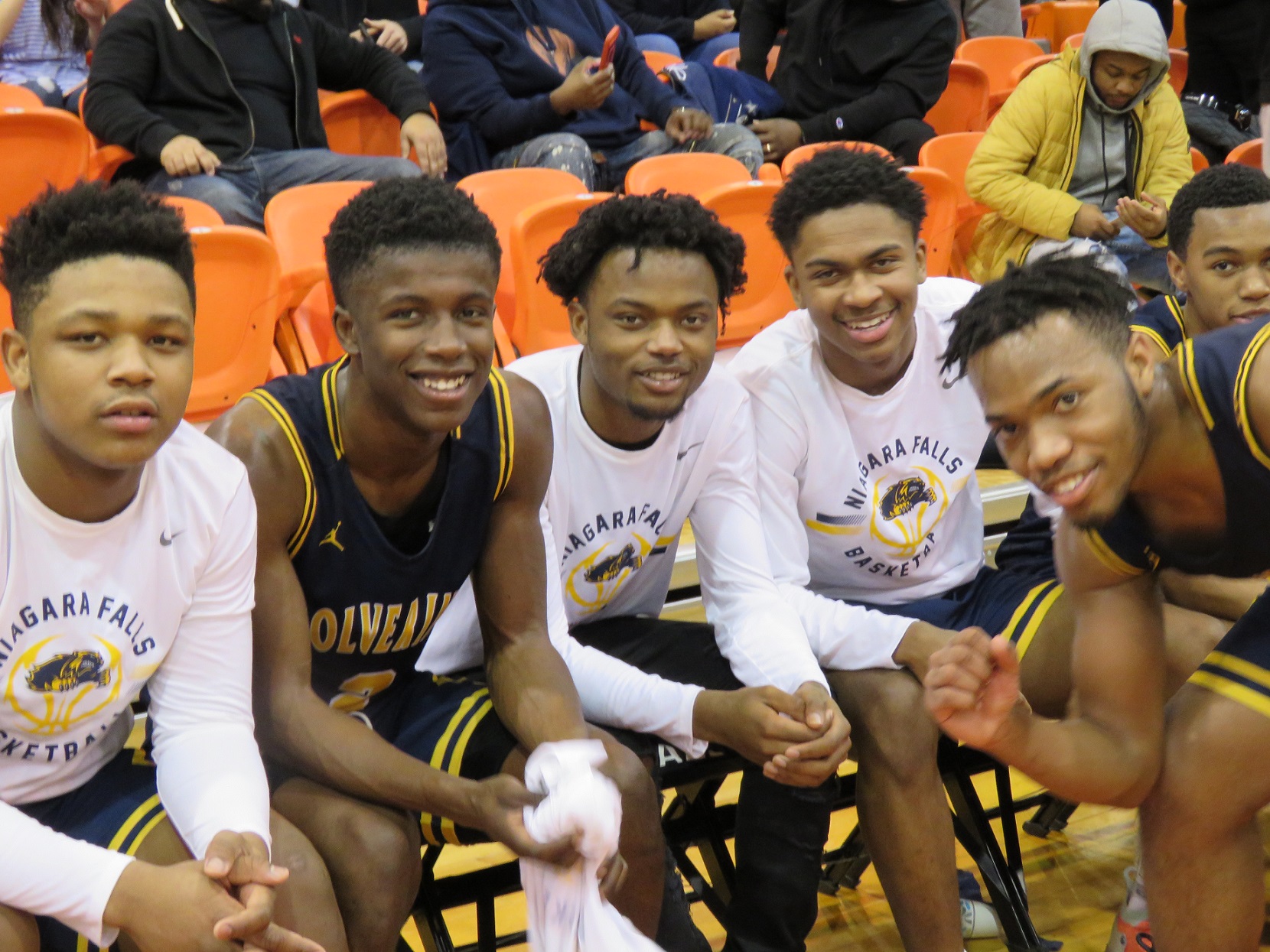