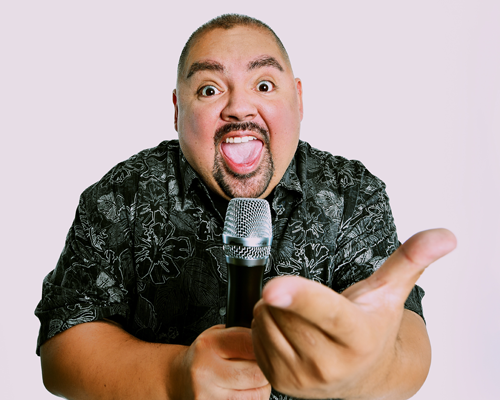 Gabriel "Fluffy" Iglesias, one of America's most successful stand-up comedians, will bring his “Beyond The Fluffy World Tour” to the 180th Erie County Fair’s Gusto Grandstand at 8 p.m. Saturday, Aug. 10. General admission tickets are $28, with reserved seats $55 and $40.

Performing to sold-out venues around the world, Iglesias was recently featured in The Hollywood Reporter's Top 40 Comedy Players of 2018 issue alongside comedy giants Jerry Seinfeld, Chris Rock and Lorne Michaels. The California native honed his comedic skills in biker bars and dives before becoming one of the most popular comics in the U.S. Unlike many in the stand-up world, Iglesias' globally appealing comedy stays mostly clean, while his noncontroversial material appeals to audiences of all ages and walks of life. His stand-up comedy is a mixture of storytelling, parodies, characters and sound effects that bring his personal experiences to life. Iglesias is also one of the most watched comedians on YouTube, with more than 380,000,000 views. He also has over 14 million followers across social media.

Tickets will go on sale to the general public at 10 a.m. Thursday, March 7, at www.Tickets.com, by phone at 1-888-223-6000, or in person at the Fairgrounds main office from 9 a.m. to 4 p.m. weekdays. Tickets purchased prior to the day of the show include admission to the Erie County Fair on the day of the performance.