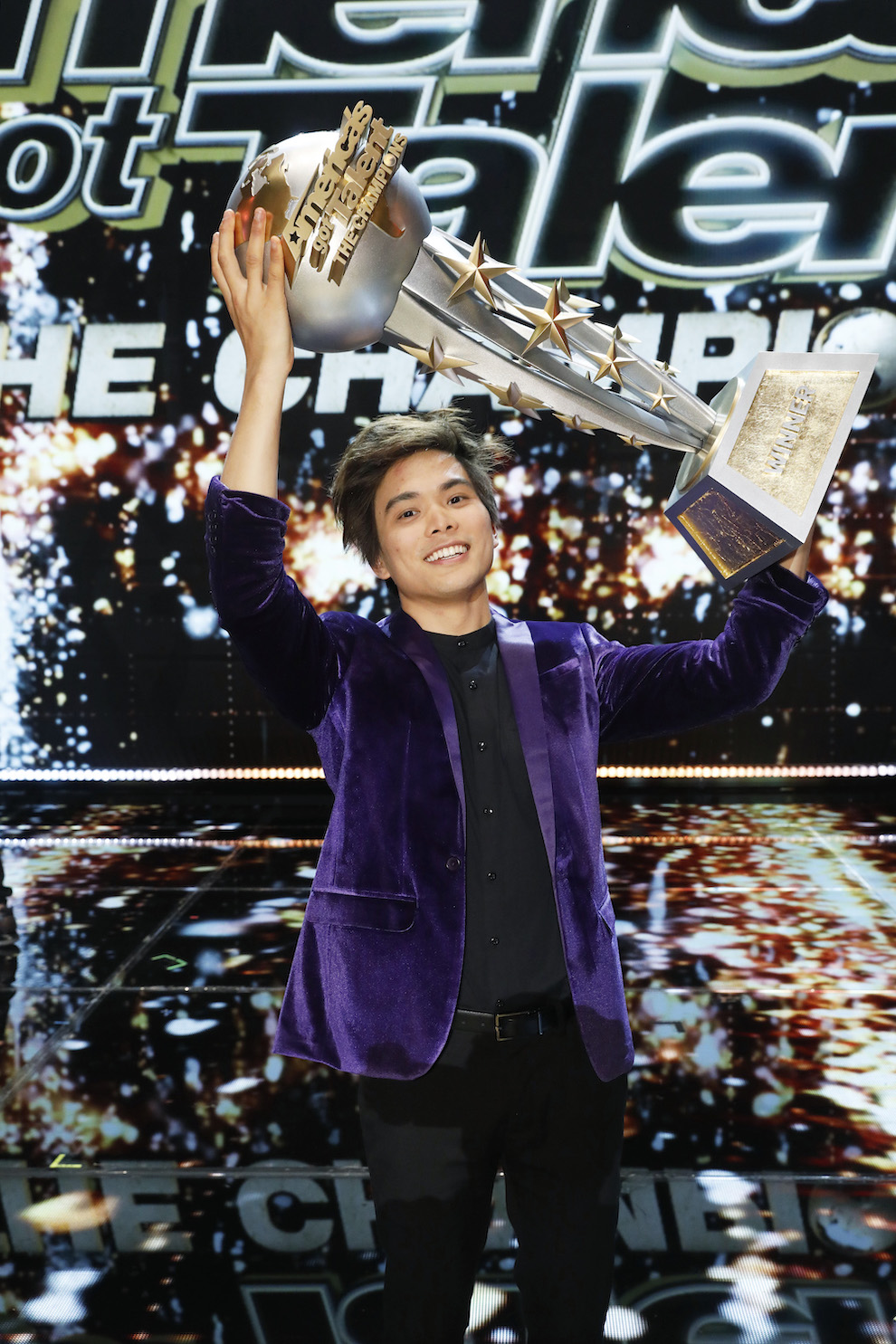 Shin Lim was crowned champion of "America's Got Talent: The Champions." (NBC photo by Trae Patton)

The elite group of superfans representing all 50 states have voted and magician Shin Lim was crowned the first-ever winner of “America’s Got Talent: The Champions” on Monday.

Lim returned to the “AGT” stage to once again mesmerize audiences with his close-up magic performances that defied logic. Combining dexterity, precision and grace, Lim performed carefully choreographed routines. His hands moved so masterfully that audiences were amazed as cards disappeared, reappeared and metamorphosed right before their eyes. As he commanded the “AGT Champion’s” stage, it was apparent Shin’s act has continued to evolve and become even more mind-blowing since he won season 13 of “America’s Got Talent.”

Finishing in second place was ventriloquist Darci Lynne Farmer. Since winning season 12 of “America’s Got Talent,” Farmer has been touring the country with her “Darci Lynne and Friends” show, and also hosted her own holiday special on NBC, “Darci Lynne: My Hometown Christmas.”

Seen for the first time in America was Ukrainian sand artist Kseniya Simonova, who finished third. Simonova, who won “Ukraine’s Got Talent” in 2009, had never been to the U.S. and marveled viewers as she told beautiful stories using nothing but sand.

“America’s Got Talent: The Champions” brought together the world’s most talented, memorable and all-around fan favorite acts from past seasons of “AGT” and around the globe from the other “Got Talent” franchises” (spanning 194 territories). These all-star acts, which included former winners and finalists, took the stage to compete in the first-ever global competition of its kind with the hopes of claiming the ultimate title of world champion.

“America’s Got Talent: The Champions” has been Monday’s No. 1 most-watched broadcast program with each of its six original telecasts to date and has led NBC to the nightlong total-viewer win among the broadcast networks on each of those nights.

“America’s Got Talent: The Champions” has generated a 2.3 rating in adults 18-49 and 12.3 million viewers overall in “live plus seven day” Nielsens, making it the season’s No. 1 alternative series.

The show also finished out the season as the No. 1 most social reality series of the year to date, garnering nearly 400 million video views, along with more than 13 million social interactions across Facebook, Twitter and Instagram. In addition, host Terry Crews rocketed to the No. 1 most engaging social media talent across all primetime broadcast series during his run on the show.

The “Got Talent” format has had more than 900 million global viewers since it began airing in 2006, and has aired in 194 markets worldwide. “Got Talent” holds the Guinness World Records title as the Most Successful Reality Television Format in history, with 70 local versions produced across Europe, Asia Pacific, the Middle-East, Africa and the Americas.

Auditions for the upcoming season of “America’s Got Talent” are still underway. Interested acts can submit an online audition at AGTauditions.com up until midnight EST on Monday, March 4.