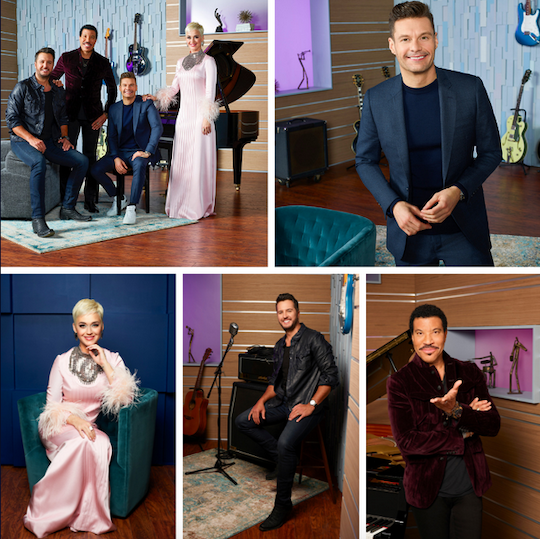 "American Idol” is returning to The ABC Television Network for an all-new season on Sunday, March 3. The series made its return to the airwaves as the No. 1 reality show launch for its inaugural season on the network during the 2017-18 season.

In the second season premiere episode, viewers will embark on a nationwide journey starting with the shows’ famed judge auditions in Louisville; Coeur d’Alene, Idaho; Los Angeles; New York City; and Denver. Aspiring singers will see if they have what it takes to earn a coveted “golden ticket” to Hollywood.

Last summer, the “American Idol” bus visited 24 cities across the nation in search of a superstar. As previously announced, viewers at home will be able to follow the inspiring journey starting Sunday, March 3 (8-10:01 p.m. EST), on The ABC Television Network, when the first crop of “Idol” hopefuls audition for their shot at a ticket to Hollywood. The cross-country audition tour will move forward with an all-new episode on Wednesday, March 6 (8-10 p.m.), rounding out a talent-filled premiere week. New episodes will continue on Sunday, starting March 10 (8-10:01 p.m.), and adds Mondays for five consecutive weeks, starting March 18 (8-10 p.m.).

ABC revealed a special look at the “American Idol” judges’ first-ever trip to Idaho in search of a star: https://youtu.be/chYunONxnw