On Wednesday, several Niagara-Wheatfield athletes signed their letters of intent to extend their sports careers into college.

The signing was the first of two that the school will host. The next will take place in May.

•Mackenzie Quider, who will play softball at Edinboro University. Quider, as a junior, was a First Team All-NFL and All-WNY selection for the Falcons, who reached the Class AA Section VI finals in 2018. Quider spent time at third base and pitcher and was also the team’s No. 4 hitter. Quider batted .404 with four home runs, six doubles and 27 RBIs and in the circle she went 10-3 with 40 strikeouts and a 1.86 ERA. 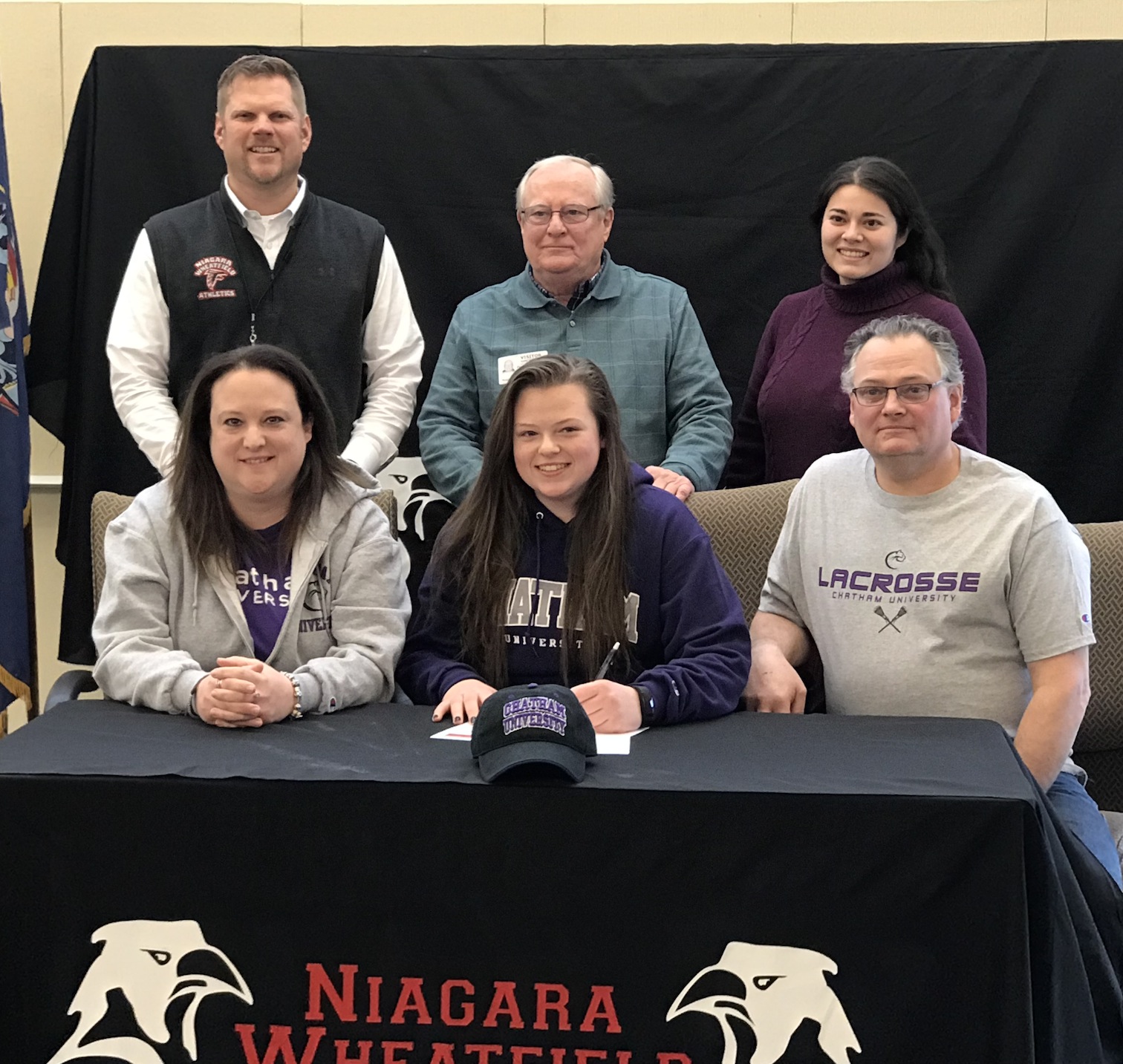 •Selena Justus, who will play Division III lacrosse at Chatham University. Justus is heading into her third year of varsity lacrosse. Last season, she scored 22 goals and chipped in 15 assists for the Falcons. 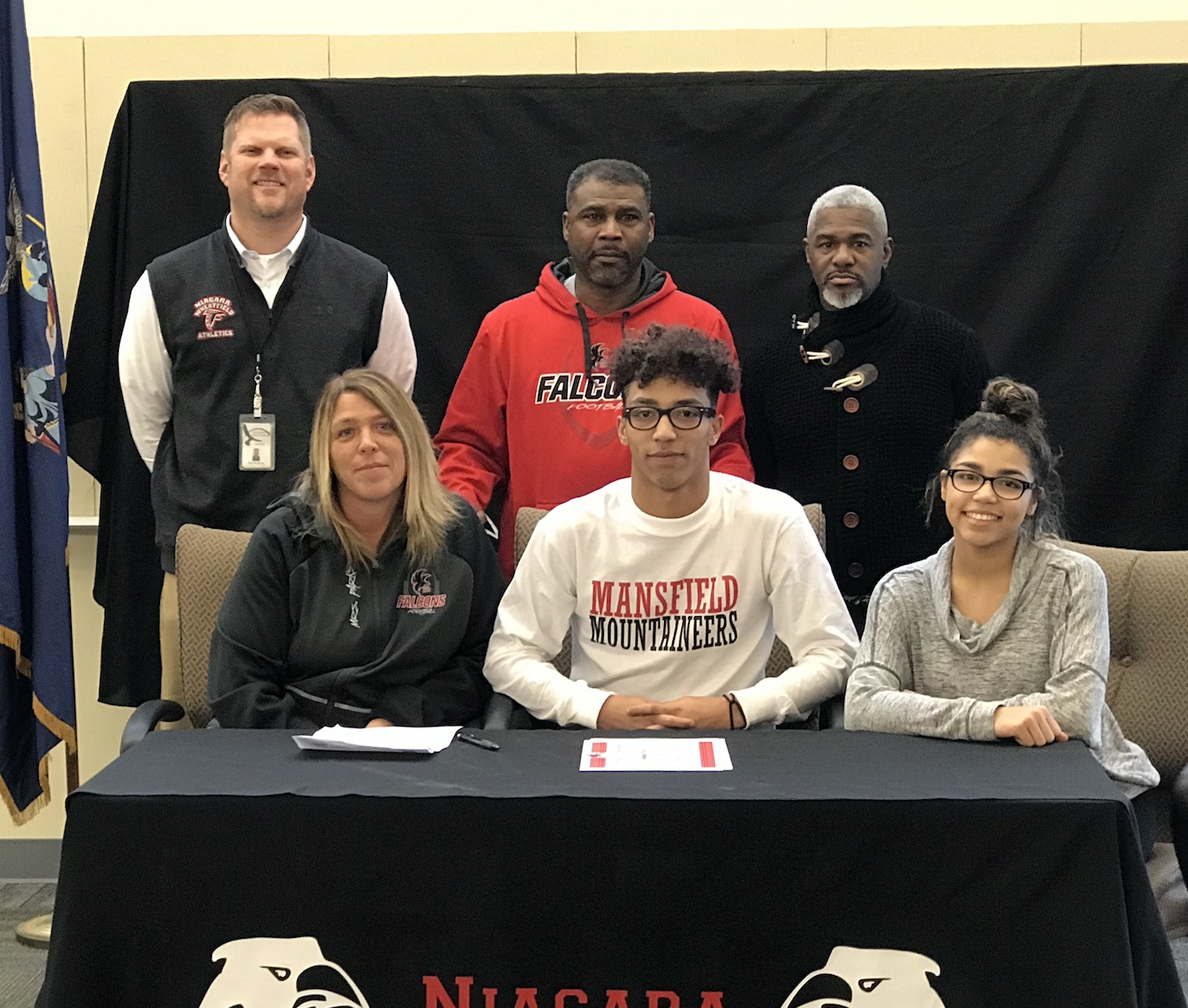 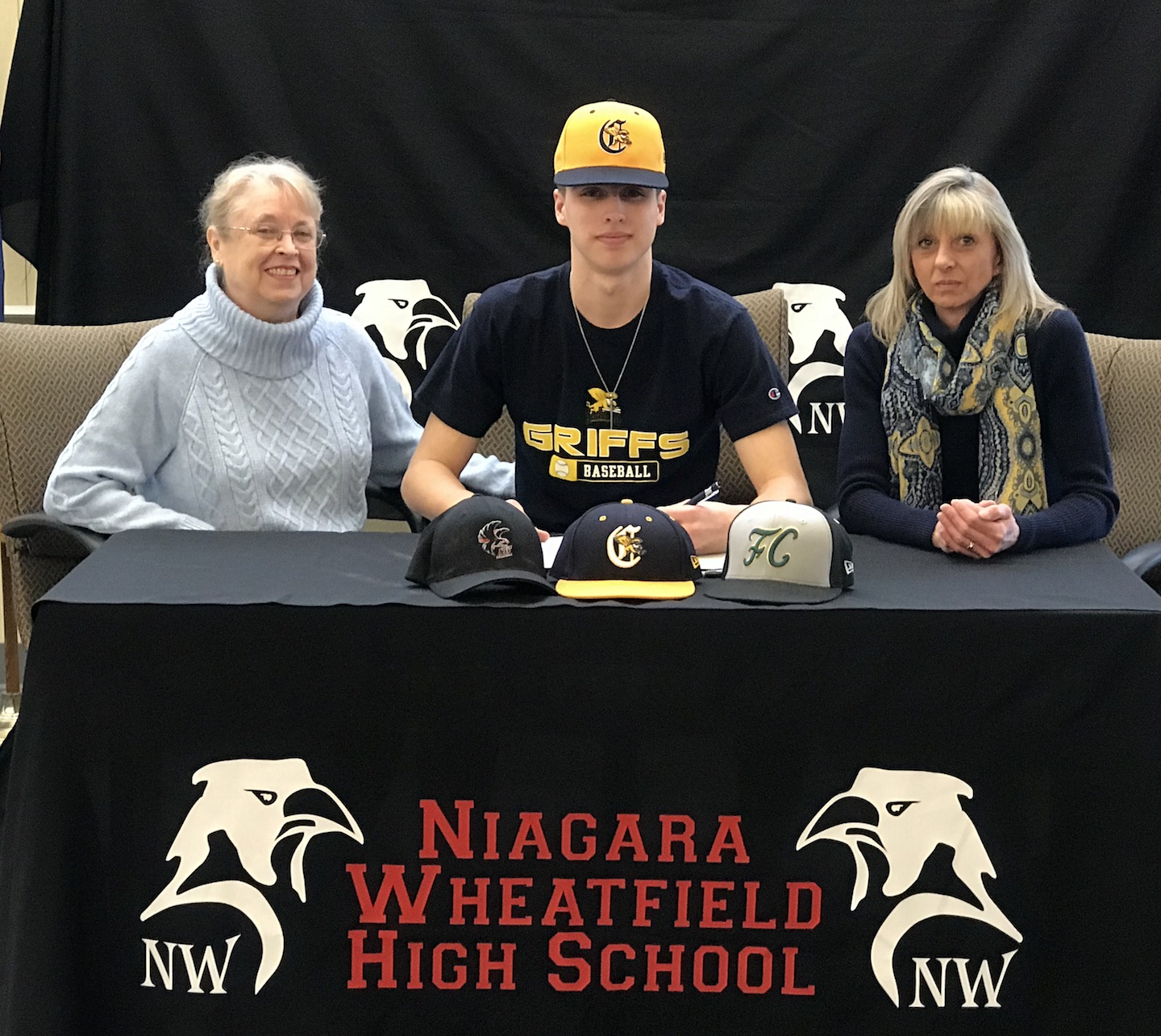 •Thomas Peltier signed his NLI to play Division I baseball at Canisius College. The southpaw was a First Team All-NFL pitcher and went 4-1 with 39 strikeouts in 31 innings as a junior. 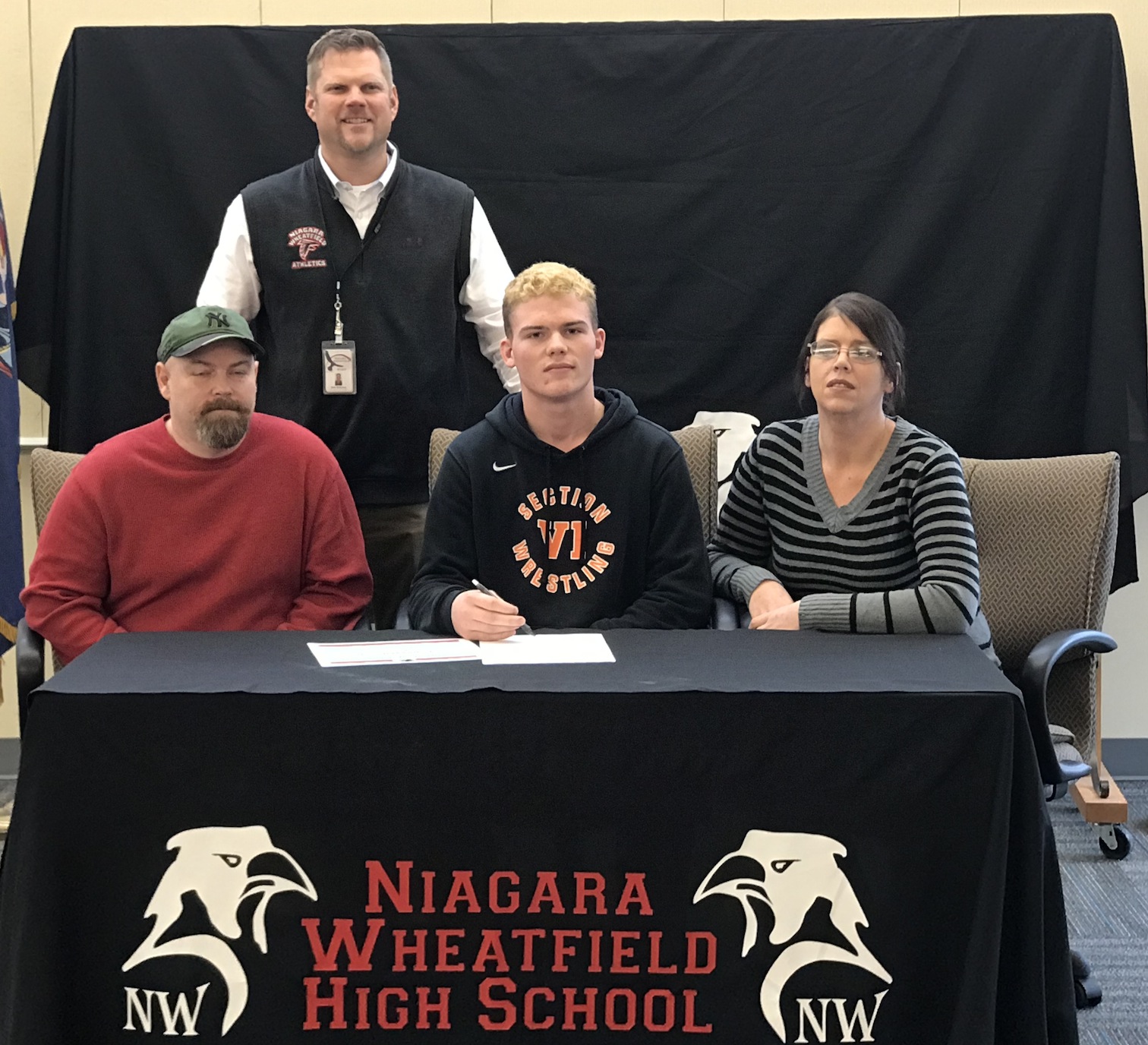 •Josh Thibeault signed to continue wrestling at Sacred Heart University. As a wrestler at N-W, Thibeault has won a Section VI title – with hopes for a second on Saturday; was first-place for his class at the Section VI State Qualifier last season, first-place at the 39th Niagara Frontier Wrestling Officials Classic and first at the 33rd STWOA Holiday Classic. 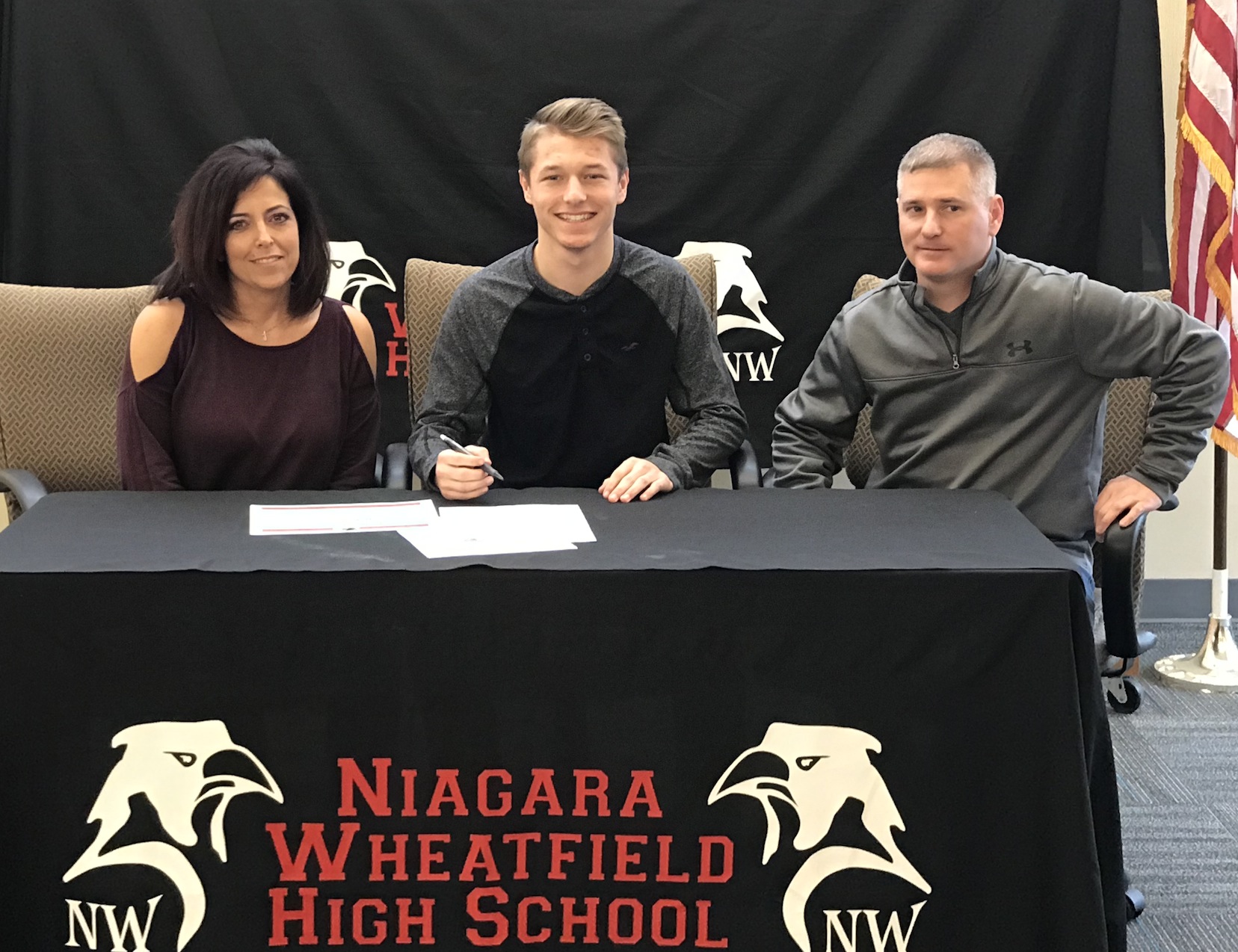 •Nick Stott will continue his football career at Buffalo State. As a senior running back, Stott was a Second Team All-Class A honoree and rushed 101 times for 621 yards and seven touchdowns. Additionally, he caught seven passes for 64 yards. 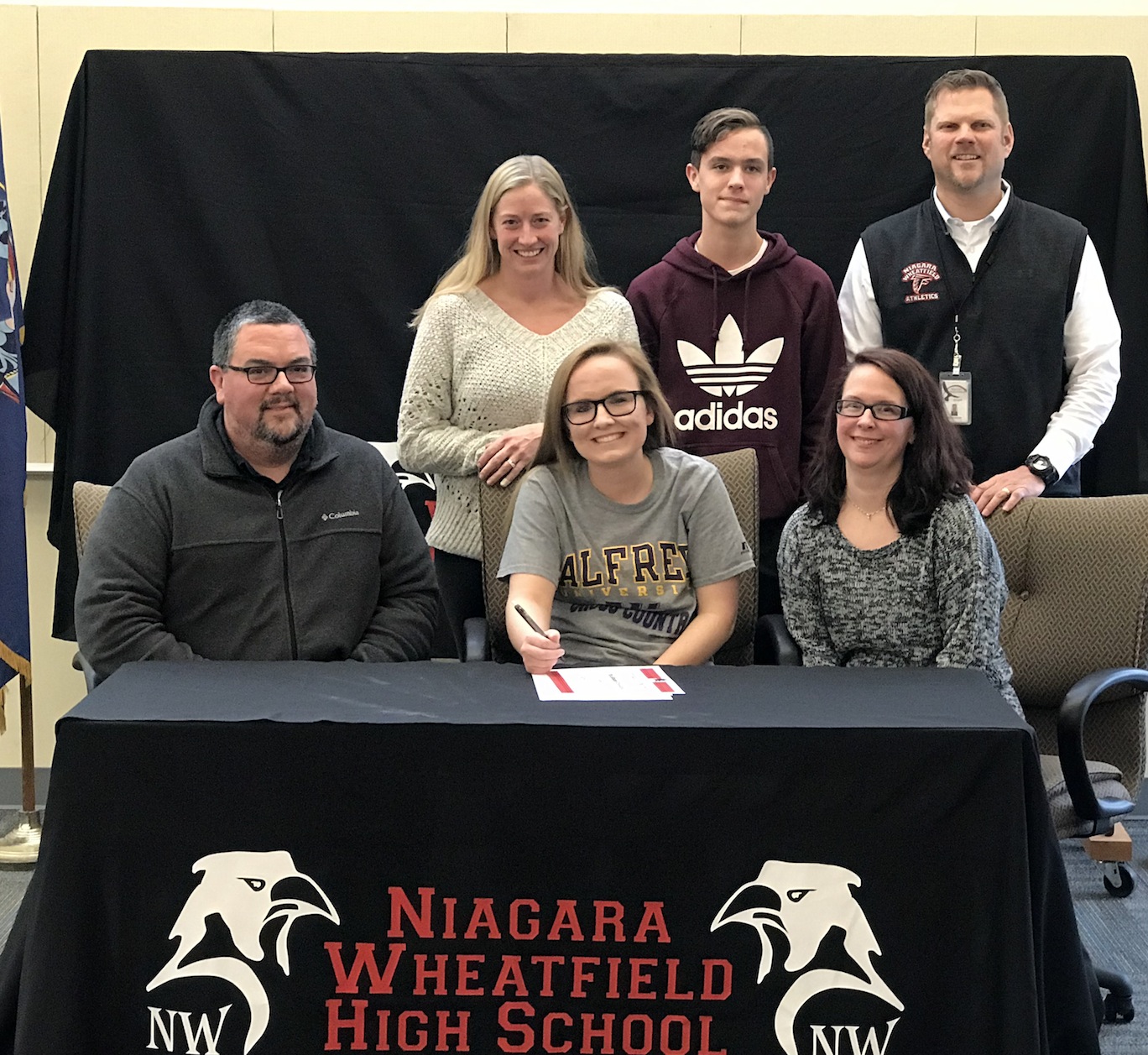 •Mackenzie Grosskopf will continue her cross country and track career at Alfred University. Grosskopf, as a member of the Falcons runners, was captain of the  cross-country team this past fall. She was also nominated as the PAL Comeback Athlete of the Year, as she returned from a major injury to        compete this season.