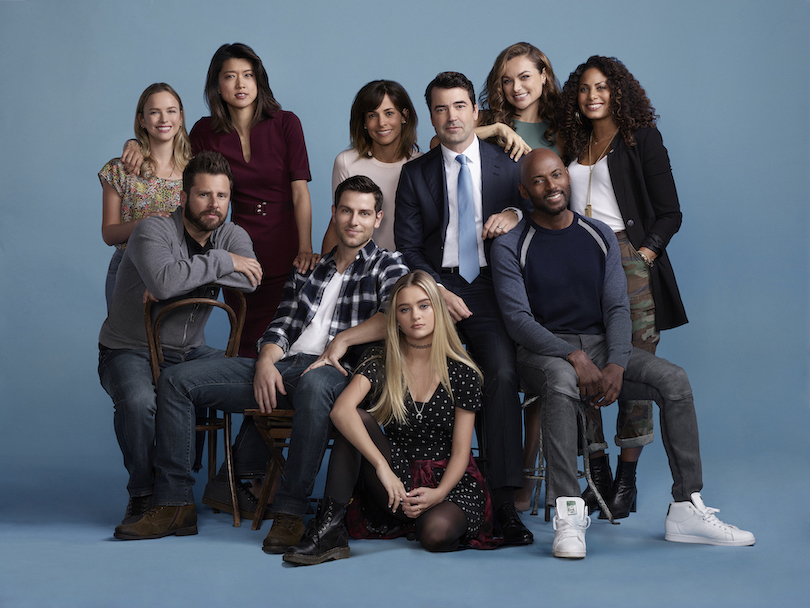 ABC announced Tuesday it renewed the hit drama “The Good Doctor” for a third season, “A Million Little Things” for a second season and “Shark Tank” for an 11th season.

The doctors at San Jose St. Bonaventure Hospital will be back with new episodes of the successful drama, produced by Sony Pictures Television and ABC Studios. The series airs Mondays at 10 p.m. ET on The ABC Television Network, streaming and on demand.

They say friendship isn’t one big thing, it’s a million little things; and that’s true for a group of friends from Boston who bonded under unexpected circumstances. Some have achieved success, others are struggling in their careers and relationships, but all of them feel stuck in life. After one of them dies unexpectedly, it’s just the wake-up call the others need to finally start living. Along the way, they discover that friends may be the one thing to save them from themselves.

The recipient of the 2017, 2016, 2015 and 2014 Emmy Award for Outstanding Structured Reality Program, “Shark Tank” features “The Sharks” – tough, self-made, multimillionaire and billionaire tycoons – as they invest in America’s best businesses and products. “The Sharks” will give people from all walks of life the chance to chase the American dream and potentially secure business deals that could make them millionaires.

It’s The Beginning of The End of The ‘Modern’ Era

Currently in its 10th season, ABC announced it picked up the Emmy Award-winning series “Modern Family” for an 11th and final season. This large and blended family will continue to delight audiences for the 2019-20 fall schedule with its honest and often hilarious look into the warm and sometimes twisted embrace of the modern family.

Produced by Twentieth Century Fox Television in association with Steven Levitan Productions and Picador Productions, the series airs Wednesdays at 9 p.m. on The ABC Television Network, streaming and on demand.

“Chris and Steve have created one of the most seminal and iconic comedies in television history,” said Karey Burke, president, ABC Entertainment. “In its final season, there will be more milestone events that anyone who has been a fan of the series won’t want to miss.”

“For 10 years, our characters have bravely faced turning points in life and moved through them to great personal enrichment; we have chosen a different path by doing one more season of ‘Modern Family,’ ” said co-creator and executive producer Christopher Lloyd.

“Modern Family” ranks No. 1 in Wednesday’s 9 p.m. half-hour among adults 18-49 (2.1/9) and places among TV’s top five comedies this season (No. 4). A five-time Emmy winner for Outstanding Comedy Series, “Modern Family” remains one of the most heavily awarded comedy series on television, including a Golden Globe win, four SAG Award wins for Outstanding Performance by an Ensemble in a Comedy Series, a Peabody Award, two GLAAD Media Awards, two NAACP Image Awards, six WGA awards, four PGA awards, a Television Critics award along with dozens of individual wins by the show’s award-winning cast.