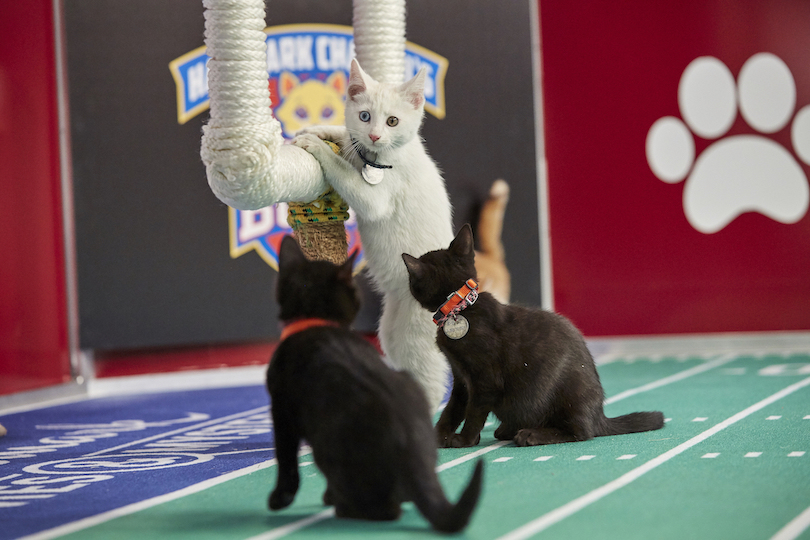 Part of Hallmark Channel’s ‘Adoption Ever After’ shelter pet initiative

Hallmark Channel hosts the nation’s most beloved rescue pet adoption event of the year when “Kitten Bowl VI” premieres exclusively on, Sunday, Feb. 3 (2 p.m. ET/PT). “Kitten Bowl” returns after a successful run at Super Bowl Live in Minneapolis in 2018 and will feature kittens rescued from across the country, all of whom will be vying for the National Championship of Feline Football trophy.

During “Kitten Bowl” weekend, shelter partners of North Shore Animal League America show clips from the show while showcasing beautiful animals from local areas in need of loving, forever homes. Many shelters will give away Hallmark Channel’s coveted “Kitten Bowl” trading card packs, and the five shelters who adopt the most animals during the adoption event will receive cash grants.

TV personality, author and animal advocate Beth Stern returns as host for this year’s event from Hallmark Channel Stadium. On the day of the big game, she will be joined by Dean Cain and former NFL player Rodney Peete for all the play-by-play action, along with commentary by former NFL running back Rashad Jennings and four-time Pro Bowl quarterback Boomer Esiason.

“Kitten Bowl” is part of Hallmark Channel’s evergreen pet initiative, “Adoption Ever After,” which highlights the plight of homeless animals and the joys rescued and adopted pets bring into one’s life.