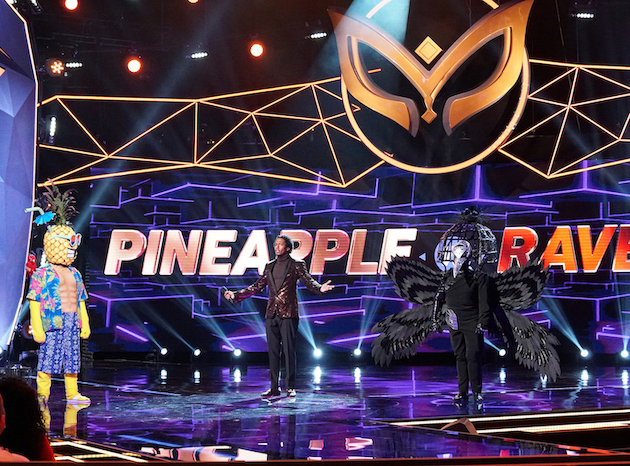 Highest-rated unscripted debut on any network in more than 7 years, with more than 17 million multiplatform viewers to date

FOX is renewing the new celebrity competition series “The Masked Singer,” this season’s No. 1 new series and No. 1 unscripted show, which captivated a massive audience of more than 17 million multiplatform viewers for its debut episode.

Based on an international hit, “The Masked Singer” features celebrities facing off against one another with one major twist: Each singer is shrouded from head to toe in an elaborate costume, complete with full face mask to conceal his or her identity. Ken Jeong, Jenny McCarthy, Nicole Scherzinger and Robin Thicke serve on the panel, playing detective alongside series host Nick Cannon.

“The response to ‘The Masked Singer’ has been fantastic and we are thrilled to bring it back for another season,” said Rob Wade, president, alternative entertainment and specials, Fox Broadcasting Company. “I am so happy to see a singing Peacock burst into pop culture! ‘The Masked Singer’ is unique, bold, original and embraces the DNA of all the best FOX unscripted shows. We look forward to season two being even more fun, weird and wonderful than the first.”

The series premiere of “The Masked Singer” marked television’s greatest live + 7 day gain from live + same day among unscripted debuts ever in both adults 18-49 (4.2/17 L7, up 1.2 from L+SD) and total viewers (13.0 L7 million, up 3.6 million vs. L+SD). It is the highest-rated unscripted debut on any network in more than seven years (excluding post-NFL telecasts), this season’s No. 1 (tie) debut on any network and the No. 1 reality telecast of the past two seasons, topping “The Voice,” “American Idol” and “America’s Got Talent.”

“The Masked Singer’s” premiere has delivered 17.6 million multiplatform viewers to date, FOX’s most-watched unscripted debut in 11 years, while its 3.6 million viewers across Hulu and FOX NOW mark the network’s most-streamed episode ever.

In tonight’s all-new episode, “Mix and Masks,” airing 9 p.m. ET/PT on FOX, the competition shuffles as Rabbit, Unicorn, Alien and Lion hit the stage to perform again with all-new clues. A special two-hour finale of “The Masked Singer” airs Wednesday, Feb. 27 at 8 p.m.

Between all of the celebrity competitors on the show, they've amassed 65 Grammy nominations, 16 multi-Platinum albums, 16 Emmy nominations, nine Broadway shows, four stars on the Hollywood Walk of Fame and four Super Bowl titles. With each performance, the host, panelists, audience, viewers and even the other contestants are left guessing who is singing behind the mask. The singers may attempt to throw the crowd off of their scent, while keen observers might pick up on tiny hints buried throughout the show. One singer will be eliminated each week, ultimately revealing his or her true identity.