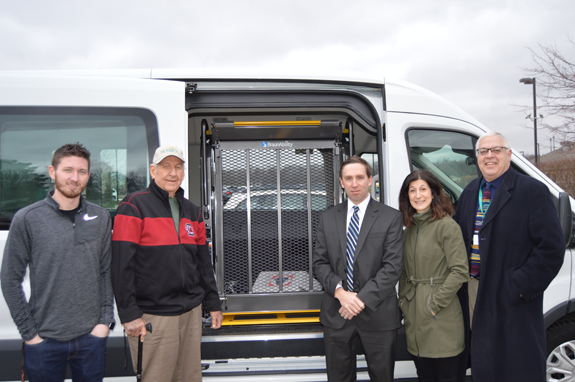 Niagara Hospice unveiled its new ambulette on Friday, ensuring quality transportation for patients will continue for many years, thanks to the donation of more than $34,000 raised by the 19th annual Jack Beatty Memorial Hospice Cruise & Clambake on July 13.

The new ambulette, a 2018 Ford XL Wagon that was customized by MobilityWorks in Amherst, features a wheelchair platform lift and securement system with retractable seatbelts. It can also accommodate a stretcher. The vehicle will be used to bring patients to and from area hospitals, patients’ homes and Niagara Hospice House in Lockport.

“The hospice experience begins not only with an initial call, but also with the first transport, which makes us very proud that the proceeds from this summer’s event were able to purchase a new ambulette for Niagara Hospice,” said Paul Beatty Sr., co-chair for the Jack Beatty Memorial Hospice Cruise & Clambake. “We look forward to continuing to support the mission and services that Niagara Hospice provides to Niagara County families faced with terminal illnesses. We are already planning for next year’s 20th annual event, for which my grandson, Paul Beatty III, will also serve as co-chair, along with Lori and Adam Burns.”

Prior to the ambulette service, patients were at the mercy of commercial transporters, and this dependence resulted in patients waiting for hours to be picked up, causing undue stress and anxiety. In 2007, Niagara Hospice purchased its first ambulette, and has on-staff emergency medical technicians who manage the transportation. Patient and family satisfaction reports indicate the service has substantial meaning and value. The first ambulette was in service for 11 years, transporting more than 4,000 patients while amassing 176,000 miles.

The 20th annual Cruise & Clambake will be held Friday, July 12, at the Youngstown Yacht Club. Registration will open Jan. 1 at niagarahospiceregatta.com. The event features local skippers and crews from various marinas on Lake Ontario donating their time and boats to take participants on a cruise up the Lower Niagara River. The clambake includes a cookout, basket and silent auctions and live music. All participants will receive a Mighty Niagara Discount Card and a custom Jack Beatty Memorial Hospice Cruise & Clambake shirt to commemorate the 20th anniversary.

The cruise portion generally sells out, as it has the past three years due to the limited amount of boats. Those who own a boat that can take more than six guests, and would like to participate or to sponsor, donate items or volunteer, can contact Maureen Rizzo at 716-280-0728 or [email protected].

Since 1988, Niagara Hospice, a 501(c)(3) nonprofit organization, has provided end-of-life comfort, care and support to more than 25,000 Niagara County individuals and families faced with terminal illnesses. For more information, visit NiagaraHospice.org or call 716-439-4417. 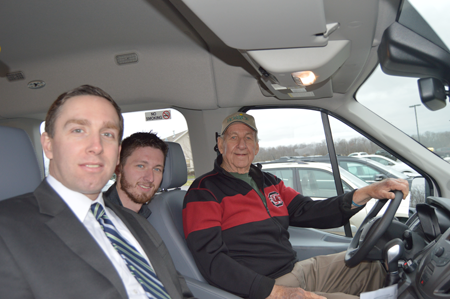