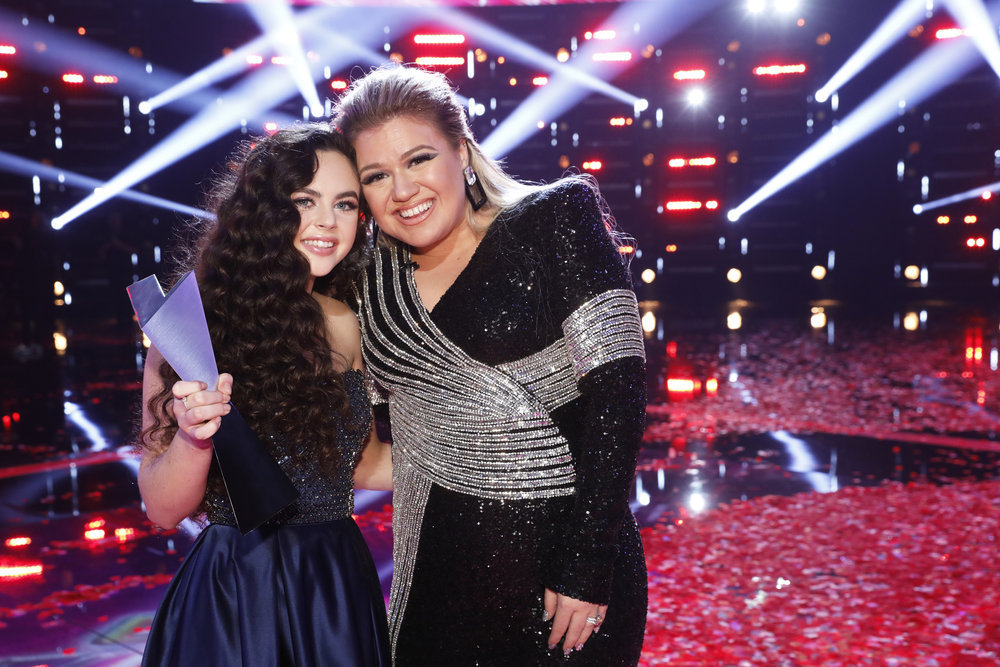 Chevel faced tough and talented competition from the other fop four finalists — Kirk Jay and Chris Kroeze from Team Blake, and Kennedy Holmes from Team Jennifer.

In her blind audition, Chevel earned a three-chair turn from coaches Clarkson, Blake Shelton and Hudson with a soulful and pure rendition of the Band Perry’s “If I Die Young.” Ultimately choosing to be a part of Team Kelly, Chevel went on to win her “Battle Round,” singing “You Look So Good in Love” by George Strait, as well as her “Knockout Round” with an authentic interpretation of “Travelin’ Soldier” by the Dixie Chicks.

Moving into the live playoffs, Chevel showcased her raw talent with a cover of “Grandpa (Tell Me ‘Bout the Good Old Days)” by the Judds that earned her a spot in the Top 13. Her distinct voice and defined level of consistency were displayed during the live shows with “Little White Church” by Little Big Town and “Space Cowboy” by Kacey Musgraves. Performances of “You’re Lookin’ at Country,” by Loretta Lynn, and “Blue,” by LeAnn Rimes, allowed Chevel to demonstrate her versatility and unique yodeling abilities, which got her voted through all the way to the finale.

On Monday’s telecast, Chevel debuted her original single, an emotional pure-country ballad titled “Broken Hearts,” which was co-written by three of Nashville’s hottest songwriters – Shane McAnally, Ashley Arrison and Aben Eubanks. Clarkson joined Chevel on stage for a duet of “Rockin’ with the Rhythm of the Rain” by the Judds, and Chevel gave it her all for her final performance of “It’s a Little Too Late” by Tanya Tucker.

On Tuesday’s finale, Chevel performed a special duet with Grammy-nominated country music duo Dan + Shay. Together, they sang the duo’s single “Speechless,” which is currently the No. 1 song on Billboard Hot Country and No. 1 on country radio.

At just 16 years old, Chevel has a fresh sound, but an old soul. She loves country music and the outdoors, and enjoys spending time doing crafts, feeding animals and fixing up cars with her dad. As for her name, it stems partly from her dad's love of cars (he named her after a Chevy Chevelle), but also because he thought it sounded like a “rock star name,” Chevel said.

With dreams to make an old-school country record and one day sing at the Grand Ole Opry, she is constantly impressing people with her big sound and powerful voice. Standing at 4’10”, the country singer is out to prove that big things come in small packages. Her classic country roots date back to when she started singing at the age of 2, and she’s been raised on country music ever since. Although thankful for all of the musical opportunities she had been afforded so far, she is ready for her talents to be heard beyond her small town.

As champion of “The Voice,” Chevel has earned the grand prize of a recording contract.

So far this season, “The Voice” has been television’s No. 1 most-watched alternative series, with the Monday edition averaging a 2.2 rating in adults 18-49 and 11.1 million viewers overall in “live plus seven day” averages from Nielsen Media Research. That Monday telecast is undefeated in its timeslot this season versus regular broadcast competition in the key 18-49 demographic.