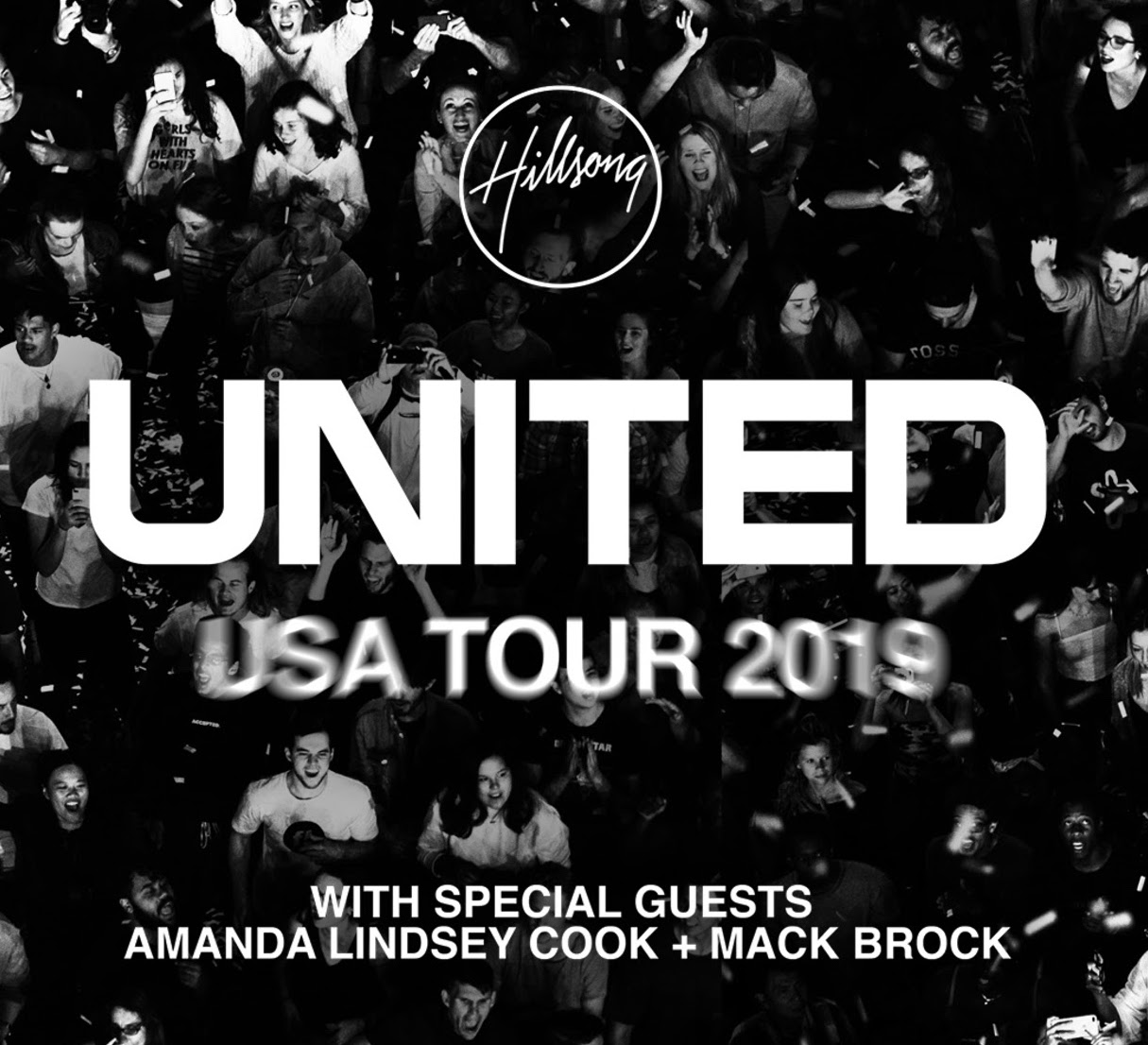 Hillsong UNITED returns to US for 2019 tour

Tue, Dec 4th 2018 03:35 pm
Australian-based, multi-Platinum-selling Hillsong UNITED has announced that, after three years, they are returning for their highly anticipated US tour in 2019. UNITED will be joined by special guests Amanda Lindsey Cook and Mack Brock (*lineup to vary by city). Tickets will go on sale Friday.
"It's been a few years since we have toured North America - we have a lot of music not yet road-tested and can't wait to be with you and sing these songs," said Hillsong UNITED. "We have been working hard on a brand-new experience and can't wait to have our friends Amanda and Mack with us!"
A press release stated, "Committed to creating a musical expression that speaks truth, creates a unique sound and connects people everywhere with God, Hillsong UNITED's mission is to write songs that awaken churches and individuals to the fact that we are redeemed and called into the story of God."
Locally, the show will visit Scotiabank Arena in Toronto on June 27.
About Hillsong UNITED
Hillsong UNITED is a multi-award-winning, platinum-selling act whose chart successes (repeatedly no. 1 on Billboard's Christian charts and up to No. 5 on Billboard 200) are only bested by the millions of lives they've impacted across the globe. Reporting over 50 million people singing from the Hillsong catalogue songs every Sunday, the modest band born from a youth ministry out of Hillsong Church in Australia touts a reach of over 10 million across all major social network platforms to date, including 1.49 billion minutes garnered from YouTube viewers.
Comprised of an evolving, eclectic mix of musicians and songwriters, the band is led by Joel Houston and Taya Smith, names that have become synonymous with Christian radio, dominating airwaves with every new release. Their last four studio albums have each topped the USA Christian chart, with "Zion" and "Empires" charting no. 1 ("Zion" recently also went Gold in the US); "Oceans," written by Houston and band member Matt Crocker recently went triple-Platinum in the states, counting 200-plus million streams and reigning on top of the Christian songs chart for a record 54 weeks.
In studio, on tour or at home, Hillsong UNITED is committed to writing songs that speak truth, create a unique sound and connect people everywhere with God, evident by the success they've seen globally. With over 42 countries and six continents and counting, Hillsong UNITED continues to sell out arenas and stadiums around the world, including sold-out nights at the Forum, STAPLES Center and The Hollywood Bowl in Los Angeles, The Toyota Center, Oracle Arena, Air Canada Arena, American Airlines Arena (Miami and Dallas), and Red Rocks to scratch the surface.
For more information, visit www.hillsongunited.com or @hillsongunited on all social platforms.
The tour is presented by Premier Productions.
Categories
Entertainment On Stage feature Top Entertainment News