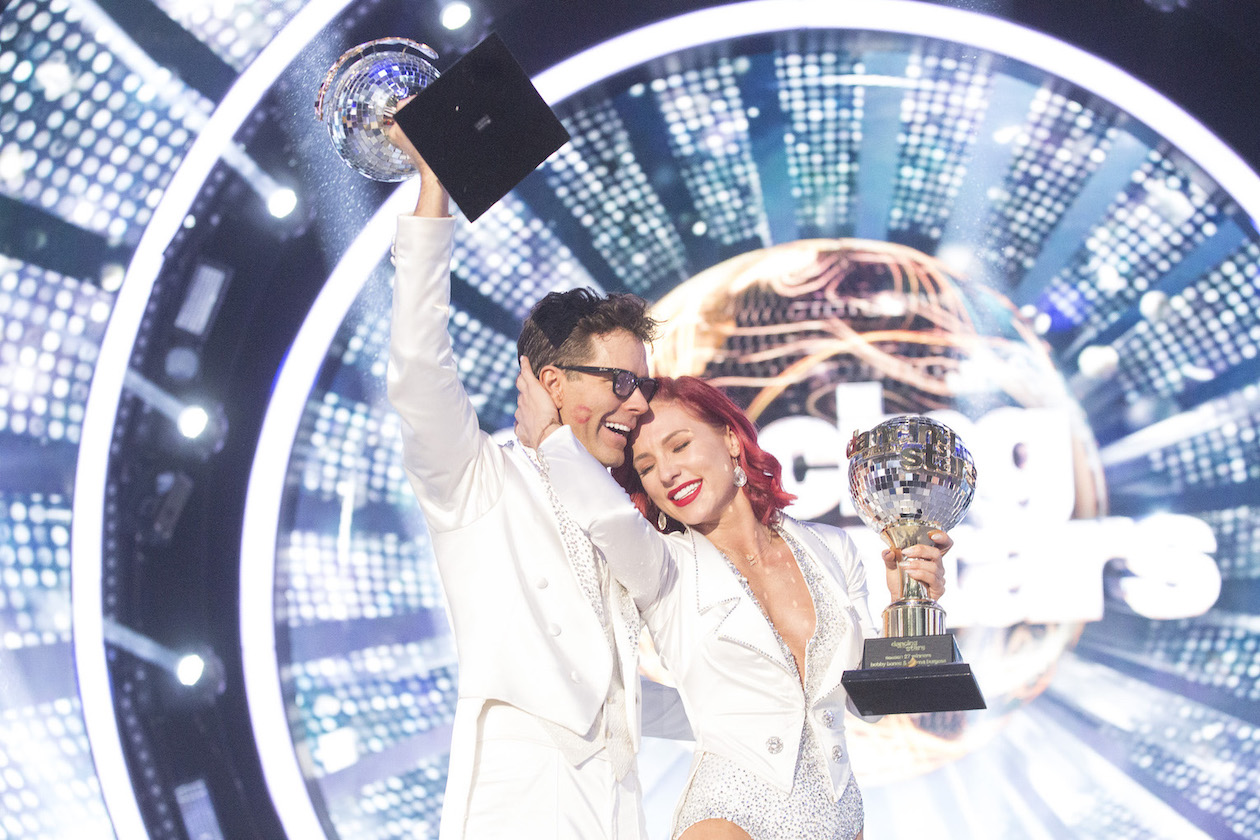 "Dancing with the Stars": After weeks of competitive dancing, Bobby Bones and Sharna Burgess took home the Mirrorball Trophy on Monday. (ABC photo by Kelsey McNeal)

Tue, Nov 20th 2018 01:25 pm
#TeamBeautyAndTheGeek wins coveted Mirrorball Trophy
After weeks of competitive dancing, the final four couples advanced to the season finale of "Dancing with the Stars," which aired live, Monday on The ABC Television Network, streaming and on demand. When all the scores were tabulated, it was music personality/host and reality TV mentor Bobby Bones and his partner, Sharna Burgess, holding the Mirrorball Trophy.
It was close race this season, with some of the most skilled and artful dancing celebrity contestants have ever pulled off. The remaining four couples had one last night of competitive dancing, vying to score extra judges' points and viewers votes. The first was a repeat performance in which the couples enhanced one of their best dances from earlier in the season. And in the last element of competition, the couples performed the most anticipated dance of the season: the fan-favorite, freestyle routine.
The two-hour Thanksgiving spectacular featured special performances by Dan + Shay singing their hit single, "Speechless"; Lauren Daigle singing her single, "You Say"; Avril Lavigne performing her latest single, "Head Above Water," alongside Alexis Ren and Alan Bersten; season 27's John Schneider performing "Walk a Mile in My Shoes"; Milo Manheim and Witney Carson dancing to "Living in New York City," performed by Robin Thicke; and a big dance number featuring a performance by Tinashe. In addition, the night included a grand opening number as an epic parade - complete with a marching band and floats - rolled from the streets to the ballroom. The entire cast returned to celebrate the conclusion of the season.
Each couple danced to the following songs (in alphabetical order):
Alexis Ren and Alan Bersten
Bobby Bones and Sharna Burgess
Evanna Lynch and Keo Motsepe
Milo Manheim and Witney Carson
Categories
Entertainment Top Entertainment News
comments powered by Disqus