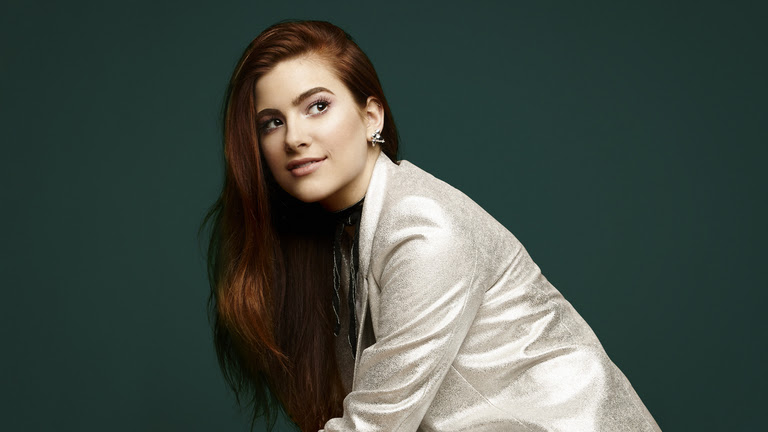 Fri, Nov 2nd 2018 03:45 pm
Listeners can unwrap "Have Yourself A Merry Little Christmas" and "Silent Night" from Riley Clemmons in a brand-new, digital multi-track unveiled today. This marks the first holiday tunes from the 18-year-old singer/songwriter who dropped her self-titled debut earlier this year to a resonating 27 million global streams.
"I wanted the vocal to be warm and 'Christmasy,' but also fresh and interesting," Clemmons said. "Collaborating with my producers, the focus was on finding a balance between the beauty of the classic and freshness of my personal artistic imprint. We wanted to create an experience with the songs that wasn't already out there."
Hitting Atlanta, Phoenix, Los Angeles and Denver, Clemmons joined friends Danny Gokey and Tauren Wells for a 30-city "The Hope Encounter" Tour. She made stops at Ryan Seacrest Foundation's Seacrest Studios in Atlanta and Charlotte while on the nationwide trek, which wraps this weekend.
To listen to the newest from Clemmons, click HERE.
About Riley Clemmons
Clemmons is a Nashville-based singer/songwriter signed to Capitol CMG whose sound is pop with spiritual depth. Her debut single, "Broken Prayers," skyrocketed at radio upon its release in early 2018, and has currently amassed 16 million global streams. Clemmons began writing at the age of 13 while maintaining the full-time demands of being a student. Fast forward five years, you find a seasoned songstress who has collaborated with some of the most talked-about writers on Music Row, including Emily Weisband and Josh Kerr. Aug. 3 marked the debut of her full-length, self-titled album.
Get connected with Riley Clemmons:
Categories
Entertainment On Stage feature